In 2004 four Lexington, Kentucky residents, all attending Transylvania University, attempted to steal some of the world’s most valuable books from their school’s special collections library, including John James Audubon’s Birds of America. The scheme was the brainchild of Spencer Reinhard (Barry Keoghan) and Warren Lipka (Evan Peters), two best friends from reasonably wealthy families who had no reason to attempt something so foolhardy. They rope fellow students Chas Allen (Blake Jenner) and Eric Borsuk (Jared Abrahamson) into their scheme, the quartet planning for their heist by spending more time watching films like Rififi and The Asphalt Jungle than they do almost anything else. 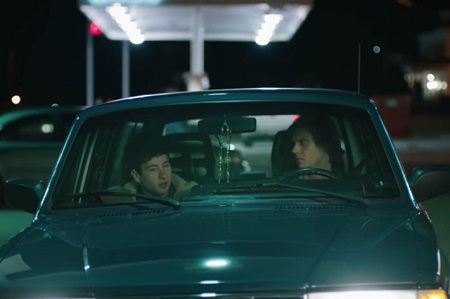 Part suspense flick, part documentary, writer/director Bart Layton’s American Animals, the award-winning filmmaker’s follow-up to his sensational 2012 doc The Imposter, is an exceedingly odd (if still observationally prescient) piece of work. A mixture of interviews with the real subjects involved in the case, including all four of the amateur thieves, as well as the Transylvania University librarian, Betty Jean Gooch, they inadvertently terrorized, as well as suspenseful reenactment with rising stars Keoghan, Peters, Jenner and Abrahamson right at the center of things, the movie is an inventive new take on both the heist thriller as well as the straightforward docudrama. It toys with memory in a way that clouds just how legit the events being depicted are, Reinhard and Lipka offering up different versions of key moments that make getting a firm grasp and the hows and whys of this attempted theft all the more ephemeral and pleasingly difficult to grapple with.

But because the film toggles back and forth between documentary and reenactment, Layton has a terrible time trying to maintain tension. By the time this crew goes through with their plan and find a number of ways to mess things up before making off with only a small handful of the precious literary works they were hoping to snag suspense is noticeably lacking. This is understandably due to the fact we’ve already met each of the guys during the interview portions that have been interspersed throughout. We know they don’t get away with it. We know they get caught. There’s never a question any member of their quartet is going to keep their hands on the few manuscripts they were able to somehow abscond with. It’s just the way it is, and because these truths are made known right from the start the finish isn’t exactly the breathless piece of suspense storytelling I’m sure some are hoping it was going to be.

Yet it’s all still pretty fascinating. Not only are listening to the recollections of Reinhard et al intriguing, watching all four actors portraying these characters is equally noteworthy. Keoghan, fresh off his unsettling, star-making turn in The Killing of a Sacred Deer, finds the story’s emotional center with hypnotic fidgety grace, while X-Men: Days of Future Past scene-stealer Peters oozes machismo as Lipka, his puffed-out chest concealing an infantile insecurity hungry for recognition and fame no matter what the cost. Jenner is also good, but his screen time is honestly rather limited, Allen nowhere near as complicated a figure as the other members of this small band prove to be. As for Abrahamson, he might just be the best of the bunch, the young actor mining sensitive veins so richly satisfying every moment spent watching Borsuk navigate his way through each event as it happens, especially during the actual theft, is positively golden in its hypnotic heartbreaking majesty. 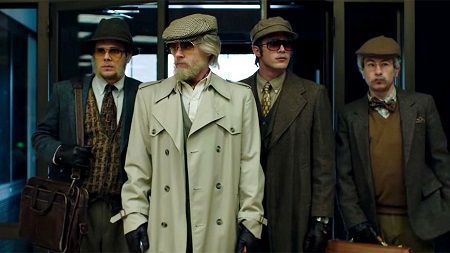 I kind of loved the Rashomon trick Layton waits until the best possible moment to reveal, the director forcing me to reconsider every single thing I’d just watched from a variety of varying perspectives I hadn’t even bothered to take the time to consider beforehand. There’s also some agreeably playful banter between Reinhard and Lipka that had me grinning madly, the snappy cadences of the filmmaker’s dialogue consistently keeping me invested in learning what either of them were going to say or do next. Layton also has a strong rapport with all of the real life individuals manages to score interviews with, especially the core foursome, and as such there’s a large part of me that almost wishes he’d made a full-on documentary about the heist instead of a hybrid motion picture that wants to bob back and forth like it’s some feature length “Unsolved Mysteries” instead.

Even if I don’t think the constant tonal shifts work as well as I imagine Layton wanted them to, American Animals is still strong on more than enough levels to make its narrative imbalances mean precious little as far the bigger picture is concerned. It’s insight into the current social and cultural malaise, a worldwide ailment seemingly acerbated by social media, the devolution in political discourse and the slow and steady drumbeat that asserts fame of any kind, no matter how heinous and vile it might obtained, is worth achieving whatever the cost, all of that is worthy of  debate and discussion. The filmmaker looks at this jolt of criminal lunacy and discovers universal truths viewers should take note of, this group’s failure revealing more about the human condition than initially meets the eye. 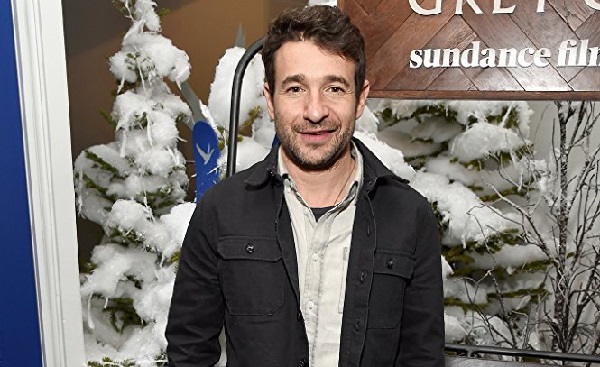