Kids Far from All Right in Arnold’s American Honey

Andrea Arnold does not make light and fluffy pictures. The Oscar-winner (Wasp, (2005)) anticipates audiences are smart, that they are intelligent enough to sift through a number of tough, esoteric cultural issues in order to find the truth lurking at the center of whatever tale it is she’s telling. Her first two narrative features, the impressively prescient Red Road and the mesmerizingly essential Fish Tank, don’t pull any punches and refuse to take the easy way out. Her last film, an adaptation of Emily Brontë’s Wuthering Heights, is an emotional stunner the filmmaker managed to make feel bracingly current, utilizing the author’s themes in a way that allowed them to take root in ways that were primal, heartfelt and pure. 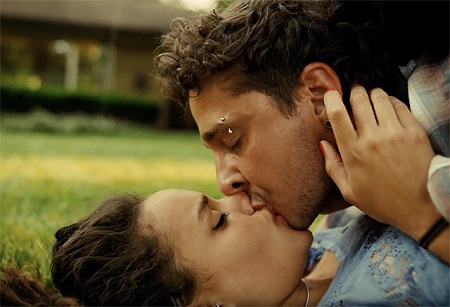 For her U.S. debut, American Honey, Arnold hits the road Jack Kerouac style, taking her cast and crew through the American heartland while telling a story about a teen girl, Star (Sasha Lane), who joins up with a group of magazine salespeople, dubbed a “Mag Crew,” as a way to potentially get out of poverty and make new friends. She is smitten with the happy-go-lucky charmer Jake (Shia LaBeouf) who recruited her out of a Wal-Mart parking lot. She is wary of the manipulative, seductively feral Krystal (Riley Keough), the tough-as-nails woman who controls the purse strings and sets all the rules. Most of all, Star is taken with the collection of fellow outsiders who make up the core of the Mag Crew, coming to look at them as the close-knit family she’s heretofore never really known until now.

At an epic 163 minutes, Arnold’s movie has the guts to take its time even if the story itself isn’t complicated. Instead, this is an observational romp through image, expectation and perception, the filmmaker dwelling both on how Star begins to see the world she’s suddenly been unleashed upon as well as how society itself makes assumptions about her and the rest of the ragtag Mag Crew. What can sometimes feel like nothing more than a supercilious descent into poverty in all actuality ends up being anything but, Arnold’s sights set a heck of a lot higher, and as such her film ends up being all the more essential because of this.

The grungy, haphazard quality of the narrative, reminiscent in many ways of Larry Clark’s 1995 drama Kids, is juxtaposed with the pure, simplistic beauty of the filmmaking itself. Robbie Ryan’s (Slow West) handheld, free-flowing cinematography manufactures a sense of individualistic grace that allows American Honey to achieve an internal elegance that’s touching. At the same time, Joe Bini’s (We Need to Talk About Kevin) lyrically dynamic editing allows for changes in tone and perception that are instantaneous and natural, and as such Star’s journey has a kinetically mesmeric quality that’s haunting.

Then there is Lane. Literally discovered by Arnold on a Florida beach while the young woman was enjoying her Spring Break collegiate holiday, the newcomer proves to be a fiery talent who is difficult to resist. In practically every scene of the film, everything seen through her eyes, Star’s awakening to the world around her is breathlessly realized. Even with minimal dialogue, Lane manages these emotional transitions with stupendous intimacy, allowing her climactic interior transformation to ring with the kind of optimistic ebullience that brought tears to my eyes. 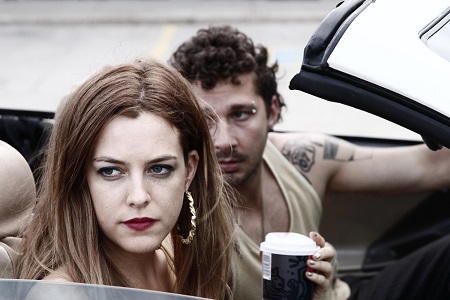 With LaBeouf and Keough, the latter of whom is marvelously terrifying, as the only real name actors making major appearances (Will Patton pops up for an important vignette, but his role is more of an endearingly grizzled cameo than it is anything substantive), the majority of the heavy lifting is left to the core group of youngsters making up the Mag Crew. They’re an intriguingly irresistible cross-section of America’s youth, each finding a way to make their mark utilizing the most minimal of screen time. Star’s interactions with them have genuine warmth, and I loved the way they could so often come together as one, usually doing so in complete silence.

American Honey, for all the heart it proudly wears on its sleeve (especially near the end), isn’t exactly the most uplifting story a person is ever likely to see, and dealing with all the Sturm und Drang for almost three full hours is admittedly grueling. But Arnold remains a craftily intelligent filmmaker, and there’s a lot more going on here than just a documentary-like overview of youth culture in the face of extreme poverty. The themes keep evolving long after Star’s story has come to summation, and while the kids are far from all right the sense of hopeful possibility that some of them might be makes enduring this tale’s harsher realities markedly worthwhile. 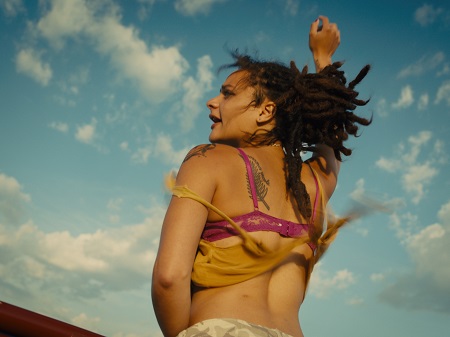