NOTE: The following essay is part of the Criterion Blogathon hosted by Criterion Blues, Speakeasy, and Silver Screenings.

There are movies from one’s childhood that shape us in ways we can scarcely understand at the time. There are aspects to our lives that have great impact on who we develop into. More often than not, these two worlds seldom collide. Then there are the moments when they do. 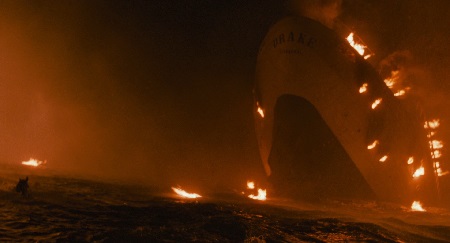 I can’t say I became passionate about film thanks to Carroll Ballard’s The Black Stallion. I can also say it didn’t hurt. While other motion pictures had a more definite impact upon my own relationship with cinema – Star Wars, Superman, Ran, Casablanca, The Wizard of Oz, Das Boot, all arguably played a bigger part on that front – few left a more immediate and profound impression than this 1979 adaptation of Walter Farley’s classic novel. Maybe it was because I’d been read the book as a kindergartner by my mother. Maybe it was because it was one of the first pieces of literature I set out to read on my own. Whatever the reason, Ballard’s visually sumptuous take spun me round in such deliriously entranced circles I almost didn’t know how to react, the final film a poetic realization of everything I myself had imagined yet also at the same time so much more.

I remember going into my Spokane, WA theatre not knowing what to expect. It was summertime, and one of the local independent houses was running their annual summertime children’s film series. It was here I was introduced to Willy Wonka & the Chocolate Factory. It was here I first saw Bud Abbot and Lou Costello knock heads with Frankenstein. It was here I experienced my first 3-D adventure surviving The Creature from the Black Lagoon. It was here I realized entertainment needn’t be in the English language for it to be wonderful, the sing-song Technicolor glories of The Umbrellas of Cherbourg still bouncing around in my head to this very day.

But The Black Stallion was a different animal entirely. I knew the book backwards and forwards; had spent countless hours obsessing over many of the author’s subsequent sequels. I felt like I knew hero Alex Ramsey and his magnificent Arabian stallion The Black as if they lived next door, and for the first time ever the thought that I could be disappointed by a movie ran through my mind as the lights went out and the curtain slowly pulled open. 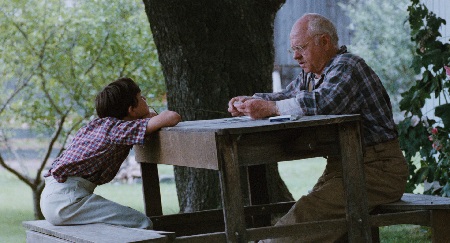 The very nature of “disappointment” disappeared within the first few minutes, Ballard showcasing a visual milieu that enveloped me completely. From the second we see Alex (Kelly Reno) eyeing The Black on the deck of the doomed ocean liner Drake, to the poignant moment between father (a superb Hoyt Axton, making the most of his limited screen time) and son where the story of Bucephalus and Alexander the Great is told, I was hooked, eager to discover where the film was going to take me next.

Said next was an isolated island in the middle of nowhere (actually the beaches of Sardina), Ballard, his cinematographer Caleb Deschanel and composer Carmine Coppola achieving a level of cinematic poetical excellence few films have ever come close to equaling. It is here, within this barren seaside landscape, friendship and brotherhood are achieved, a mistreated horse and a scared, lonely lost boy bonding to the point a symbiotic, life-affirming synchronicity develops allowing both to survive until rescue arrives. These moments speak to all the themes inherent in Farley’s source material and they do it with precious little dialogue, the filmmaker having the courage to allow his young, neophyte actor and his animal costar do all of the emotional heavy lifting for him with little additional augmenting on his, or for that matter the script’s, part.

It all builds to where we know it must. Tears from Alex’s mother (a striking, subtly restrained Teri Garr) upon her son’s return. Understanding between a boy and a veteran trainer (an Oscar-nominated Mickey Rooney) who come to mutual understanding, accompanied by a fatherly bond, when both become obsessed with seeing what exactly The Black is possible of achieving on the race track. Euphoria when a boy and his prize companion free themselves from the shackles of conformity, spiritually returning to their time alone on the island, countless thousands of excited spectators urging them on as they do.

The thing is, Ballard, along with screenwriters Jeanne Rosenberg, William D. Wittliff and the late, great Melissa Mathison, bring all of this to life in ways that do not feel contrived, are remarkably free of melodrama, always making sure to see things through the eyes of the soulful protagonist as events progress. For children, relating to all that is taking place in regards to Alex is easy to do. For adults, the sheer pristine purity is like a shock to the system, a reminder of dreams happily dreamt and aspirations joyfully aspired to whether they ended up being realized or no.

Ballard would go on to reunite with Deschanel again on 1996’s similarly divine Fly Away Home, a based-on-fact tale of a young girl dealing with the traumatic death of her mother by leading a motherless flock of geese north for the winter in an ultralight airplane designed by her inventor father. That film is almost equally glorious, and it’s clear the lessons they both learned while making The Black Stallion over a decade-and-a-half prior were taken to heart. 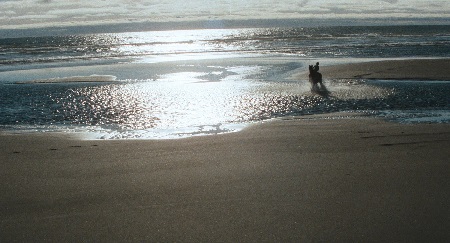 But nothing compares to the pair’s initial foray in the cinematic maelstrom together. The Black Stallion was Ballard’s first narrative feature as director, Deschanel’s second as cinematographer, and yet one would never know just how inexperienced both were if they were not told about it. There is a level of control on display that goes above and beyond, and while each had to know just how sumptuous the visual compositions they were manufacturing were there’s never an instance where the pursuit of pretty pictures is put above the emotive dynamics working at the center of Alex’s journey.

In the end, that’s the key. Ballard understood that this horse and this boy had to live this adventure, had to feel it to their core otherwise the audience would not do the same. And so I sat there, awestruck, mesmerized by the intimate simplicity, relating to Alex’s expedition so completely I rushed home and reread Farley’s novel over the next few days just so the feeling of euphoric understanding would not subside too quickly. This is The Black Stallion to me, a film that is imbedded in my heart, and a masterpiece I will treasure and hold dear for the rest of my life.

For more on the Criterion Blogathon, head on over to Criterion Blues  for a daily recap of all the terrific writing associated with classic film and our good friends at the Criterion Collection.