“We’re here for the Crites.” 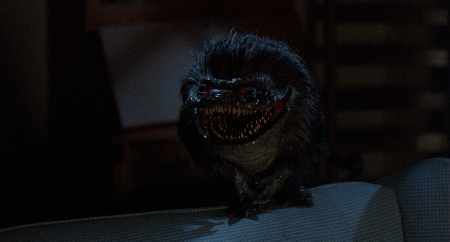 After breaking out of their asteroid prison, tiny carnivorous fuzzballs known throughout the Universe as “Crites” end up landing in the field of Kansas farmer Jay Brown (Billy Green Bush) and subsequently begin to eat everything and anything in sight. Soon they’re terrorizing his entire family including wife Helen (Dee Wallace Stone), eldest daughter April (Nadine Van Der Velde) and son Brad (Scott Grimes), and before the night is out it’s an open question as to whether or not the whole lot of them aren’t going to end up a dinner snack for their interstellar visitors.

Inevitable comparisons to Joe Dante’s classic Gremlins notwithstanding, 1986’s Critters is a heck of a lot of tongue-in-cheek fun. Silly, over-the-top and goofily rambunctious, there’s a palpable sense of joy throughout the film that’s honestly kind of infectious. Director Stephen Herek (his first trip behind the camera) handles things with confidence while the late Domonic Muir’s script is a lot craftier than it might initially appear. There are also some wonderful supporting performances from M. Emmet Walsh, Lin Shaye, Don Opper and Broadway veteran Terrence Mann, the latter two appearing in all four films in the series. Leaving the best or last, one simply cannot talk about this ridiculous cult favorite without mentioning puppeteers and creature crafters extraordinaire brothers Charles, Edward and Stephen Chiodo, their inspired work on this film undeniably setting the stage for what would be their arguably most memorable triumph, 1988’s Killer Klowns from Outer Space.

No surprise, Critters is the best film in the series. It’s slight and silly, but it’s also marvelously entertaining and it’s no wonder fans have continued to enjoy it so much for over 30 years. 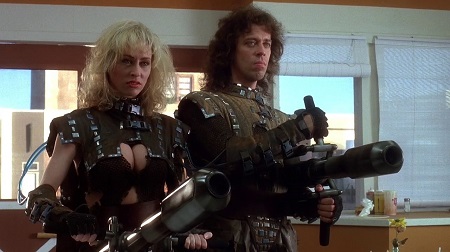 When Brad Brown (Grimes) returns to his small Kansas hometown for an Easter visit, he tries his best to downplay the reasons for why he and his family were forced to leave not so long ago. But when a batch of Crite eggs hatch suddenly he’s the guy everyone turns to in order to figure out how to eradicate them before they eat their way through the entire town and its terrified populace. He’s assisted by a former classmate, Megan (Liane Curtis), while bounty hunters Ug (Mann) and Lee (Roxanne Kernohan) are also on hand to annihilate the Crites before they become too numerous to easily control. Also back to help is Charlie (Opper) who has been off assisting the bounty hunters on their interstellar adventures, the former town drunk now ready to do whatever he can to ensure Brad and the rest of the town survives.

While not quite as enjoyable as the first film, Critters 2: The Main Course is an undeniably more ambitious film than its predecessor. It’s also pretty darn funny. New director Mick Garris does a nice job staging a number of wonderful set pieces, not the least of which is a bonkers climactic bit where the Crites transform themselves into a massive wrecking ball of flesh-eating fury that’s positively inspired. There’s also a great comedic supporting turn from Barry Corbin (taking over for M. Emmet Walsh who decided not to return) as now the former Sheriff Harv that’s all sorts of delightful. It’s all still pretty slight, and goodness knows it remains as silly as ever, but as sequels go this one is a heck of a lot of fun and worthy of being rediscovered now that it’s available on this swanky new Scream! Factory Blu-ray. 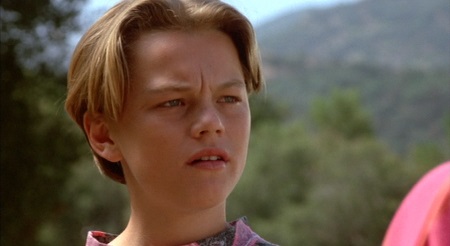 Straight-to-video release shot back-to-back with its sequel Critters 4, Critters 3 is likely best known for being the theatrical debut of future international superstar and Academy Award-winner Leonardo DiCaprio, but as he never, ever talks about making the movie you’re forgiven if you didn’t know that. But it’s actually a little bit of a pity that he so stridently refuses to include this one on his resume because he’s actually quite charming in it, and as kid performances in throwaway genre films go he’s honestly pretty good. Not great, mind you, and certainly not showcasing the range or depth he would just two years later in What’s Eating Gilbert Grape?, but he’s still fun to watch, and for a movie that appears in many ways to be trying to figure things out as it goes along that’s not a small thing at all.

As for the plot, this time the Crites end up moving out of Kansas into the big city, terrorizing an entire rundown apartment complex whose residents are on the verge of being evicted. Charlie (Opper) returns to try and save the day, while Ug (Mann) pops up right at the end in order to set up Critters 4. The Chiodo Brothers, working with a far smaller budget, still pull off some amazing puppet work involving the Crites, and there are a couple of nice set pieces courtesy of director Kristine Peterson that are undeniably charming. But the movie is a clear step in the wrong direction after its two predecessors, and other than the DiCaprio curiosity factor there’s not a lot here to get excited about. 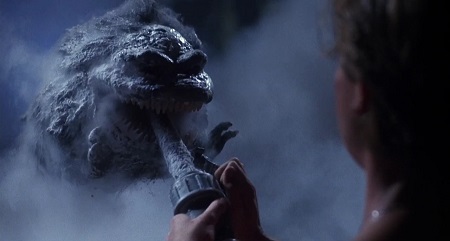 Speaking of Critters 4, how do you take a premise of Crites going berserk aboard a spaceship while an accidentally cryogenically unfrozen Charlie (Opper) attempts to stop them in a film that includes the likes of Brad Dourif and Angela Bassett in its cast and make it so oddly boring? That’s sadly just what happens here. Heck, the Crites are barely in this thing, while the budget constraints on this one are even more noticeable here than they were on Critters 3. There’s just not a lot to say, and while the film is hardly embarrassing other than completing the series and seeing this story play out to a conclusion there’s just not any reason for anyone to give this concluding chapter a look.

Critters 3 and Critters 4 are also presented on separate 50GB Blu-rays (MPEG-4 AVC Video) each with their own 1.85:1 1080p transfers, they just don’t happen to be anywhere near as swanky.

There is a massive wealth of material split between all four films here, and for fans of the series much of it is worth devouring multiple times. Unsurprisingly, the best extras can be found on the discs for Critters and Critters 2, but that doesn’t mean those retrospective making-of featurettes for Critters 3 and Critters 4 aren’t still worthwhile as well. Make no mistake, the gang at Scream! Factory have simply outdone themselves here. Extras include:

“They Bite” – The Making of Critters (71:05) – Please note, the “Critters” box states Scott Grimes sat down for an interview for this retrospective featurette. Sadly, he’s nowhere to be found.

“The Main Course” – The Making of Critters 2 (63:00) – Please note, the “Critters 2” box states Scott Grimes sat down for an interview for this retrospective featurette. Like “Critters,” sadly he’s still nowhere to be found.

As I said, it’s a plethora of material, and for Critters fans making one’s way through it all is a decidedly scrumptious meal.

There’s a reason the Critters series has remained so popular for the past three-plus decades, the first two films winningly inventive and hugely enjoyable even if they’re also undeniably slight and purposefully silly. While the third and fourth films in the series do leave something to be desired, the first two are a heck of a lot of fun, neither losing an ounce of their combined charm since their original release.

Scream! Factory’s four-film set is magnificent, and for fans of the series this box set comes highly recommended.