Ambitious Wall Street stockbroker Lockhart (Dane DeHaan), on the verge of a major promotion, is given an unusual assignment by the executives currently in charge of his firm. It seems their CEO, Pembroke (Harry Groener), has lost touch with reality, sending a letter claiming he has no intention to return to his company and that he has decided to remain at an exclusive spa in the Swiss Alps for the foreseeable future. With a massive merger with another firm in danger of falling apart due to his absence, these executives task Lockhart with going to the spa and bringing back their CEO, and in no uncertain terms do they press upon him that failure isn’t an option. 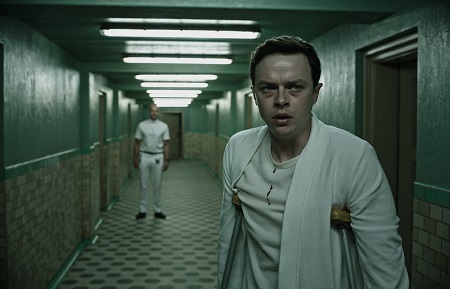 I won’t say anything more as far as plot is concerned as it pertains to director Gore Verbinski’s (Pirates of the Caribbean) ambitious, surreal and deeply unsettling metaphorical horror-thriller A Cure for Wellness. Rest assured, this spa, run by a secretive German named Dr. Volmer (Jason Isaacs), is quite the unusual place, its residents not so much getting better as they are transforming into an emaciated zombie-like state they seem to have few if any issues about. It’s a mystery inside a puzzle trapped within an enigma lurking in the center of a nightmare, Lockhart’s chances of discovering what is going on, let alone escaping from this mountain fortress, dubious at best.

Working from a story he concocted with screenwriter Justin Haythe (The Lone Ranger, Revolutionary Road), it’s safe to say Verbinski’s reach far exceeds his grasp at times. This is a long, sometimes pretentious enterprise, one that calls to mind influences ranging from Stanley Kubrick, to Kaneto Shindô, to John Carpenter, to Tod Browning, to Val Lewton, to Rod Serling, to Roger Corman. At the same time, it’s decidedly original, telling a horrifying tale of self-determination, ambition, malice, greed, kindness, regret and love that continually got under my skin. The film is beautifully terrifying, and while not every piece works near as well as some of those around it, I was so swept inside the intoxicatingly gruesome ambiance the director had created I could have cared less about any of the elements that didn’t work while reveling in all of the ones that did.

Unsurprisingly, this is a visually opulent affair. Exquisitely designed by four-time Oscar nominee Eve Stewart (The King’s Speech, The Danish Girl), featuring astonishing art and set direction, the movie is a feast for the eyes, something to look at, revel in and dissect seemingly in every frame. Bojan Bazelli (Pete’s Dragon) shoots things magnificently, he and Verbinski choosing to engage in a series of long, exaggerated takes where the camera becomes a window into the soul of the health spa, slowly but surely revealing it to be an unparalleled house of horrors. It’s an unnerving approach, one that fits the material nicely, and even at almost two-and-a-half-hours in length not once did I look at a watch, grow bored by anything that was happening or wish to leave my seat.

Not that some sequences don’t drag on a little too long or prove to be a little on the obnoxious side of the equation. There’s a subplot concerning the inhabitants of the village below the spa that never quite works, one extended bit where Lockhart journeys into their midst to hopefully get a handful of answers obnoxiously underwhelming. It also never makes a great deal of sense as to why the staff at the spa aid and assist Dr. Volmer as they do, their mindless obedience more taken for granted than it is satisfactorily explained. Finally, while the climactic maelstrom of fire and fury is certainly exciting, it’s also much too on-the-nose considering how ephemeral and inexplicably nondescript the majority of the story is, bringing things to a somewhat literal close that’s not altogether satisfying.

Even so, A Cure for Wellness captured me within its disconcerting web. I found DeHaan to be a suitably complex and wounded hero, his selfishness and egotistical superiority giving way new to feelings of sacrifice, determination, resilience and even love with compelling specificity. I was also quite taken with veteran British actress Celia Imrie (Bridget Jones’s Diary, Highlander), her performance as one of the spa’s wealthy clients a fascinatingly cryptic marvel that grows in luminous intensity as her character’s story arc draws to a disturbingly ghastly close. 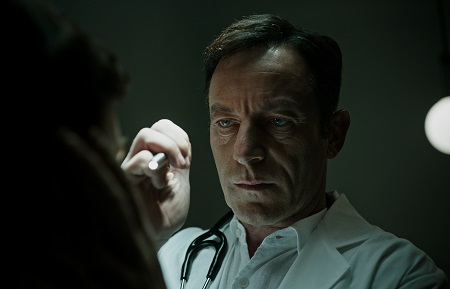 Best of all, though, is relative newcomer Mia Goth. The young actress is dazzling, and while the less known about her character the better, rest assured she navigates through some unbelievably complex terrain with attention-grabbing aplomb. Equal parts naive and knowing, fragile and resilient, Goth gives the movie notable texture, continually pushing Lockhart to discover the truth even if his doing so might lead to unimaginable tragedy. She’s glorious, the luminosity the actress displays striking in its mesmerizing virtuosity.

Verbinski has always been a stylistic filmmaker, one who can justifiably be taken to task for not caring a lot about the substance just as long as it all looks amazing and crafts a disquietingly chilling spell. But when he manages to combine his more florid visual tendencies with a solid script, like with his remake of The Ring, the Oscar-winning animated feature Rango and the criminally underrated dark satirical comedy The Weather Man, the director typically creates features that are impossible to resist. While I need to dive into these particularly nerve-racking waters again for another swim, I find myself believing A Cure for Wellness deserves to be amongst Verbinski’s best, and the more I dissect its various layers the more confident in that determination I find that I become.