If you’ve never seen Tommy Wiseau’s 2003 epic failure The Room, just know it is a one-of-a-kind marvel of cinematic incompetence unlike anything I’ve maybe seen before. It makes Ed Wood (Plan 9 from Outer Space, Glen or Glenda) look like an unparalleled genius. It could lead one to believe that Uwe Boll (House of the Dead, Postal) isn’t nearly as inept as his odious filmography would imply. The Room is an eye-popping masterpiece of ego and stupidity run amok, all of it wrapped up in a nonsensical melodrama about love, loss and friendship that is as cliché as it is self-importantly maudlin. To put things bluntly, it is gloriously awful on an almost unimaginable scale, and as such deserves its status as some sort of weirdly obnoxious cult midnight phenomenon. 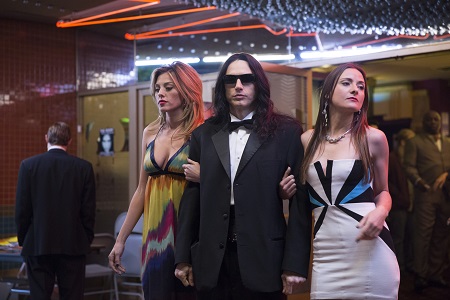 It’s not necessary to have seen The Room before watching James Franco’s marvelous, hilariously insightful look at its creation The Disaster Artist, but having familiarity with it certainly doesn’t hurt. Even with that being the case, Franco has outdone himself, his direction of Scott Neustadter (The Fault in Our Stars) and Michael H. Weber’s (Paper Towns) delightfully nuanced script (the pair adapting Greg Sestero and Tom Bissell’s best-selling book, The Disaster Artist: My Life Inside The Room, the Greatest Bad Movie Ever Made) light years beyond anything he’s accomplished up to now behind the camera. From an acting standpoint he’s even better, the former Oscar-nominee turning in a performance as Wiseau that’s up there with the finest 2017 has had to offer up to now.

The genius of Neustadter and Weber’s screenplay is that it doesn’t choose to focus on the failure. Instead, the pair have concocted a scenario that emphasizes that friendship between Tommy Wiseau (Franco) and Greg Sestero (Dave Franco), the pair meeting in a San Francisco acting class and discovering that they share a mutual love for cinema. Making the impulsive decision to move to Los Angeles in order to follow their dreams, the men quickly take up residence in Wiseau’s shockingly sprawling downtown condo. When things don’t work out like either hoped, Sestero jokes that things would be so much easier if they could just write, direct and finance their own movie instead of jumping through hoops to act in someone else’s picture. But Wiseau doesn’t treat this suggestion as a gag, and almost overnight he’s personally financing, directing, producing and scripting a feature film he also plans to star in as well.

What follows isn’t just an examination of ineptitude. While it’s obvious to everyone that Wiseau is in way over his head as it pertains to every single aspect of filmmaking known to human beings since the inception of the medium over a century ago, his passion is never in doubt. His relationship with Sestero is the heart and soul of the story, the two becoming something akin to brothers as events regarding the movie the pair is attempting to make catapults to its inevitably catastrophic conclusion. As such, the elder Franco’s casting of his younger brother Dave ends up being so much more than a stunt, the two actors forging a symbiotic give and take that feels utterly genuine for every second of the 103-minute running time.

It’s this insight into the Wiseau and Sestero relationship that allows the numerous laughs lurking inside this comedic masterwork to have their gut-busting kick. But it also gives them emotional heft and resonance, and much like Tim Burton’s Ed Wood, Franco finds a way to balance the absurd and the human in a manner that is invigorating. As a directing achievement, this is fairly impressive stuff, the level of specificity as it pertains to details ranging from the highly technical to the deeply personal assuredly spot-on. Franco manages to craft jokes that crackle with electricity, the entire section of the film centering on the production of The Room extraordinary.

He’s even better from an acting standpoint. Franco delivers one of the best performances of his career, maybe even exceeding his spellbinding turns in Danny Boyle’s 127 Hours and Rob Epstein and Jeffrey Friedman’s Howl. His version of Wiseau isn’t some “Saturday Night Live” caricature. Instead, Franco dives in, finding cryptic little corners inside the peculiar man’s ticks and quirks that are fascinating. His mesmerizing turn overflows with intensity, his fanatical fervor achieving a surreal form of pathos and miserable mystery that’s oddly heartbreaking. 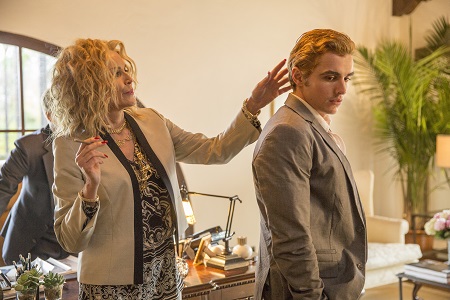 I get the feeling that Franco feels some sort of kinship with Wiseau, which might be why he’s managed to make such a compelling motion picture out of the wannabe filmmaker’s historically awful failure. Intermixed between his busy acting schedule, James Franco has somehow found the time to direct 36 shorts, features, documentaries and episodes of episodic television since 2005, and more than a few of those, as ambitious and as well-meaning as they are, aren’t particularly good or worth the effort of seeking out. Heck, according to the folks over at IMDb he’s got five directorial projects set for completion in 2018 alone, a staggering number for any filmmaker, let alone one who also has a thriving acting career to maintain at the exact same time.

Maybe that kinship is why this movie works out as magnificently as it does. Overflowing in genuine laughs, featuring career-best work from Dave Franco and a number of winning supporting turns from an all-star cast (which includes the likes of Seth Rogen, Alison Brie, Josh Hutcherson, Ari Graynor, Zac Efron, Megan Mullally, Jacki Weaver, Melanie Griffith and Sharon Stone), the story at the heart of all of this also manages to connect on a profound emotional level that I found unexpected. By channeling his inner Tommy Wiseau, James Franco manages to craft an intentional comedic sensation out of an unintentionally hilarious failure, The Disaster Artist rising to a level of genuine greatness that’s astonishing.