Love After Love is a spectacularly well made, intelligently constructed and beautifully acted motion picture. Its depiction of the lingering aftereffects of death, of how grief wreaks havoc across the board refusing to take prisoners, all of that adds up to something profound by the time things reach their cathartically fatalistic conclusion. Director and co-writer Russell Harbaugh delivers a passionately minimalist John Cassavetes-like drama worthy of as much praise as likely will be thrown its way, the finished feature a promising debut I imagine a great number of viewers will be talking about fondly for the remainder of the year. 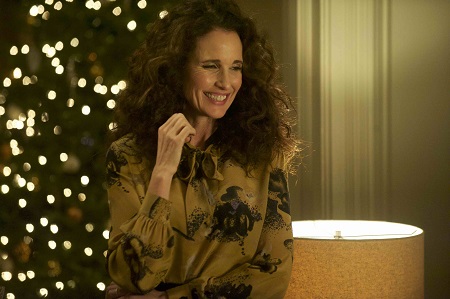 So imagine my embarrassment and frustration to admit that I didn’t enjoy watching Love After Love. At all. Not for almost a single second of its brief 91-minute running time. I just had trouble developing a connection to what was going on, and while individual scenes crackled with necessarily brittle emotional elasticity, and while screen veteran Andie MacDowell delivered a magnificent, soul-searing performance, I still had a damnable time trying to connect to anything that was happening.

Do not misunderstand me. I respected the heck of what Harbaugh was attempting to do. The director’s script, co-written with Judy Berlin and 3 Bedrooms filmmaker Eric Mendelsohn, is viscerally aggressive in how it analyzes grief, magnificently unafraid to use humor, anger, silence, longing and regret with unflinching virtuosity. The pair have sculpted an intelligent scenario that follows a close-knit collection of character with a graceful, unforced ease that’s remarkable, and because of that I won’t begrudge anyone who chooses to stare at me sideways with a shocked, dumbfounded look as they try to figure out why I didn’t enjoy a heartfelt and authentic human drama that apparently had so much going for it.

The plot is moderately straightforward and by would likely make a playwright like Eugene O’Neill (The Iceman Cometh) or Arthur Miller (Death of Salesman) smile in respectful appreciation. When family patriarch Glenn (Gareth Williams) dies after a horrifying battle with throat cancer, Nicholas (Chris O’Dowd) and his younger brother Chris (James Adomian) each try to move forward in their own lives even as an overwhelming sense of grief shadows their every move. Meanwhile, their mother Suzanne (MacDowell) also attempts to carry on, eventually finding solace in another man’s arms much to the chagrin of her two sons. Together, this trio bob and weave through the days and the months even though each feels as if the foundations they’ve built their lives upon is slowly crumbling beneath them, and even if they don’t always agree with the decisions the others might make, only as a family will they be able to put this loss behind them and regain some semblance of collective balance.

Chris doesn’t get nearly as much development as Nicholas and Suzanne do so Adomian has a more difficult time crafting a memorable character. He does have a sensational last scene, delivering a stand-up routine at a comedy club that is funny, sincere, cathartic and genuinely moving. O’Dowd is quite good, mainly because he does such a terrific job of not trying to hide any of his character’s more selfishly ugly qualities. There’s this great scene between Nicholas and Suzanne at a dinner party, the two sitting together casually while the rest of the family and their guests scurry about, and it’s clear the two have already had a bit to drink and are right on the verge of being tipsy. They’re having a discussion about happiness, what that word means to each of them and whether or not they currently have it in their own lives. It’s a splendid mother-son moment, and it isn’t until later we figure out exactly what it is Nicholas is hinting at when he answers Suzanne’s questions, O’Dowd doing a fine job of concealing his characters true adulterous longings with a mixture of self-effacing innocence and cryptically oblique charm.

But it is MacDowell who shines brightest. The veteran actress is magnificent. Delivering what might be a career-best performance, MacDowell can’t do a single thing wrong, finding emotional beats inside of Suzanne that are oftentimes entirely unexpected. There is a scene where the collegiate drama professor is dressing down one of her female students for delivering an audition in an outfit she feels is inappropriate, that the young woman is using her sex appeal and not her talent to secure a good grade. The thing is, Suzanne’s reaction is born both from her belief in the student’s ability but also in the fact she’s still reeling from Glenn’s death. The way MacDowell changes her vocal inflections while at the same time contorting her body into a variety of different positions almost as if she were an angry tortoise moving in and out of her shell as if she didn’t know which way she wanted to go, all if it is extraordinary. If anything, I wish the movie spent more time with her than it does, the sections revolving around Suzanne without question the only ones I couldn’t take my eyes off of. 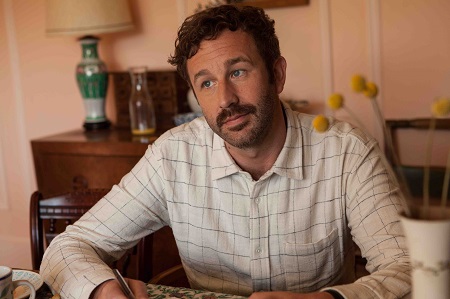 All of which sounds great and, make no mistake, that’s what it is. And yet, I took very little in the way of pleasure sitting through this film. As smart and as complex as the narrative Harbaugh and Mendelsohn have composed might be, personally it just kept me at arm’s length. I also think it’s possible I hated Nicholas the longer I was forced to be around him. Even if O’Dowd’s performance is undeniably strong, this character just worked so many of my nerve endings watching him self-destruct as if he were teenage cutter slicing up his arm with a metaphorical razor just wasn’t for me.

I should point out just how richly rewarding composer David Shire’s (All the President’s Men) dexterous score proves to be. Equally stunning is Chris Teague’s (Landline) impressionistic cinematography, the way he and Harbaugh allow scenes the freedom to play themselves out at their own richly winsome pace sublime. With MacDowell’s magnificence holding things together, and with the filmmakers showing an resolute ability to cut to the emotional heart of the matter with such incisive meticulousness, the fact that I don’t particularly care for Love After Love near as much as I probably should is as surprising to me as it likely will be to anyone else. Yet this movie, for all its laudable aspects, left me wanting for more, a personally frustrating turn of events to say the least.