It’s been a rough year for Warner Bros and DC Comics. Batman v Superman: Dawn of Justice was supposed to be their answer to Disney and Marvel, a shot across the bow signifying the start of another cinematic universe of super-powered heroes audiences would delight in and critics would extol the virtues of. It would be the glorious lead-in to future projects which included 2017’s double-whammy of Wonder Woman and Justice League, their roster of heroes (which includes Batman, Superman and The Flash, among many others) dwarfing just about anything The Avengers could ever hope to assemble for battle. 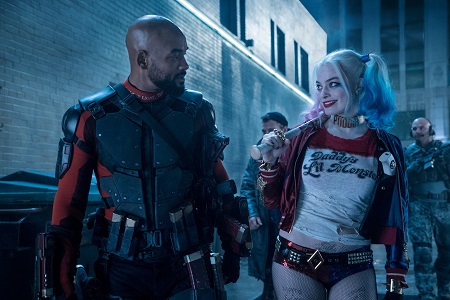 Or so they thought. While not exactly doing badly at the box office, receipts for Batman v Superman were hardly stratospheric, while critic reaction was, to put it politely, rather savage. The film’s director Zack Snyder, while not banished from the Warner Bros lot, saw his duties plotting the course for the DC universe significantly lessened. The studio also went out of its way during this year’s Comic-Con in San Diego to present trailers for both Wonder Woman and Justice League that purported to show that they’d heard the complaints from fans and critics alike and made adjustments accordingly, the response to both presentations exceedingly rapturous.

But the big play for Warner Bros and DC was going to be this opening of Suicide Squad, an anarchic adaptation of the imaginative, genre-bending comic book series writer and directed by End of Watch and Fury impresario David Ayer. Featuring a star-studded cast that includes the likes of Will Smith, Viola Davis, Margot Robbie and Jared Leto portraying the likes of famed villains and antiheroes Deadshot, Amanda Waller, Harley Quinn and the one and only Joker, the film showcased a series of color-mad, imaginatively rambunctious trailers that had fans frothing at the mouth and critics understandably curious to see if it could live up to its obvious potential.

Sadly, not only add Suicide Squad to the growing list of summer 2016 disappointments, you can also chalk it up as Warner Bros and DC’s second strikeout as it pertains to their desire to craft and create an extended cinematic universe for its roster of heroes. Ayer’s film, while perfectly cast, while oozing potential out its neon-colored pores, while featuring an opening 20 minutes that are intriguing, unique and, most of all, amusingly subversive, manages to be the kind of mind-numbing disaster that grows worse and worse the more one thinks about it. The script is an untidy mess that’s as lazy as it is uninspired, the central conundrum facing this roster of bad guys forced to be heroes a nonsensical hodgepodge of lunacy that makes practically no sense whatsoever.

The idea is simple enough. With the threat of aliens as powerful as Superman or an army of angry meta-humans an uncomforting possibility, ethics-be-damned federal agent Amanda Waller (Davis) puts forth an intriguing idea to the brass at the Pentagon. She wants to assemble a super team of a collection of criminals she dubs the “worst of the worst,” assuring even the most skeptical general she has the means to control them no matter what challenge they might present. The group will be led by patriotic American hero Col. Rick Flag (Joel Kinnaman) and overseen by soul-stealing ninja Katana (Karen Fukuhara), small explosive charges embedded in each villain’s neck a little extra incentive that will ensure they’ll follow orders no matter how dangerous they prove to be through to the bitter end. 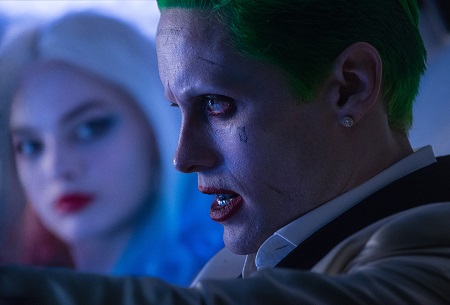 Unlike Fox’s freewheeling Deadpool, Ayer is constrained by his film’s PG-13 rating, and what could have been an anything goes, violently satirical free-for-all sadly becomes anything but. The director is forced to play it safe throughout, and as such this team of in it for themselves bad guys never feel nearly as dangerous or as lethal as they most unreservedly should. The last third, in particular, is something of a magnificently lethargic drag, and while Ayer stages the action reasonably well the fact there is no emotional component to anything taking place makes most of what transpires almost impossible to care about.

Yet the cast is sensational, on that point there is little to debate. All the actors bring, if not their A game, something reasonably close to it, and even when the script limits their ability to creatively maneuver they still manage to make each of their respective characters uniquely interesting in and of themselves no matter what. Some (Smith, Kinnaman, Fukuhara, Hernandez) get more of an opportunity than others (Beach is frustratingly underutilized), while some (namely Courtney) have explosive intros only to be forgotten about as things move towards their climax. Each somehow manages to put their stamp on the proceedings, allowing for interest to be maintained even when things get so tiresomely formulaic I almost felt like taking a nap.

But the best performances, or at least two of them, are also the most problematic. Robbie is a mesmerizing Harley Quinn, but the perfunctory way Ayer tells her origin story is rather troublesome. He keeps it at face value throughout, almost as if he’s unsure of the best way to handle the character other than to just hint at the brutal, psychologically destructive misogyny that fuels it and then run in the opposite direction. It’s a testament to Robbie’s ferocious fearlessness that this isn’t nearly as offensive as it potentially could have been. Even when the filmmaker spends way too much time ogling his actress’ assets there’s something about the carnal, craven playfulness that she brings to the role that kept me intrigued, and when Quinn undoubtedly returns in a future story here’s hoping she’s given more substantive, and less demeaning, to do.

Then there is Leto’s Joker. There have been plenty reports of the actor’s on-set antics (which included gifting one of his costars a dead rat) in order to keep in character, and to say he commits himself fully to his portrayal of the iconic villain is an absolute fact. And he’s terrific, forging ahead in a manner that is entirely different than what predecessors Jack Nicholson, Mark Hamill and Heath Ledger did with the role. But he’s a phantom, filtering in only occasionally, a side secondary character that Ayer felt compelled to add almost as if he were forced to and not because he’s an organic facet of the story he is trying to tell. Leto is a maelstrom of malice ready to explode at any second, and one could only wonder what might have been had he been more central to the proceedings than he sadly proves to be. 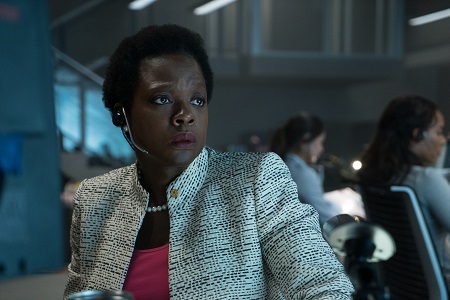 The only one who gets out of this entirely unscathed and is utilized just about perfectly is Davis, her depiction of the duplicitous, underhanded Waller superb. On the other side of the equation, poor Cara Delevingne is stranded in the unenviable position of being forced to portray not one but two thinly written, haphazardly realized characters, archeologist June Moone possessed by the 6,000-year-old soul of an Aztec sorceress dubbed the Enchantress. The young actress can’t seem to get a grasp on either woman; the way Ayer forces her to jump back and forth making it impossible for her to ground either of them in a way that could be deemed authentic or genuine. Both June and Enchantress remain nondescript throughout, and considering the latter ends up playing such a big part in the events poised to rip the human world to shed this is a major problem the film is never able to overcome.

I’m still excited about Wonder Woman, that Comic-Con trailer so outstanding I can’t help but continue to hope director Patty Jenkins has managed to accomplish what Snyder and now Ayer have failed miserably to achieve. But the studio’s continued mishandling of these characters is just plain baffling at this point, Suicide Squad potentially even more of a disaster than Batman v Superman ended up proving to be. While that’s not entirely accurate, that doesn’t mean the movie is safe from condemnation, and as misfires go this is one comic book debacle Warner Bros and DC are going to have a hell of a time trying to recover from.