After losing against Metatron (Curtis Armstrong), Dean Winchester (Jensen Ackles) is resurrected by the First Blade and the Mark of Cain burned into his arm. Problem is, he’s a demon, and of all beings walking on the planet at this moment the one keeping him attached to his former humanity just happens to be the King of Hell himself, Crowley (Mark Sheppard).

Meanwhile, Sam (Jared Padalecki) has learned from past mistakes and will not give up on his brother, determined to do whatever he can to get the First Blade out of Dean’s hand and return his humanity to him. The angel Castiel (Misha Collins) helps as best he can, but without his Grace, not to mention with all the turmoil going on in Heaven, there’s not a whole heck of a lot he can do at the moment. But a greater evil is lurking out there, one unlike any this ragtag group has faced before, removing the Mark of Cain from Dean’s arm potentially doing more harm than good. 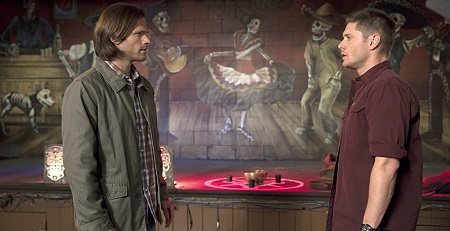 I almost can’t believe we’re still here talking about Supernatural. How many times was this show almost canceled? How often during its first few seasons was it rumored to be at the very top of the CW bubble list of show unlikely to return in the Fall? Yet, here we are, roughly a month before the premier of Season 11, looking back on the 23 episode arc of Season 10. I almost don’t know what to say.

Emphasis on the “almost.” The reality is I do know quite a bit to say. Supernatural is one of the my favorite television programs of all-time. It’s funny. It’s scary. It’s imaginative. It’s well cast. The direction and the writing continually topnotch. This is a television program that’s always done a fairly good job of keeping the audience on their toes, keeping things continually grounded by making sure to Sam and Dean Winchester and their brotherly bond remains the key focus all else revolves continually around.

At the same time, post the glorious fifth season, make no mistake, as interesting and as fun as succeeding seasons have been this series has rarely been as consistently exemplary as it was during its first 100 episodes or so. You can only watch Sam and Dean trade places as each runs in circles seemingly to save the other while making proud assertions about “family” and “brotherhood” and “the family business” before it all becomes something of an unintentionally humorous running joke. There’s only so much the writers can do to shake things up, the subsequent narratives not nearly as surprising as they consistently were early on in the show’s run. 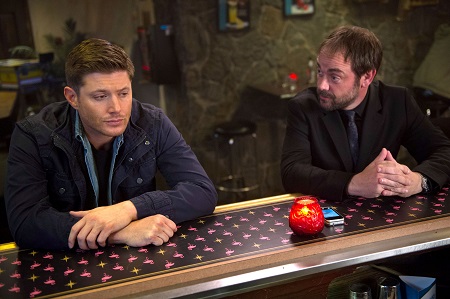 But just when I think Supernatural has run its course, just when I think the showrunners can’t do anything to catch me off guard, along comes an episode like “Fan Fiction” (the show’s 200th) to remind me why I love the continuing adventures of Sam and Dean as much as I still do. Inspired, filled with winning performances and scripted to near perfection, this meta musical episode is so good it gives the second half of season 10 a serious kick in the pants it giddily makes the most of for the remainder of the 23-episode run.

More than that, while the season finale isn’t as awesome as many that have come before it, that doesn’t mean it’s a letdown by any stretch of the imagination, setting up a battle against “Darkness” for Season 11 that has me decidedly intrigued. Supernatural may not be what it used to be, and while it’s certainly more prone to dropping the ball than used to be the case (the way fan-favorite Felicia Day is treated this season is just deplorable), that doesn’t mean the show has worn out its welcome. For me at least, I’m still interested in seeing what happens to Sam and Dean next, their battle against the forces of evil an ongoing adventure I’m happy to continue to be a part of. 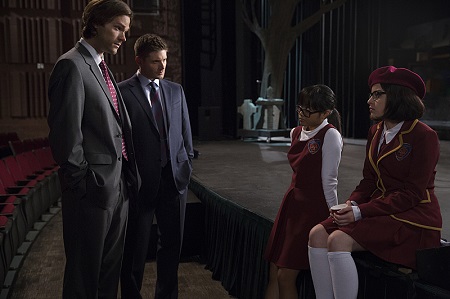 Audio Commentary on Episode 10 “The Hunter Games” with actor Curtis Armstrong, director John  Badham and writers Eugenie Ross-Leming and Brad Buckner – One of the strongest assets this show still has going for it is an ability to attract top-line filmmakers into the director’s chair, the man behind Wargames and Blue Thunder most certainly one of those.

Audio Commentary on Episode 11 “There’s No Place Like Home” with actor Felicia Day, director Phil Sgriccia and writer Robbie Thompson – Day obviously adores her time on Supernatural and it shows in her commentary, all of which makes what happens to her character later in the season even more upsetting.

Audio Commentary on Episode 14 “The Executioner’s Song” with actor Timothy Omundson, director Phil Sgriccia and writer Robert Berens – I like this episode, liked it quite a bit, but I haven’t gotten around to listening to this commentary track as of yet. Sorry.

A Very Special Supernatural Special – Cast and crew look about at Seasons 1 thru 9 and talk about their favorite moments.

The Winchester Mythology: Battling the Mark and the Blade – A closer look at the mythology inherent to season 10’s various plot strands and character arcs.

Supernatural FANS – A brief featurette chronicling the relationship between the show and its unbelievably passionate fan base.

A Digital Copy of Season 6 is included with this release.

Supernatural remains a fine show. Very well acted, filled with terrific moments and always overflowing in strong ideas, there’s definitely still a ton of imagination propelling the ongoing saga of Sam and Dean Winchester forward. But the seams in all of this have been starting to show for some time now, as is the over-familiarity, and I’d be lying if I didn’t admit one of my absolute favorite television programs of all-time might have finally started down the path of wearing out its welcome. Still, I’m keeping the faith, and as far as series Blu-ray sets are concerned this is one of the best Warner has put together for the show yet, and as such comes more or less highly recommended.