After his librarian mother Elaine (Michelle Williams) dies in a tragic auto accident, Minnesotan Ben (Oakes Fegley) discovers a bookmark leading back to a store in New York City, the inscription on the backside leading him to believe it might have been left by the father he sadly has never met or knows a single solitary thing about. Only a single day after a freak incident during a lightning storm leaves him deaf, the precocious youngster decides he simply must know more about this strange bookmark. Taking the hidden cash his mom had stashed for a rainy day, Ben hops a bus for New York and ends up after much hardship and running around at the Museum of Natural History where he’s lucky enough to meet Jamie (Jaden Michael), the two kids striking up an instant friendship. 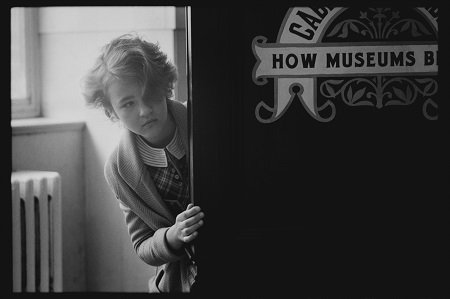 Roughly 50 years prior in 1927, defiant adolescent Rose (Millicent Simmonds), deaf since birth, runs away from tyrannical father Dr. Kincaid (James Urbaniak) and snags the ferry to New York, her brother Walter (Cory Michael Smith) sending his sister a postcard informing the child their estranged actress mother Lillian Mayhew (Julianne Moore) has returned to the city from Hollywood to star in a play on Broadway. Things do not go exactly as planned, their reunion now what she hoped it was going to be. Finding her way to the Museum of Natural History, Rose is astonished by all she sees, outwitting a number of overzealous security guards as she attempts to experience everything the museum has to offer.

It can be taken for granted that director Todd Haynes (Carol, Velvet Goldmine) rarely, if ever, is going to repeat himself. In the case of Wonderstruck, a gloriously tender PG-rated search for the truth, family and friendship, he has crafted a heartfelt nugget of regret and awe that’s overflowing in emotional resonance. Working from a script by Brian Selznick (who adapted his own best-selling book), the movie deftly slips through time and space in order to tell a story that hits home in a number of surprising and imaginative ways. Almost a silent film, the way it tackles notions of self are truly sublime, an aura of graceful longing and a sincere thirst for knowledge permeating this adventure right from the first frame.

Haynes balances his two stories with mesmerizing exactitude. Ben’s tale is almost like something out of a Disney movie from the 1970s or ‘80s. Straightforward. Spunky. Overflowing in pizzazz but totally unafraid to plant its heart right on its sleeve and then leave it there for the audience to look at for the duration of the film. Ben meets Jamie in about the most adorable way imaginable, the manner in which they slip into instant friendship even though one of them is freshly deaf beguilingly naturalistic. Their effortless banter, the intelligence fueling it, the way they slip into being a pair of Hardy Boys out to solve a mystery that somehow begins at the museum and ends who know where, all of it is sensational, watching them figure it all out an invigorating joy.

The 1927 piece of this puzzle is even more exquisite. Shot in luxurious black and white, composed and edited to appear almost like one of Lillian’s Hollywood silent films, Haynes digs into Rose’s world with an inquisitive simplicity that revels in the minutia of her unique situation. The filmmaker goes out of his way to achieve a sensory similarity between the film and the situations the girl is dealing with as a deaf child in an unforgiving world that doesn’t know how to react or deal with her particular disability. Rose’s journey through the museum is particularly sublime, everything viewed with a wide-eyed rapture that’s coupled with a hunger to learn as much as possible that’s just about perfect.

These two stories will of course join together into one, but how they will do so when they’re separated by nearly five decades is a continual whodunit I was eager to solve. Granted, what leads them to connect is hardly a surprise, and anyone who can put two plus two together (and hasn’t already red Selznick’s book) will likely have it all figured out before the big reveal can take place. Even so, Haynes finds a way to make this moment of understanding extraordinary, an empathetic catharsis occurring for all of the principle players in this whimsically magical melodrama in a way that had my heart soaring into the stratosphere potentially never to seen again. 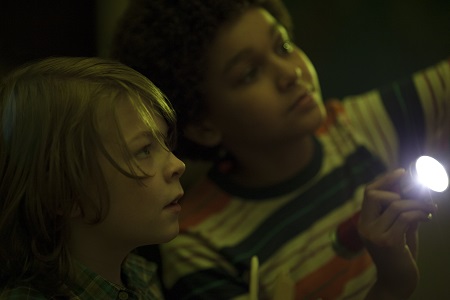 Cinematographer Edward Lachman’s (Carol, Far From Heaven) camerawork is some of the finest of the veteran’s long career. Even with two distinct sides to the film, two entirely unique color palates and visual structures, there’s nothing obnoxious or pretentiously showy about any of the two-time Academy Award nominee’s compositions, and even as it flips back and forth between the eras there was never an instant where things felt insincere. Lachman’s work is incredible, and in all actuality there’s little more on the matter that needs to be said.

The children are superb, as is Moore, while Tom Noonan pops up in a key supporting role late in the film that’s absolutely priceless. The climactic third of this story had me sitting on the edge go my seat constantly pushing back tears, the last images a heartfelt celebration of perseverance and empathy I wanted to sit in my seat and revel in long after the screen faded to black. Wonderstruck is a goldmine of emotional purity, its cabinet of wonders one I cannot wait to open again as soon as I can.