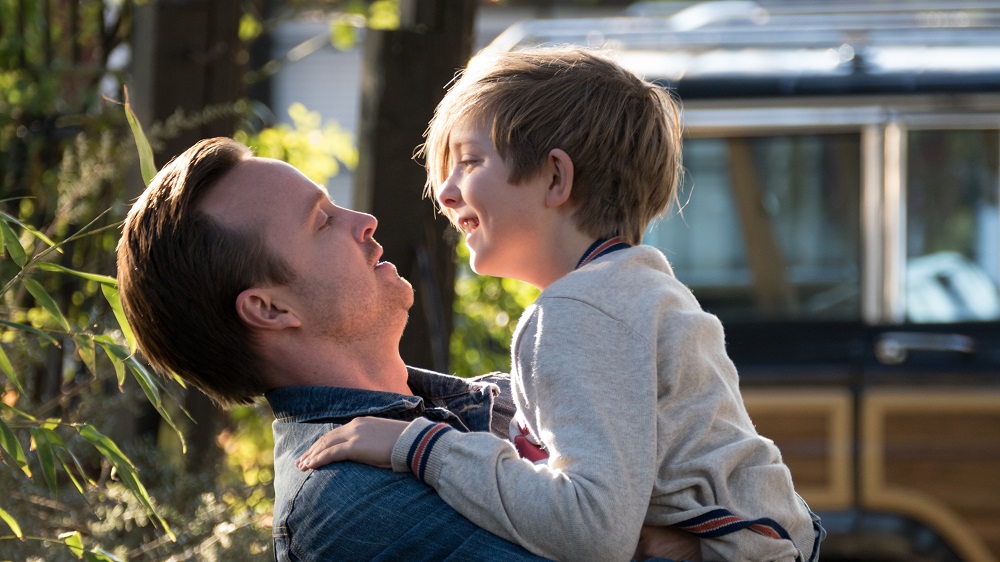 Life and Death Inseparable in the Story of Louis Drax

In his short life, Louis Drax (Aiden Longworth) has managed to live through eight near-death accidents. On his ninth birthday, his latest one might actually end up doing him in. Currently in a coma, under the care of the caring Dr. Allan Pascal (Jamie Dornan), with his mother Natalie (Sarah Gadon) in a constant state of worry and his father Peter (Aaron Paul) being hunted by the police, the boy is stuck in limbo, searching for answers that could be the key to his survival. 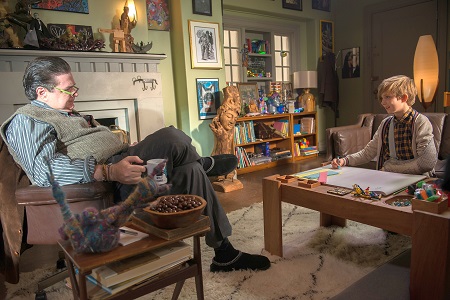 With a nameless underwater creature as his guide, Louis heads deep within his own psyche looking for the truth. Back in the corporeal world, Dr. Pascal is driven to do the same, his latest patient’s plight one he feels oddly connected to in ways he hasn’t before. At the same time, he’s also drawn to the grieving Natalie, finding something about her that makes him willing to do things that put his livelihood, and his marriage, in jeopardy. Together, he and Louis are both out to solve the same mystery, and with the help of psychologist Dr. Michael Perez (Oliver Platt), they might even be able to do it together.

Having never read Liz Jensen’s The 9th Life of Louis Drax, I had no idea what to expect as it pertained to horror master Alexandre Aja’s (The Hills Have Eyes, High Tension) latest flight of fancy. While I had guesses aplenty, not once did I surmise he’d be making some sort of strange, psychologically dense supernatural drama that felt like something ripped from cinematic pages composed by Tim Burton, Guillermo del Toro and Douglas Sirk. Make no mistake; this is one fantastical journey inside the psyche that most decidedly will not be everyone’s proverbial cup of tea.

But it was mine. With a fascinating, multilayered script by actor-turned-writer Max Minghella, I found this to be a stirring adaptation built on a story I was continually intrigued by. Told in part by Louis himself, in other ways seen through the eyes of Dr. Pascal, the back-and-forth nature of this journey was one I happily responded to. I was fascinated at the way the screenplay juxtaposed the fantastical with the terrifying, the mystical with the mournful, and while the answer to the central mystery wasn’t hard to figure out somehow that didn’t make it any less powerful.

Aja, while not at the height of his powers, still does a marvelous job, managing to keep the melodramatic nature of the scenario from overwhelming things. If anything, he’s almost too measured at times, too reserved. The performances rarely, if ever, go to anything approaching an extreme, and across the board the entire cast is asked to underplay things to a dizzying degree. While this grounds things in an innate form of humanity that is laudable, it also makes differentiating between emotional variances sometimes difficult, thus diluting the veracity of Dr. Pascal and Natalie’s flirtation noticeably.

Still, I’ve always loved the director’s visual chops, and he’s certainly on point here. Working once again with frequent cinematographer Maxime Alexandre (this is their fourth collaboration), the pair manufacture a hypnotic spell that is sweeping in scope yet delicately personal in execution. The same goes for Rachel O’Toole’s (The Possession) creative production design and Nigel Evans’ (Deadpool) art direction, the overall effect manufacturing an almost childlike psychedelic quality that traverses the minefield between adolescence and adulthood nicely. 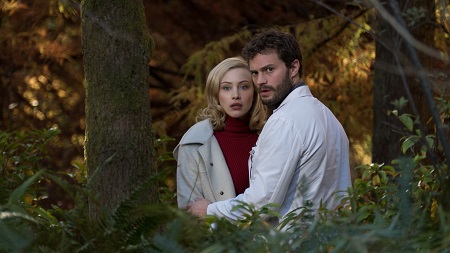 Admittedly, I’m not entirely sure how I feel about Dornan. Maybe it’s the residual bad taste left in my mouth after Fifty Shades of Grey, maybe he should be forced to only portray characters that allow him to use his natural Irish accent, but there was something about his performance that just felt a little bit off to me. I was never sold on Dr. Pascal, never cared as much about him as I kept feeling like I should have. Other than a few of his scenes with Platt and a rather nice, if far too brief, moment with Barbara Hershey (playing Peter’s understandably perplexed mother Violet), he was just too stiff, too rigid, to fully engage me, the remainder of the cast thus forced to do the majority of emotional heavy lifting.

Thankfully, they’re all more than up to the task, Gadon especially, who is downright superb. Her character is easily the film’s most complex creation, Natalie’s motivations coming from a place a personal distrust that border on terrifying. Paul is also wonderful, as is young Longworth, the two sharing a number of effective scenes together, one late in the picture drawing from me a couple of quiet tears I honestly did not see coming.

I can’t see anyone shrugging their shoulders in aloof indifference after watching The 9th Life of Louis Drax. Some will love it, others will hate it with a poisonous passion that will defy belief, but few, if any, will walk out of the theatre thinking it was only okay. Even if all the pieces didn’t fit as nicely as I wanted them to, even with my not being one over by Dornan’s performance as I am certain I was supposed to be, I’m still drawn to Aja’s latest in ways I can hardly describe let alone fathom. This story touched something inside of me that was primal, that was pure, its magical point-of-view more grounded in concrete everyday reality than some will initially allow themselves to believe. 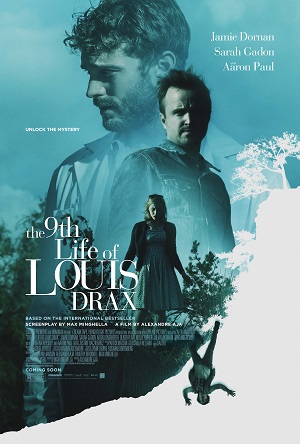