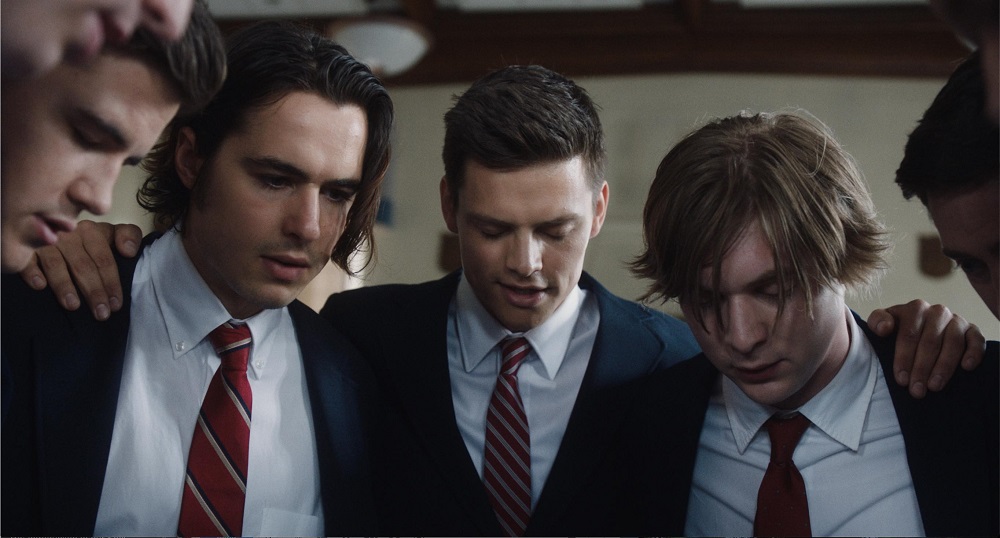 A victim of a horrific assault that left him barely clinging to life, teenager Brad Land (Ben Schnetzer) still has his sights set on joining his older brother Brett (Nick Jonas) at college and is absolutely determined to pledge his fraternity. Urged on by their mutual friend Gus (Gus Halper), joined by his dormitory roommate Will (Danny Flaherty), Brad is initially excited about his prospects in making it through the hazing process. 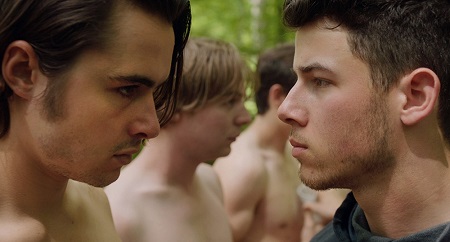 But as events progress, as events get more and more extreme, the young man is starting to wonder if all this pain, hardship and humiliation is going to be worth by the time things have come to an end. Even Brad, a devoted member of the fraternity is starting to wonder if Gus and the rest of his Greek system housemates are taking things too far, questioning their collective tactics as the hazing gets increasingly destructive. In the end, it is a horrifying tragedy that forces Brad to finally take action, putting his relationship with those closest to him, all of whom supported him after he was beaten and left for dead, at risk as takes steps to do what feels is right.

Directed by Andrew Neel (Darkon), based on Brad Land’s best-selling memoir and born from a script written by Neel, David Gordon Green (Prince Avalanche, Joe) and Mike Roberts (King Kelly), the college drama Goat is not for the faint of heart. It’s a hard watch, the film going to places of unparalleled darkness and depravity as it incisively peers into the heart fraternity hazing as closely as it can. While not always able to complete avoid sensationalism, never feeling as documentary-like as I couldn’t help but think the filmmakers intended, the movie is nonetheless a shocking descent into debauchery that’s as gripping as it is disgusting, Neel delivering a searing portrait of abuse I’m not sure I could have torn my eyes away from had I wanted to try.

It’s not all pain and suffering. Thankfully, Neel and company do infuse a bit of lightness and levity into things where they can. James Franco (who also helped produce the film) shows up a couple of time as a former frat member unable to let go of the past and intent on extolling the lifelong virtues of becoming part of this ferociously masculine form of brotherhood. There are also some initially silly bits between Schnetzer and Flaherty before the hazing starts, while some of the early party scenes could have easily been inserted into Richard Linklater’s Everybody Wants Some!! from earlier this year and almost no one would have been able to tell they had been.

Overall, however, this is a movie that spends a lot of time analyzing the degeneracy the pledges are forced to endure in their drive to become part of the fraternity. The drinking, the violence, the verbal abuse, none of it is given a short shrift. The script refuses to paint things even in a moderately rosy light, the terrible cost on the psyches of these pledges virtually beyond belief. Much like Land’s memoir, there is no interest here in cutting the fraternities anything remotely resembling slack. The transformation of the actual members of the house is nearly as hellish and as terrible as what those allowing themselves to be grotesquely degraded are going through, the ease in which these seemingly intelligent young men allow themselves to become monsters positively frightening. 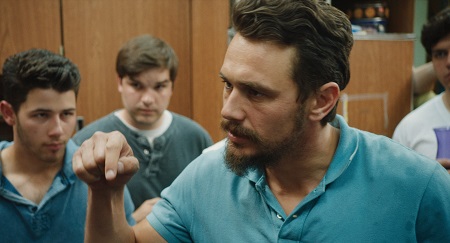 The aggressiveness of these depictions can become a little much, as can the melodramatic way Gus goes from being a sensitive and caring friend to the paragon of complete and total evil. As solid as the script is, the pieces don’t always fit together in a convincing manner, especially as they pertain to an unimaginable tragedy that forces Brad and Brett to reanalyze things as they concern the fraternity. Additionally, Jonas looks the part of self-possessed frat boy, his emotional range isn’t nearly what it should be, his awakening to the horrors of what is happening, as well as his own part in the hazing rituals, not nearly as genuine as I felt like they needed to be.

Schnetzer, on the other hand, is terrific, his star-making turn as Brad so lived-in and authentic the actor most known for supporting turns in Snowden, Pride and The Riot Club disappeared entirely into the role. I felt everything he was going through, believed every second of his journey, and as such the movie manages to overcome a great deal of its more obvious shortcomings with very little obvious effort. It’s a grand performance, one that signals big things are likely in the offing from Schnetzer at some point in the future, and personally I can’t wait to see if he is able to fulfill that promise sooner rather than later.

The shock and awe aspect of Goat can be tiresome, the assaultive nature of the hardships endured by the pledges so viscerally bracing I felt so bludgeoned as I left the theatre I couldn’t fully analyze the film I had just watched until a day or two later. While far from perfect, Neel’s latest is a magnetically compelling ride into the depths of human depravity that feels like an absolute necessity, especially right now. It’s a movie that needs to be seen, and as hard as it can be to watch here’s hoping audiences take the time do so all the same. 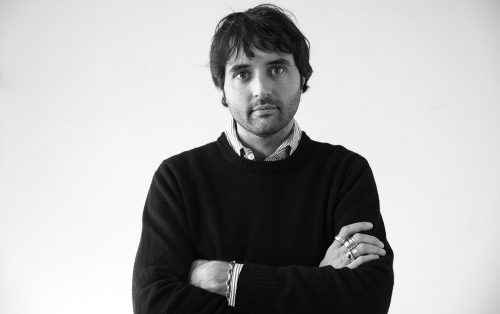 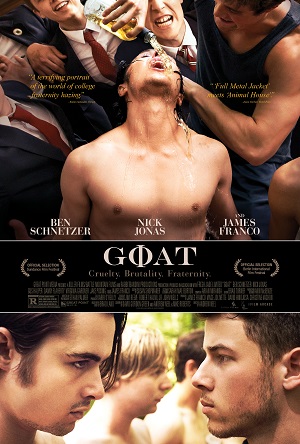