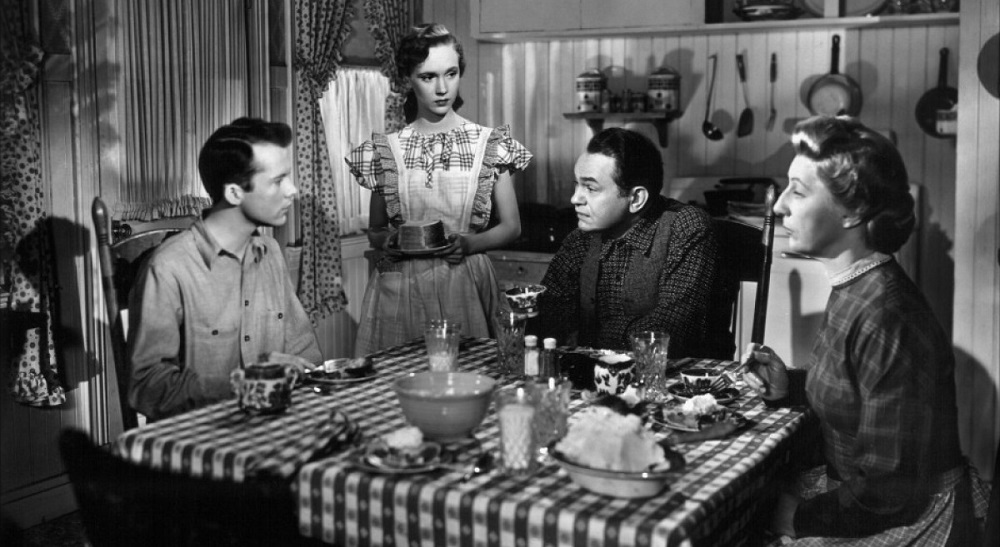 “Don’t put such a high price on courage, it’s an over-rated virtue.”

Piecing together the plot of The Red House is both exceedingly simple and frustratingly upsetting, because while the pieces fueling George Agnew Chamberlain’s source material are familiar, the way they are woven together are often convoluted and coincidentally bothersome. But as a movie? As a movie The Red House is an oft overlooked gem, a minor noir (well, sorta noir) masterwork handsomely directed by veteran Delmer Daves (3:10 to Yuma, Spencer’s Mountain) and expertly anchored by star Edward G. Robinson. It’s a fascinating character study dripping in dread and tension, and while its more melodrama than thriller, the paranoia of the post-war, rural American setting is undeniable throughout. 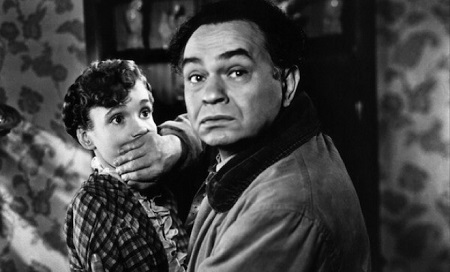 Essentially a tale of dueling romances and shifting emotions, at the heart of things is the relationship between one-legged farmer Pete Morgan (Robinson) and his new farmhand Nath Storm (Lon McCallister), a local boy who has caught the eye of Morgan’s adopted daughter Meg (Allene Roberts). She’s not the only one with a crush on him, and he’s not above stoking the fires of amour whenever he has the opportunity. But the kid is also looking for a father figure, and he’s maybe found it in Pete, and two men connecting on a number of levels as each has quite a few problems, and demons, to overcome.

It’s masterfully acted across the board, especially by Robinson, while Daves directs with his usual steady, confidently self-assured hand. More gothic drama then it is full-on noir, The Red House is nonetheless a fascinating curio piece, and while its emotional components are a little overwrought at times, the power they have over the viewer still remains undeniable making the film an underappreciated gem worthy of rediscovery.

The Red House is in the public domain, and as such has received a Blu-ray release in the past. Unlike their release of Kansas City Confidential, I cannot say The Film Detective’s new disc is an improvement over the one that hit shelves courtesy of the Film Chest back in 2012. The audio and video upgrades are marginal at best, thus making the absence of any extras whatsoever a little more egregious this time around. Still, this is a terrific movie, one worthy of rediscovery, so no matter which Blu-ray one adds to the library it’s still safe to say the enjoyment factor for newcomers (as well as for devoted fans) will be quite high. 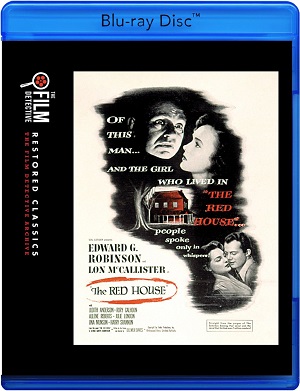