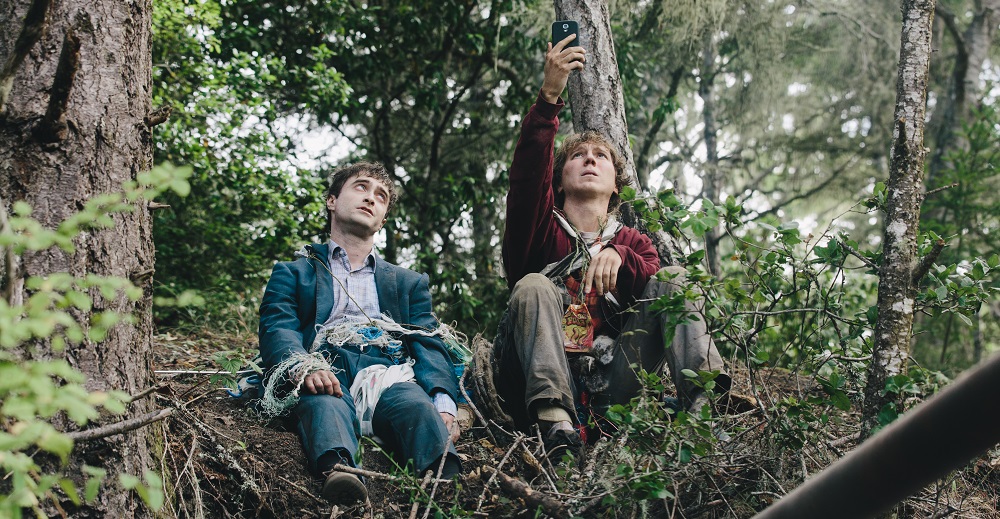 Hank (Paul Dano) is ready to say goodbye. He’s been stranded on a deserted island in the Pacific Ocean for who knows how long, and with hope dwindling down to nothing the young man has decided it’s time to end his misery and call it a goodnight. But just as he is about to hang himself, a mysterious body washes up onto the shore. His curiosity piqued, Hank decides to see if the man is alive because, even if they can’t find a way to get off the island, at least they’ll have one another’s company to while away the time as they pray for rescue. 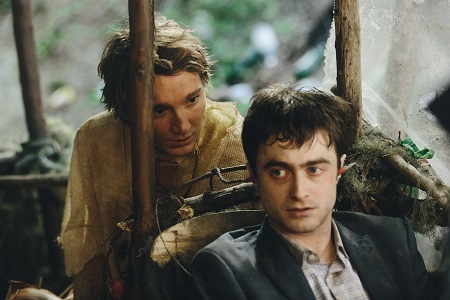 The thing about Swiss Army Man, not only is this body as dead as they come, it also possesses some extreme, unbelievable powers, including a surreal talent that allows its own undead flatulence to be so powerful that Hank can use this corpse as something of a human jet ski. What’s more, it only gets stranger from there. Not only does Hank decide to drag this body around with him, the longer he hangs out with it the more reanimated it becomes, the pair carrying on conversations about life, the universe and everything in-between.

Daniel Radcliffe portrays this dead man, and this is a performance unlike few others a person is likely to see throughout the remainder of this year. Not so much a zombie as he is a horny child-like figure rediscovering his lost humanity, revealing his name to be Manny as he regains the ability to speak, somehow the former Harry Potter manages to create an intriguingly complex character out of this bit of outlandish weirdness. The relationship he ends up having with Hank is amusingly intimate, filled with diverse insights into the human condition ranging from the absurdly juvenile to the psychologically profound. Yet Radcliffe, keeps things amusingly close to the vest, never taking things nearly as broad as he easily could have considering just how extreme the material itself proves to be.

But the star here is Dano, and as amazing as he was in last year’s Love & Mercy and Youth he’s even better in this, his Hank a shockingly complicated character that only gets more interesting as events progress. The actor is asked what maybe should be impossible, to make the absurd, borderline offensive man a figure, not worthy of pity or sympathy, but one of respect and, dare I say, admiration. Hank is a lost soul who through unimaginable hardship, as well as the friendship and understanding of a resurrected corpse, finds the strength to put his life in some semblance of order while he also faces down the internal demons that have forced him into a shell of impenetrable timidity. It’s a remarkable performance, one that walks a line between maturity and immaturity with invigorating aplomb, Dano a spellbinding presence whose magnetism only grows as things progress to their magically ridiculous conclusion.

Written and directed by newcomers Dan Kwan and Daniel Scheinert, there’s little out there I can think of to compare Swiss Army Man to. In some ways it all plays like some fanciful cartoon, a surrealistic combination of Castaway, “Adventure Time,” Ace Ventura: Pet Detective, Weekend At Bernie’s and Warm Bodies that wears its irrationalities on its sleeve as if they were a badge of honor. Yet the pair don’t just want to shock, aren’t interested in only trying to offend. Instead, they actually have something to say about relationships, love, family and friendship that is really rather divine and thought-provoking, allowing Hank’s journey to salvation to take on a spiritual quality that’s shockingly personal. 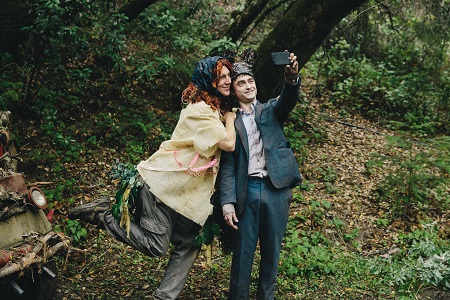 Do they go too far? Are they able to connect all the many dots they’ve got littered throughout the narrative? Does the film sometimes feel weird and unorthodox just for the sake of being weird and unorthodox? The answer is a definitive yes on all counts, and I’d be lying if I said every little beat or moment resonated with me as fully as I can only imagine they were meant to. It can also be said that, at barely over 90 minutes, some of the interior vignettes go on much too long, Kwan and Scheinert making their point yet getting so amused by Dano and Radcliffe’s antics they end up holding the scene longer than I felt was necessary. Additionally, I can’t say the fantastical final minutes spoke to me as clearly as they are obviously intended to, and I’m not sure making things as literal as they end up becoming works near as well as a more ephemerally mysterious coda might have.

But this is all part of the charm that Swiss Army Man somehow, someway ends up being able to generate. Kwan and Scheinert show a canny ability to defy expectation, balancing genre conventions with the patently silly as well as any other young directors working today. They eschew political correctness in a desire to discover deeper, more meaningful truths that shatter stereotypes and go beyond societal, racial and gender norms. With Radcliffe and especially Dano fully committed to the material no matter how extreme things might get, this human comedy of the divine becomes a soulful outburst of imagination and insight born out of disarray and chaos. This movie is downright wonderful, the multifaceted minutia of its various marvels so rapturously exhilarating they’re worthy of applause. 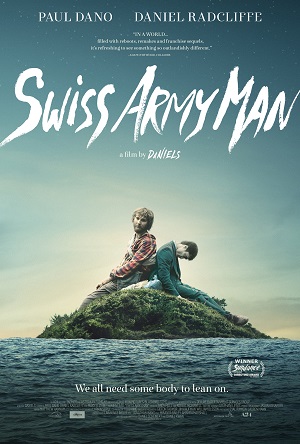