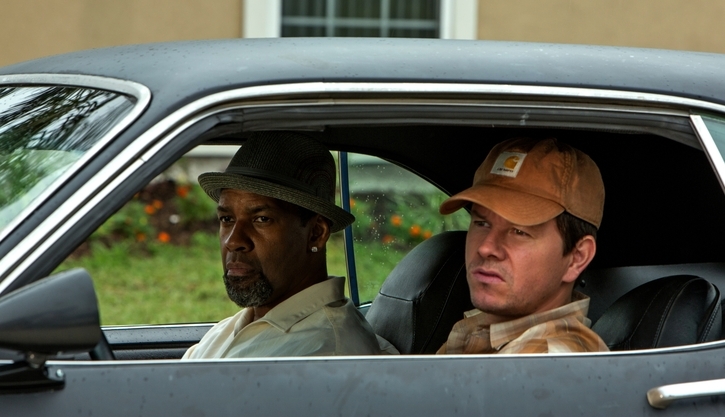 Robert ‘Bobby’ Trench (Denzel Washington) is a DEA agent who has been working deep undercover for the past year. He and his nutty, by all accounts clueless partner Marcus ‘Stig’ Stigman (Mark Wahlberg) have grown increasingly close to Mexican cartel drug lord Papi Greco (Edward James Olmos), even learning the whereabouts of the bank where he hides his U.S.-based funds. Stig comes up with the idea to rob it, and even though the plan is crazy it’s one Bobby can still get behind, doing so crippling Greco (setting him up for potential money laundering and tax evasion charges) while also allowing him to see his Neanderthal partner arrested and behind bars. 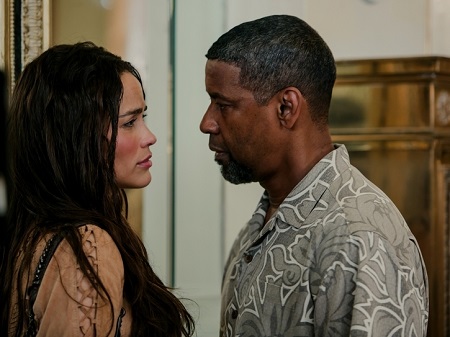 The problem? For one thing, Stigman isn’t a criminal, he’s an undercover Naval investigator tasked with ripping off the cartel kingpin so his funds can be used against him in covert military operations. For another, the money in the nondescript small town bank isn’t Greco’s, instead belonging to the CIA and is under the protection of a psychopathic agent going by the nondescript nom de plume Earl (Bill Paxton). Finally, turns out Stig’s boss, Commander Quince (James Marsden), set him up under false pretenses, making him the fall guy for a theft no one was supposed to know about.

Based on the Boom! Studios graphic novels by Steven Grant, the buddy action-thriller 2 Guns isn’t nearly as convoluted (or for that matter interesting) as that description might lead one to initially assume. Bobby and Stig will of course learn of the other’s subterfuge and find themselves through circumstance and situation forced to team up as partners, looking to get back the money they stole and figure out how to get themselves out of criminal holes neither man, both each a soldier for law and order in their own unique way, intended to dig. Greco, Earl and Quince all want to the money for themselves, while another DEA agent, nicknamed Deb (Paula Patton), finds herself at the center of all of the bullets, bloodshed and carnage. It’s relatively familiar and not exactly original, everything leading to a Sergio Leone meets Walter Hill meets Richard Donner conclusion action aficionados will likely have seen coming long before the two antiheroes do.

But wouldn’t you know it, thanks to the talents of both Washington and Wahlberg, they’re odd couple chemistry bursting right off of the screen, coupled with some inspired villainous supporting turns from both Paxton and Olmos, 2 Guns ends up being a heck of a lot more entertaining than it ultimately has any right to be. The banter between Bobby and Stig is consistently funny, the action sequences have the requisite punch required to make them sizzle and Blake Masters’ (a former staff writer on both “Brotherhood” and “Law & Order: Los Angeles”) script is a tiny bit more layered and subversive than at first glance it appears. At just under two hours the movie never feels long or padded, and while credibility is thrown out the window right away at the start for whatever reason accepting what is going on and not rolling one’s eyes at the stupidity is far easier to do than anticipated.

Not to lead anyone to believe the film is actually good, per se. Calling it better than Wahlberg and director Baltasar Kormákur’s last flick together, 2012’s misbegotten heist thriller Contraband, isn’t high praise, the cartoonish nature of all of this sometimes a bit too much to take. More, at a certain point the whole thing becomes so obnoxiously torturous it’s almost as if the movie has become a parody of itself, Never risible, never annoying, never so insufferable anything going on grew tiresome, but at the same time it never doing much in the opposite direction to cover up the majority of its flaws in any meaningful way whatsoever. 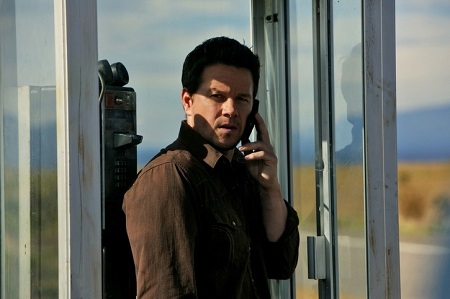 Yet Washington and Wahlberg prove to be a terrific team, their crass, four-letter laced back-and-forths amusing getting me to chuckle on a number of occasions. Even better are Paxton and Olmos, both such a grand time overplaying their extremely broad amoral hands I almost couldn’t help but break out into a smile each time they sauntered into the frame. They’re terrific, plain and simple, more often than not stealing the film right out from underneath the superstar leads.

Would I watch 2 Guns again? Maybe, when it shows up on Cable and I’m folding laundry, this thin piece of comic book inspired hokum might fit the bill perfectly. As far as recommendations go, that’s a pretty nondescript and nominal one, I realize, but as much as the movie never annoyed me and I can hardly say at no point did I detest spending my time sitting in the theatre watching it that doesn’t mean I’d I’m willing to give it a total pass, either. As good as Washington and Wahlberg are, as great as the supporting players might be, that doesn’t make this anything more than a relatively okay trifle, and while there’s not anything particularly wrong with that in the same breath I can’t in good conscience urge people to buy a ticket to see it, either. 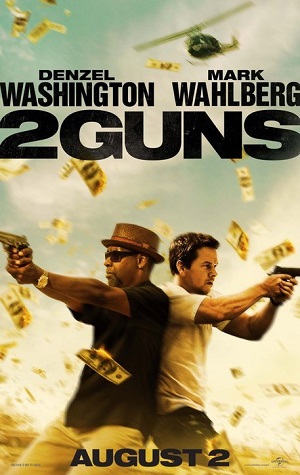