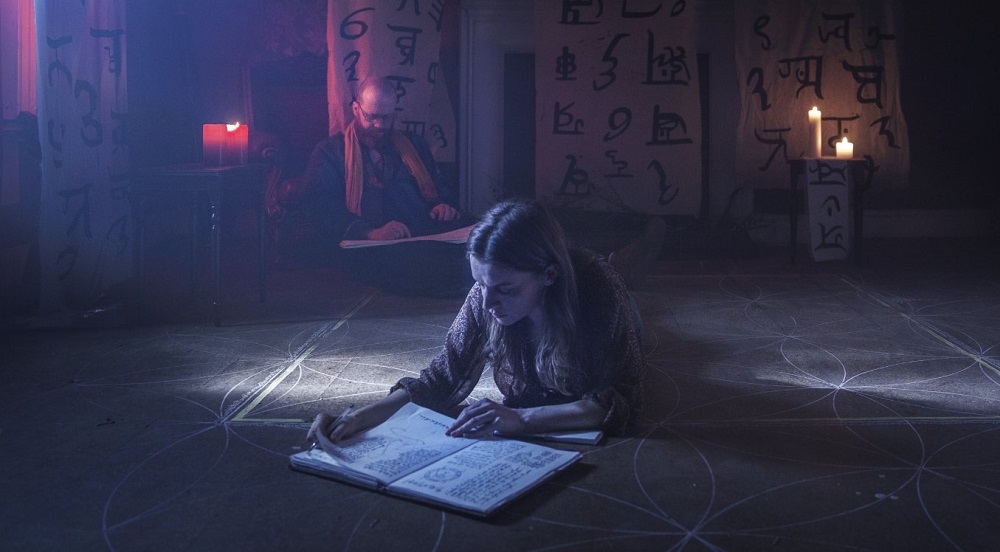 Still grieving over the loss of her son, Sophia Howard (Catherine Walker) retreats to a secluded country house to attempt the impossible. She hires occultist Joseph Solomon (Steve Oram) to lead her through a ritual that will, when it comes to an end, take her into the very heart of emotional darkness. It will take months, maybe even a full year, and there is no guarantee what Sophia wants to have happen at the end of the ordeal will come to pass. More, Joseph isn’t sold his client’s intentions are pure, and initially isn’t so sure he wants to put himself in danger if the chance exists she’ll give up on the ritual halfway through. Nonetheless, the pair gather supplies, make their preparations and seal up the house as neither of them can leave until things have reached their conclusion, both ready to descend into the pits of Hell just for the fleeting chance they might have the opportunity to touch Heaven’s angelic floorboards. 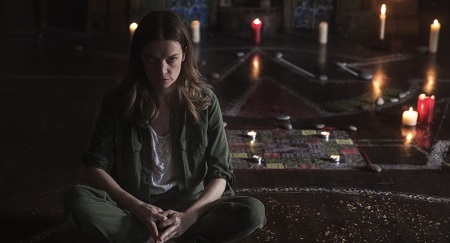 Liam Gavin’s A Dark Song is a hypnotically tense occult thriller, the young writer/director crafting a superior narrative feature debut that’s beautiful in its sinisterly startling vigor. The film digs under the skin, taking its time to get to know its two primary characters as they travel along this strange, surreal journey to a place beyond imagining. It is an examination of grief and loss, but not in any sort of cliché or melodramatic way. Instead, Gavin looks at Sophia’s hurt and despair through a lens of fortified resilience, her inability to admit just how much she is hurting potentially the greatest roadblock to her and Joseph successfully completing the ritual.

There’s not really a lot more to it. The film revolves entirely around these two characters, Gavin allowing the pair’s time together to evolve and mutate alongside the ritual’s increasingly twisted and ugly progressions, insight into why they’re both in the house determined to see things to the end coming gradually and not all at once. The director’s way of revealing information is eerily effective, an aura of dread seeping into the very foundation of the narrative, allowing for just the thought of things going wrong to be enough to send chills up even the stoutest spine.

What’s fascinating is that the movie isn’t interested in engaging in easy jump scares or typical horror theatrics. While the supernatural elements are never in doubt, they’re only part of the emotional equation. Gavin examines grief in an enthrallingly antagonist manner, Sophia’s hardened heart not so much looking for solace as it is longing for retribution. This dynamic is juxtaposed against the steadfast resilience put forth by Joseph, his reticence to spending time with this woman he initially views as a selfishly privileged elite used to getting what she wants giving way to a form of protective understanding that’s developed over the ritual’s painful trivialities and exhausting requirements.

It’s the banal intricacies of what it is they are doing that slowly becomes one of the more fascinating elements of the story. Gavin spends a lot of time dwelling on all of the ritual’s minutia, allowing for its ponderous necessities to help Sophia and Joseph break through their distaste for one another and produce a connection that’s uncomfortably pure and potentially much more long-lasting if things work out as they want them to. When the pair finally open up to one another, when they let go of the elements poisoning their souls, the emotional floodgates are unlocked, the catharsis of these revelations warily sitting alongside the perilous realities of the ritual’s supernatural ramifications. 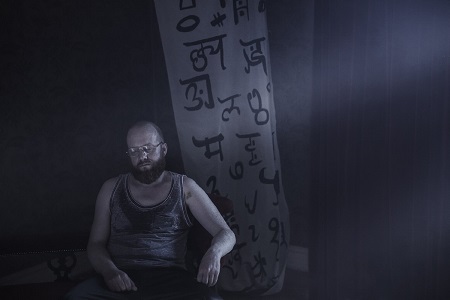 Both actors do a nice job, especially Walker, the expressiveness of her final scenes shattering in their intimate intensity. The movies is also incredibly well shot by Cathal Watters (Viva), especially considering the scarcity of locations the cinematographer has at his disposal, the evocative way he drifts inside production designer Conor Dennison’s interiors suitably unnerving. I also was drawn to Ray Harman’s lyrically passionate score, the music adding just the right grace notes to the story, the composer’s themes complimenting the on-screen action, never overpowering it.

Gavin is in complete control, and by the time things explode into chaotic depravity I was so enamored with the characters and their plight I found myself holding my breath in desperate hope things were going to somehow work out for the both of them. Sophia and Joseph become real people by the end of the film, and as such the dangers of the ritual, when they finally make themselves concrete and visible to the naked eye, become all the more powerful. A Dark Song is a beguiling terror that saves its best reveals right up until the end, the lines between good and evil, right and wrong, Heaven and Hell, hypnotically blurring until they practically no longer exist. 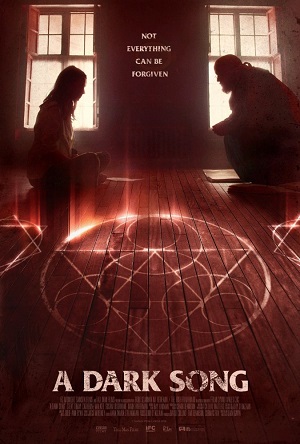