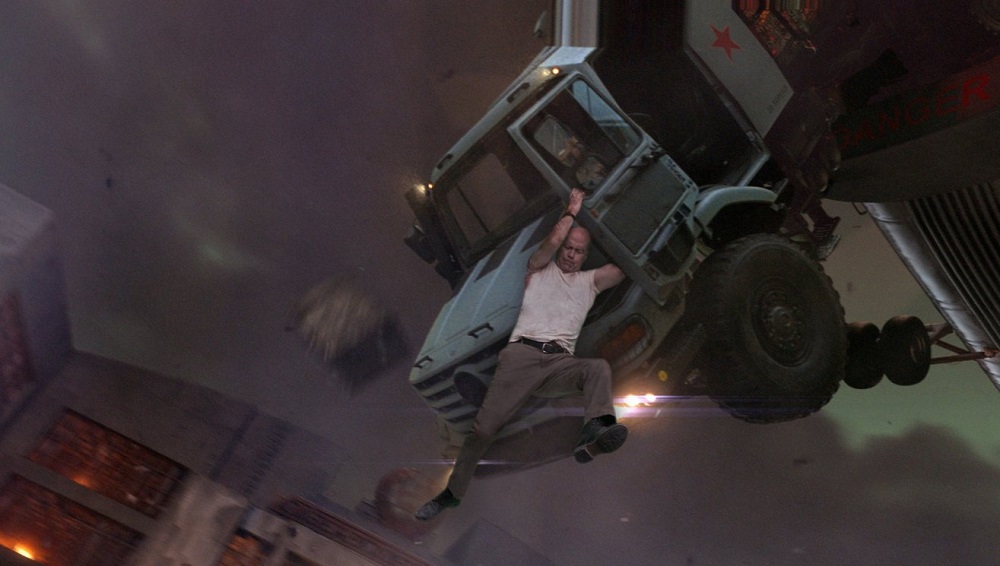 It’s hard for me to dislike a Die Hard movie. The original 1988 favorite directed by John McTiernan is an undisputed classic, changing the game and creating a template that’s been followed, imitated, parodied and stolen from for a quarter of a century. But I even get a kick out of the sequels, and while Die Hard 2 or Live Free or Die Hard are hardly amazing movies they’re still flicks I could watch – heck, ones I DO watch – over and over again without any hesitation. As for McTiernan’s return engagement, Die Hard with a Vengeance, it’s a superior effort in every way, and had the climax been thought out a bit better it potentially could have been considered the best entry in the entire series. 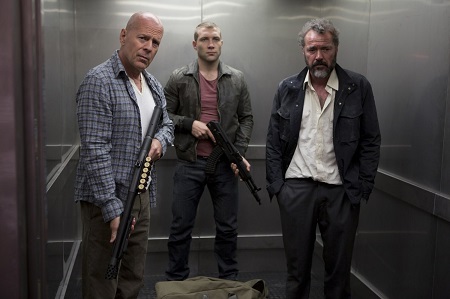 So keep that in mind when I tell you A Good Day to Die Hard isn’t just a bad movie, it’s almost guaranteed to make my list of the absolute worst films released in all of 2012. A haggard, discombobulated mess almost from the start, while this fourth sequel does offer up a couple of kinetically inspired set pieces of manic mechanical mayhem and carnage, overall there’s little to recommend. It’s almost as if director John Moore (Behind Enemy Lines, Max Payne) and writer Skip Woods (The A-Team, X-Men Origins: Wolverine) had never seen a Die Hard movie before, dropping the character of John McClane (Bruce Willis) inside a disposable Z-grade scenario not even fit for a subpar first-person shooter video game.

Unlike the previous film, this is the first to feature an entirely original screenplay and not be adapted from some other source material and then melded to fit the Die Hard esthetic. As such, Woods has created a weirdly idiotic concept that takes McClane out of New York and into Russia in order to see if there is anything he can do for his estranged son Jack (Jai Courtney), arrested by the local Moscow police on suspicion of murder. In reality, the younger McClane works for CIA and has been trying to get close to a mysterious figure named Komarov (Sebastian Koch), hoping to break him out of jail and get his hands on a secretive file implicating the Russian defense minister in a number of horrific crimes.

One thing leads to another and soon both McClanes are running through the city dodging bullets attempting to protect this man who, before he’ll help them, insists on rescuing his daughter Irina (Yuliya Snigir) from the madmen out to kill them. There are twists. There are turns. There are double and triple-crosses galore. Through it all John and Jack bond like father and son as they never have before, risking life and limb to stop supposed immanent terrorist action which could throw the balance of power across the world completely out of whack.

All of which would be fine if Woods had taken the time to develop characters, craft believable relationships and nurture a scenario that didn’t feel cobbled together from ideas bandied about inside a boardroom. The film goes out of its way to get by on the good will generated by an audience’s continued affection for the John McClane character and by the previous motion pictures, never doing a thing to make it standout on its own. It’s a collection of explosions, expletives, fisticuffs and bullets, nothing more, and certainly nothing less, everything else, including coherence, not given any sort of significance by apparently anyone involved.

I’ll admit upfront I’ve never been a big fan of Moore’s. I haven’t enjoyed any of his directorial efforts, finding him to be a filmmaker more enamored with style over anything else. His movies are glossy and superficial in the extreme, belittling their characters and paying little to no interest in whatever the central dramatic dynamic might be. He is fond of loud and apparently is enamored with dumb, and I’m hard-pressed to find one of his pictures where I didn’t leave the theatre profoundly disappointed on one level or another, usually multiple ones. 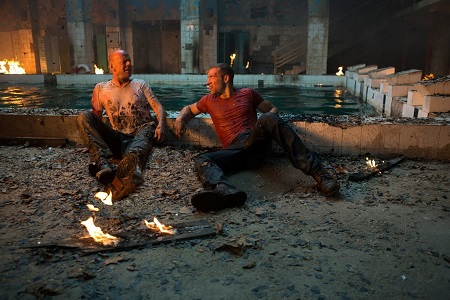 That does not mean I do not think he can’t stage action. If anything, an opening car chase through the streets of Moscow is eye-popping and spectacular, building in energy, suspense and excitement as it goes along. But so what? Does this technical wizardry mean a darn thing if the story it’s in service to is seventeen steps below second-rate? Even the so-called ‘cool’ moments the sequel offers have an annoying tiredness to them that’s consistently omnipresent, muting their effectiveness to such a degree the end result is stupefying.

The most abhorrent part of all of this is that A Good Day to Die Hard has me questioning my undying love of John McClane and the previous Die Hard films as whole, a fact that has me angrier than I really care to admit. Be that as it may, as fifth go-arounds are concerned this one is certainly not a charm, and for fans of the series it’s best to just say ‘yippee-ki-nay!’ and leave this latest installment well enough alone. 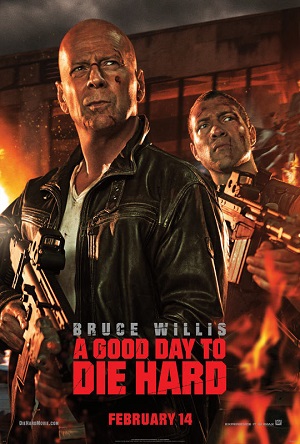