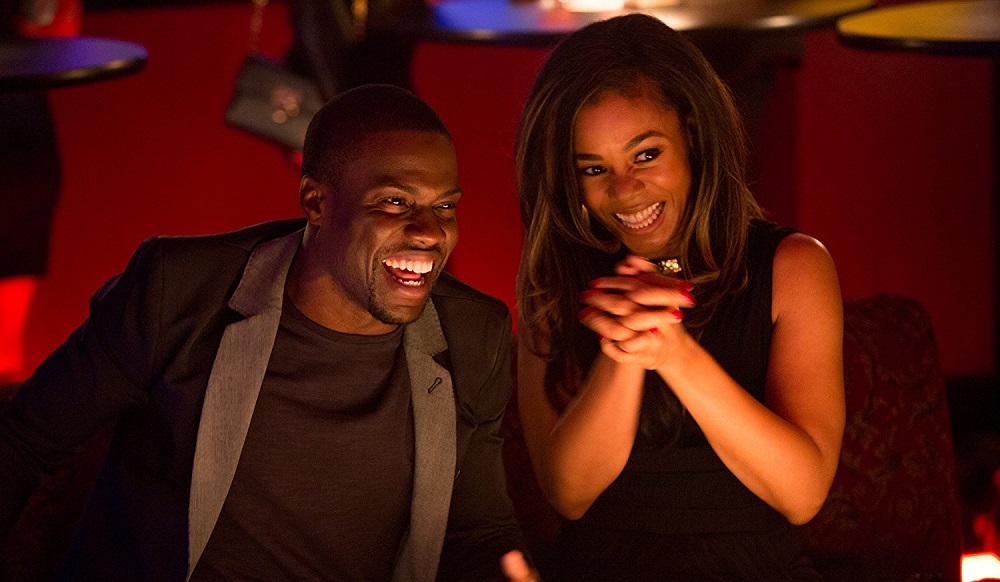 It’s not a huge secret to say I’m a little over Kevin Hart. I hated Ride Along. I thought he was fine in Grudge Match, nothing more. His supporting turn in The Five-Year Engagement didn’t do anything for me one way or the other. As for his breakout hit Think Like a Man, I thought so highly of that 2012 smash I never even bothered writing a full review; it just has no effect on me positive or negative.

So when I say he’s the driving force making this remake of the 1986 sort-of favorite About Last Night not just pretty good, but awfully close to essential, you know I’m not spinning my wheels talking nonsense. This is the best role he’s had in his still blossoming career, and to say he makes the most of it is a massive understatement. Flirty, uninhibited, raw and unguarded, there is a freewheeling forcefulness to his ribald verbal gymnastics that are both spontaneous and funny, his interactions with equally magnetic co-star Regina Hall achieving a naturalistic authenticity that’s surprising. 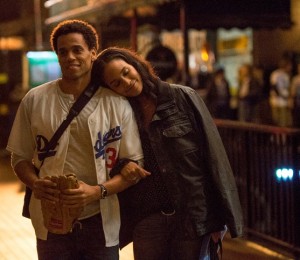 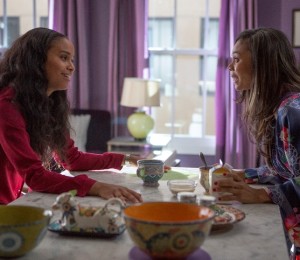 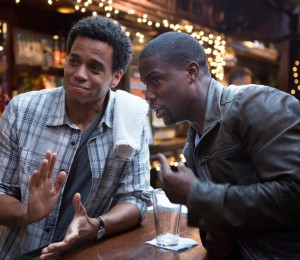 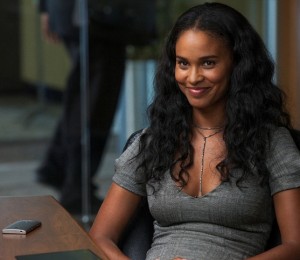 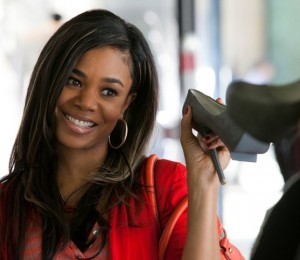 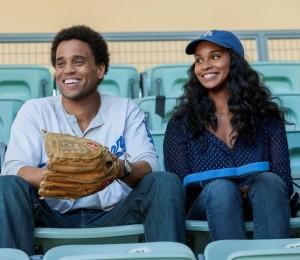 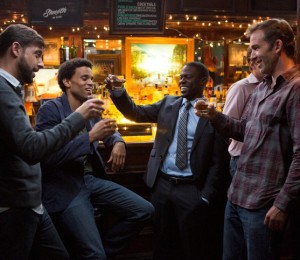 The same cannot be said for the movie as a whole. Much like the previous film (which starred Rob Lowe, Demi Moore, Elizabeth Perkins and James Belushi), as well as the 1974 David Mamet play Sexual Perversity in Chicago on which both pictures are based, things once again revolve around Danny (Michael Ealy) and Debbie (Joy Bryant), two sexy singles slowly waltzing around long-term romance. Their story is straightforward, never doing a lot more than what is expected and required. Much like Lowe and Moore, Ealy and Bryant are fine in their roles; unlike them they fail to transcend them.

And there’s the rub. The secondary story revolving around Bernie (Hart), Danny’s best friend and co-worker, and his new girlfriend Joan (Hall), is far more appealing. More, it’s light years more entertaining, the pair engaging in what they thought was a one night stand seeing it blossom into potentially something substantially more. They’re intellectual and sexual equals, each responding to the other with energetic enthusiasm that’s rapturous. Their look at dating dos and don’ts is massive amounts of fun. More, it’s sexy as all get out, so suffice to say whenever they’re not center stage the film slows to a crawl.

Still, Leslye Headland’s (Bachelorette) script, cribbing freely from both Mamet’s play as well as the previous film version by Tim Kazurinsky and Denise DeClue, is chockfull of choice bits and winning one-liners. She also crafts situations and moments that are fully realized and believable, and even if the central duo is given a little bit less to work with that doesn’t make them feel counterfeit. Headland takes the ideas present in both the play and the prior version and makes them her own, transporting these themes into the here and now with precision. It’s a strong screenplay, the majority of my issues having little to do with it.

Steve Pink‘s direction is fine, about on par with his handling of Hot Tub Time Machine, but he does have trouble maintaining a balance between the male characters and the female ones, the former given more emphasis than the latter even though the scenario seems to call for something close to equal representation. His affinity for the guys and their plight is clear throughout, and as strong as the women are, especially the aforementioned Hall, they’re still given a decided shorter shrift than their male co-stars.

None of that matters when Hart is on the screen. He’s on fire, and while his performance isn’t entirely removed from any of his previous ones, that doesn’t keep me from thinking there’s more to the comedian and actor than I’ve let myself believe. Overall, this About Last Night is superior to the 1986 version, and while not every facet of it is fresh or revealing, that doesn’t make the remake any less entertaining. It’s a good movie, and there’s the very real possibility I’ll feel even more affinity for it when I undoubtedly revisit the remake later this year. 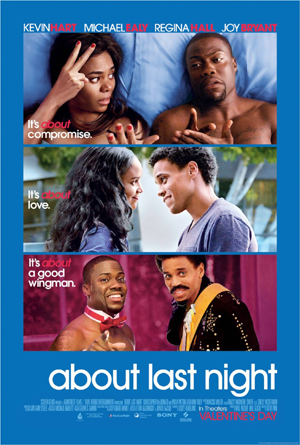