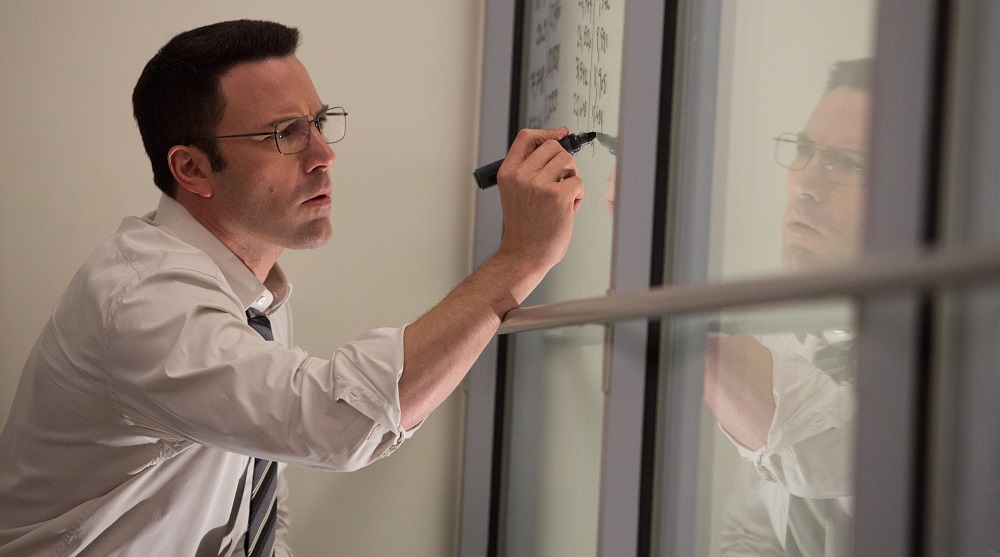 Christian Wolff (Ben Affleck) is not the man he appears to be. The quiet, unassuming small town accountant has a unique side business. Thanks to his faceless assistant whom he only communicates with through secured channels, Christian works for some of the worst people in the world, cleaning their books, laundering their funds and making sure they appear squeaky clean to anyone who might take a look. So it’s a minor shock when his latest under the table task is to audit the corporate books of robotics wizard Lamar Blackburn (John Lithgow) and his suspicious, meticulously blunt sister Rita (Jean Smart). Their company, Living Robotics, is an honest one, a refreshing change from his usual clientele to say the least. 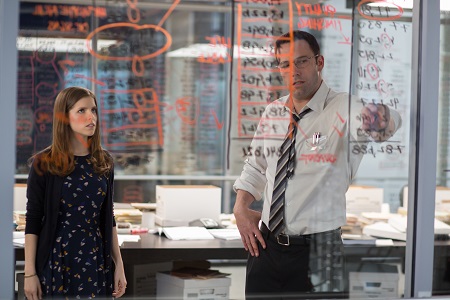 Or maybe not. Low-level Living Robotics financial analyst Dana Cummings (Anna Kendrick) was the one who initially found a minor discrepancy on the balance sheets, but she had no concept as to just how egregiously the company’s finances had been manipulated. But just as Christian is on the verge of discovering the extent of the embezzling, he’s handsomely paid for his time and told in no uncertain terms his services are no longer required. This does not sit well with the accountant. When he takes a job, he doesn’t stop until all of the pieces fit together completing the puzzle. Send armed assassins to make certain he can’t finish? That just makes him mad and, make no mistake, no one with any sense wants to make Christian Wolff upset.

As thrillers go, The Accountant is incontestably absurd. Funny thing is, as insane as things are, the film is so expertly mounted by director Gavin O’Connor (Tumbleweeds) and scrupulously scripted by Bill Dubuque (The Judge) all of the inanities and laughably convenient coincidences aren’t as big a problem as they should be. It’s also superbly acted across the board, all of the principals doing exemplary character work, each finding a way to make their respective parts sing in ways that are memorably impactful.

There’s a lot going on. While the core story deals with Christian’s attempts to unravel the mystery involving Lamar and Rita’s company, while also going out of his way to protect Dana from being murdered by a crack team of mercenaries, that’s only one small part of the story. There’s Brax (Jon Bernthal), an ex-soldier who takes particular glee in dishing out death, almost as if he were bred as a child to do it. His polar opposite is U.S. Treasury Agent Ray King (J.K. Simmons), head of the agency’s Crime Enforcement Division, a good man who feels compelled to uncover secrets that might be the death of him. Finally, there’s King’s latest apprentice, Marybeth Medina (Cynthia Addai-Robinson), an analyst whom he knows is capable of greatness even if she doesn’t see it, tasking the youngster to uncover the identity of a faceless adversary he’s personally never been able to put a name to.

What’s remarkable is that somehow Dubuque manages to juggle all of these disparate tangents successfully, including two additional sections involving Christian as an autistic child being raised by a militaristic dad (Robert C. Treveiler) and another with him as a young man in prison making friends with a fatherly mob accountant (Jeffrey Tambor). At barely two hours, it’s a heck of a lot of stuff, but the reason it works is that the screenwriter keeps things tightly self-contained and the central focus relatively narrow, and even with so many subplots the spotlight remains on Christian’s dealings with Living Robotics and his protection of Dana and thankfully little else.

Does it get silly? Yes. Undeniably so. The climactic twists of fate compound one upon another in almost laughable fashion. Thing is, everyone plays these moments just straight enough that they never become as silly as they easily could have. O’Connor’s continuous restraint can be found on virtually every frame, the director bringing the same type of subtle yet confident self-discipline he brought to efforts like Miracle and Warrior. He refuses to send things over into the arena of camp or lugubrious melodramatic treacle, so even when things become totally unhinged the emotional authenticity of the moment remains strikingly pure. 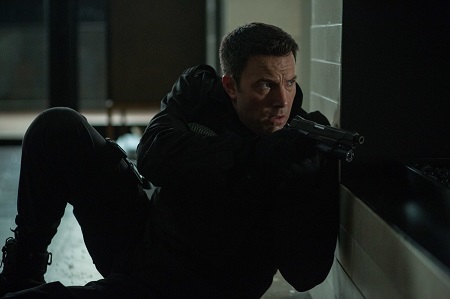 It does all play like The Bourne Identity meets Rain Man meets Good Will Hunting meets The Client, and any connection to reality this story has in relation to how individuals with autism are treated is nebulous at best. I can also say that the three main twists that take place I had pegged early on, so for my part I was more interested in seeing how Dubuque and O’Connor were going to make them come to pass than I was anything else. Additionally, the climactic action sequence is fairly sloppy, and if not for a terrific final sequence featuring Affleck, Bernthal and Lithgow, there’s a chance the sheer lunacy of it all might have bothered me far more than it actually did.

Not that any of this ends up mattering. I had a blast watching The Accountant, enjoyed almost every single second even in the face of unparalleled ridiculousness. The final numbers all added up as far as I was concerned, the movie’s balance sheet notating a surplus of joy so massive and unforeseen the entertainment windfall was practically beyond compare. 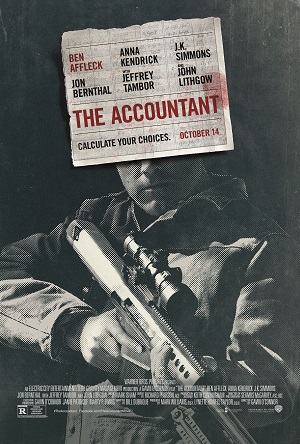