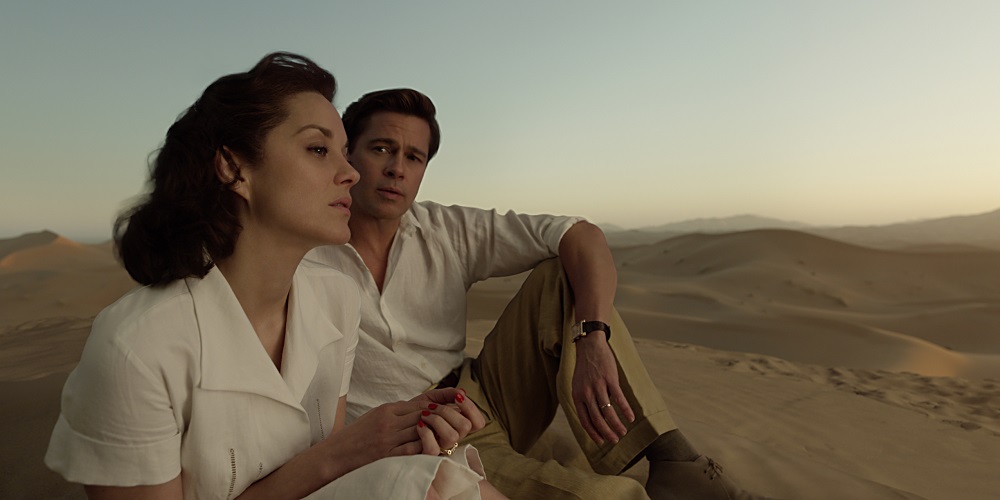 Canadian Max Vatan (Brad Pitt) has been secretly air-dropped into the desert just outside of Casablanca to enact a plan to assassinate the German ambassador, scheduled to arrive in the city in just two short weeks. He shall be assisted by Marianne Beauséjour (Marion Cotillard), the veteran French operative laying the groundwork for some time, planting the seeds for the secret enterprise by ingratiating herself with both the Vichy collaborators as well as the German high command. The pair will masquerade as husband and wife and, when the time is right, will launch a daring, violent plan at a welcome party for the ambassador, and while the chance both of them will survive is small the part they will play I regards to the overall war effort cannot be underestimated. 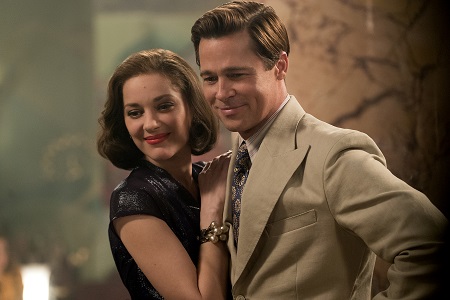 Fast forward a year and Max and Marianne, having survived their adventure in Casablanca, are living in London. They are married and have a daughter, Anna. While Marianne has retired from the espionage game to stay at home and raise their daughter, Max works in the upper echelons of the defense ministry, his current post supervising secret air drops into France to support Resistance efforts against the Nazis. But what he thinks is going to be a conversation about a promotion to help run counterespionage for the coming Allied invasion of Europe turns out to be something else entirely, a nameless Secret Operations Executive (Simon McBurney) informing him that his wife is currently under investigation as a spy.

Academy Award nominee Steven Knight (Locke, Eastern Promises) apparently based his screenplay for WWII romantic mystery-thriller Allied on fact, but how much of it is utilized for the finished product I do not know. If anything, director Robert Zemeckis’ (Back to the Future, The Walk) latest owes more to Alfred Hitchcock classics like Suspicion, Shadow of a Doubt or Notorious than it does anything else, the film having an old Hollywood elegance that’s impossible to miss. Especially during its exhilarating opening half set in an uncomfortably calm Casablanca, there’s a great deal to get excited about, not the least of which is a cool, calculated and emotionally complex performance from Cotillard that’s superb.

Even so, I am slightly hesitant about giving Allied a full embrace. There is a point during the climax when things oddly lose their momentum just when tension should be rising to its zenith. Right when Max does the unthinkably heroic to prove his wife’s innocence, building to a point when deception gives way to truth, everything strangely falls flat, the last half hour a slowly paced trip to the forgone that’s nowhere near as powerful as it should be. It’s a benign, emotionally toothless denouement to what could have been a heartbreaking finish, sending me out of the theatre questioning just how much I liked the first two-thirds and if my affinity for the majority was enough to erase my dissatisfaction with elements of the final act.

While I do not think it does, I’d be lying if I didn’t admit that I did enjoy the majority of Zemeckis and Knight’s WWII espionage concoction a fair amount. Pitt and Cotillard are a divine pairing, their desert tête-à-tête as they figure out who one another are and whether or not they are worthy of being trusted sensational. It builds to a pair of shrewd set pieces, one involving a German official with a fondness for card tricks responsible for handing out invitations to the ambassador’s welcoming soirée, the latter being the event itself where violence and bloodletting are at the top of the party docket. The director orchestrates things as confidently as ever, tension building cagily throughout the opening act until the fireworks explode in a cacophony of rage and righteous indignation.

All of which makes me wish I was happier with the finished film more than I actually am. Momentum dies during that climactic stretch, and once the answer as to whether or not Max and Marianne’s relationship is built on a solid foundation, there’s absolutely no place surprising for any of what follows to travel to. Allied looks great, features some wonderful performances by the stars and supporting players (most notably Jared Harris as Max’s emotionally conflicted commanding officer) and has moments that held me ecstatically spellbound. But the odd, obtuse emptiness of the climax left me cold, and no matter how extraordinary much of this might be that’s one landmine I’m finding it hopeless to get around without my affinity for the film exploding into disappointed nothingness. 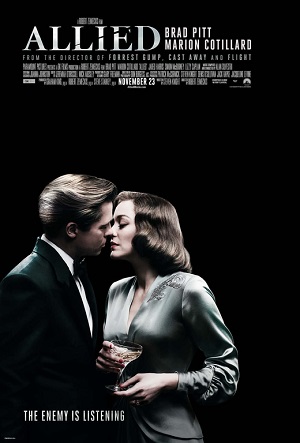