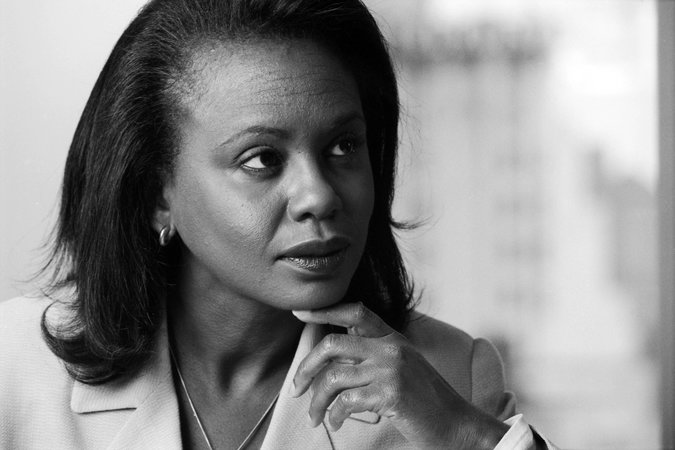 In just 77-minutes, Academy Award-winner Freida Lee Mock (Maya Lin: A Strong Clear Vision) manufactures an absolutely essential piece of documentary cinema with Anita. More than just a two-plus decades later recounting of the events that made Anita Hill a household name, the movie is a magnificently effective call to action for women and minorities of all ages to take charge of who they are and what it is they want to be in their respective lives. It shows how those Senate confirmation hearings for Clarence Thomas profoundly changed things, one woman’s courage to speak the truth opening minds and doors in ways those at the center of the carnage never could have imagined possible at the time.

This is the first time Hill has spoken in any sort of depth about the hearings, about what they meant to her and the effect they ended up having on her life. She’s shockingly raw about it all, not pulling punches yet maintaining a level of introspective grace and elegance that bellies the grilling she received from 14 white men who knew nothing of what it meant to be either African American or a woman. More than that, while her testimony didn’t end up doing anything to derail Thomas’ ascension to the Supreme Court, it did substantially change the way people think about gender and equality in the workplace, setting precedents still reverberating into today.

It’s easy to forget how filled with venom and innuendo those Clarence Thomas hearings were. What Hill was asked, the way she was treated, none of it seemed real. How could Senators allow something like this to take place? Were they truly this clueless? Was their bubble of race and gender so small it never occurred to them the firestorm that would take place when they let Thomas off the hook and treated Hill as if she were standing trial?

In today’s world, when Republicans hold hearings about women’s reproductive rights and invite a cadre of men, most of them white, to speak on the subject between the internet, social media and Cable News the subsequent maelstrom was virtually instantaneous. When Hill took the witness stand to speak out about what had happened to her the resulting firestorm was born of grassroots fury, the disbelief that anyone, let alone a smart, driven, Ivy League educated and highly successful African American woman, could have this happen to them all-encompassing.

At the same time, Mock refuses to see things through entirely rose-colored glasses, asking Hill a series of tough questions that speak far more truth to her courage than soft-peddling around the edges ever could have. More, she showcases how this woman’s bravery has inspired so many over the past 20 years, her willingness to stand up and speak the truth even though those in power would have rather she remained silent pretty much saying it all. Anita, refreshing in its candor, lives up to the standard set forth by its subject, the documentary as rousing a statement of independence, equality and freedom today as Hill’s testimony to Congress was way back in 1991. 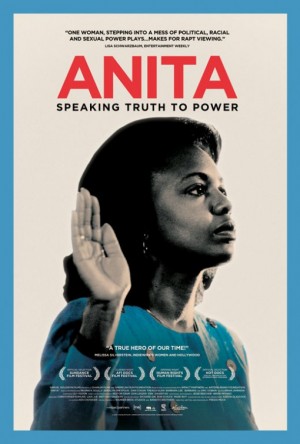