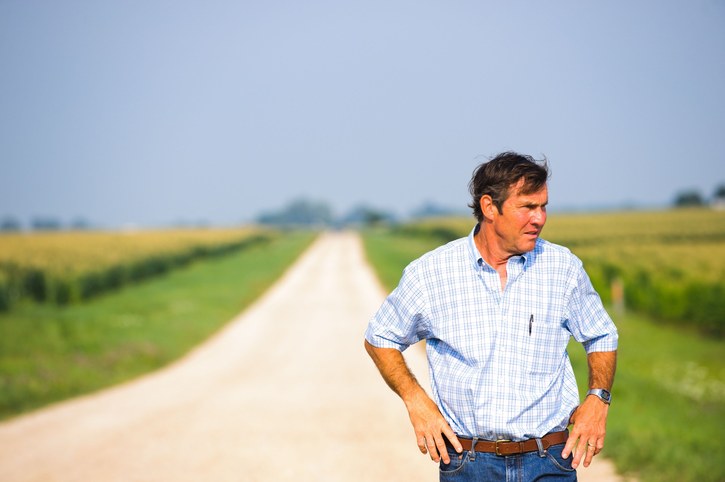 At Any Price an Uncompromising Drama

Henry Whipple (Dennis Quaid) is obsessed with expanding the farm. It’s been in his family for three generations, his cantankerous father Cliff (Red West) uncertain whether his son is up for the challenge of keeping it so in this modern, corporate-driven genetically re-engineered world. But with his eldest son Grant (Patrick Stevens) seemingly disinterested in a life growing corn after he finishes college, Henry turns to youngest boy Dean (Zac Efron) to carry on the Whipple legacy. 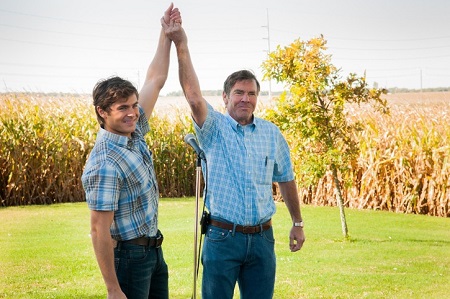 Problem is, Dean wants as little to do with the farm as Grant does. He has dreams of his own, designs on becoming a professional race car driver. On top of that, Henry has other problems putting the farm in jeopardy, fellow Liberty Seeds salesman Jim Johnson (Clancy Brown) stealing his customers while their employer has also started investigating him for cleaning and reusing the genetically-modified seeds he’s supposed to be selling to others. It’s a mess, and one that’s made more intolerable due to the fact his affair with High School sweetheart Meredith (Heather Graham) is now putting his marriage to Irene (Kim Dickens) in jeopardy, all of Henry’s bad decisions finally rearing up to bite him in the proverbial ass.

There’s a lot on the mind of Ramin Bahrani’s (Goodbye Solo) drama At Any Price, the writer/director, co-writing with first-time screenwriter Hallie Newton, setting his sights on examining the current state of the American farmer and how the shifting corporate and cultural landscape has forever changed the rules of the game. It is commentary and melodrama all interwoven into one, the whole thing focused on a father and son pair so overflowing in grey areas finding facets to like about them can be a colossal, almost unfathomable, chore.

The good news? Bahrani doesn’t mince words, doesn’t play nice and isn’t afraid to show people at their absolute worst. He does not gloss over the bad and doesn’t get overly sentimental in regards to the good, instead trying to paint an evenly balanced picture of people under extreme pressure shifting, changing and evolving as best they know how. At some points they rise to the occasion. At others they fall flat on their miserable faces. Most of the time, however, they sit uncomfortably in stasis mode, trying to find a reason to continue even as the whole world, as well as their own actions, conspire to bring them down in a hailstorm of recrimination and catastrophe.

At the same time, it doesn’t all work, so many shifting storylines making a play for center stage few of them are given the room they need to evolve and breathe like I felt they needed to. On top of that, there are certain things that happen, certain tragedies that take place, that when all is ultimately said and done I can’t say the resolutions that were come to in regards to them left me close to satisfied. The Whipples manage in some respects to get away with the unthinkable, and while the effects on the family itself are admittedly devastating the melancholic air of disenfranchised uncertainty Bahrani set me out of the theatre on was decidedly less than satisfying. 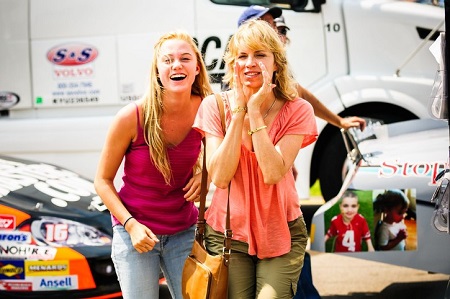 Thankfully the performances are uniformly excellent, and while some stand out more than others everyone manages to get a moment to shine allowing their characters to break through the conflicting themes and mores being presented rather eloquently. For me, the surprise here isn’t Efron (who proves once again he’s more of a talent than High School Musical ever led is to believe), isn’t Dickens (a major actress who throughout her career has been sadly underutilized) but is instead relative newcomer Maika Monroe. Playing Dean’s headstrong yet unfocused girlfriend Cadence, the actress mesmerizes in a series of sequences involving both Efron and Quaid, holding her own in a way that feels effortless and natural yet also speaks to the core nature of a young woman finding her way in a world she’s just suddenly beginning to comprehend.

And what about Quaid? Early on, I was quite certain I was going to hate The Big Easy, Innerspace and In Good Company icon here. His accent is so off-putting, the way he holds himself so facile and unrealistic, all of it felt like some gigantic act that couldn’t possibly be authentic, putting me on edge right from the start in a way I found wholly uncomfortable. Thing is, in many ways the path Henry has chosen to walk through life is unreal, is inauthentic, the ticks and mannerisms he’s constructed the ones he firmly believes people want to see from him and are what in fact makes him a good salesman and farmer. The lie has become the truth, the fantasy is now the reality, and in such Quaid has chosen a direction for the character unlike just about any other performance that actor has delivered in his entire career.

There are certain things about At Any Price that do not sit well with me, certain dynamics important to the central plot points I personally do not think work all that particularly well. Problem is, to go into them in detail would ruin some of the more important surprises contained within Bahrani and Newton screenplay, and as such I’ll refrain from diving into them as fully as I’d like to at least as far as this review is concerned. The bottom line is that the director has a lot on his mind and a ton he wants to say, the majority of which I firmly believe deserves to be stated as loudly and as exuberantly as possible. But as good the cast is and as great as many individual moments are none of them are detailed or are as explored as fully as I felt like they needed to be, making the drama an intriguing oddity difficult to embrace even if in some ways it’s still relatively easy to recommend. 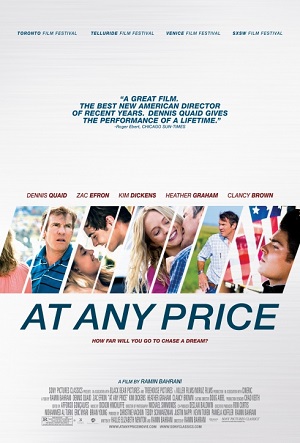