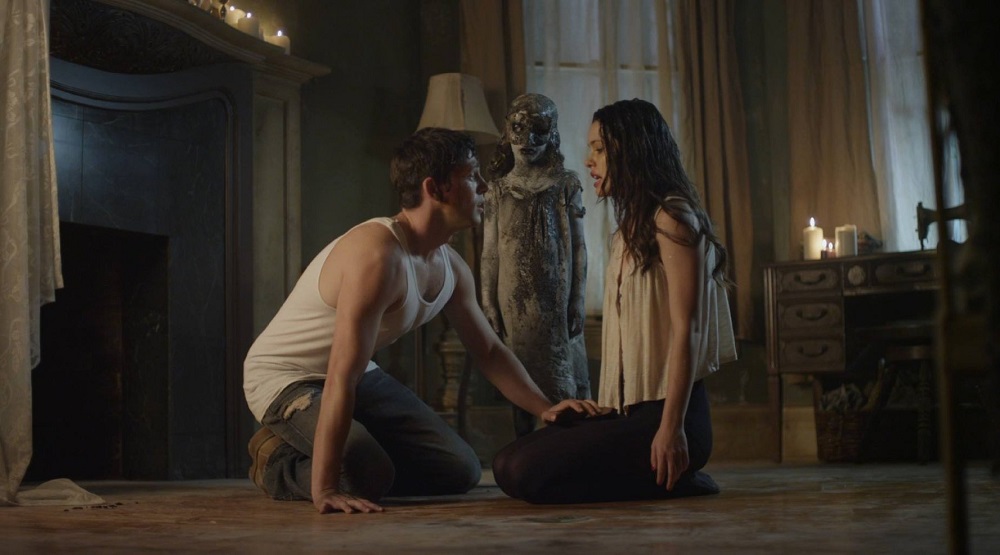 In 1912, in the sleepy Iowa town of Villisca, Reverend Kelly (Sean Whalen), waiting out a storm in a local mansion, went inexplicably nuts and admitted to killing everyone living and sheltering there for the night with an axe, including visiting sisters Lena (Madison Lawlor) and Ingrid Stillanger (Ava Kolker). Over a hundred years later, best friends and amateur paranormal investigators Caleb (Robert Adamson) and Denny (Jarrett Sleeper) are touring the Villisca house. After their guide (Jon Gries) is forced to cut their tour short, the pair allow themselves to be easily convinced by new friend Jess (Alex Frnka) to come back during the night and take a look at things by themselves. 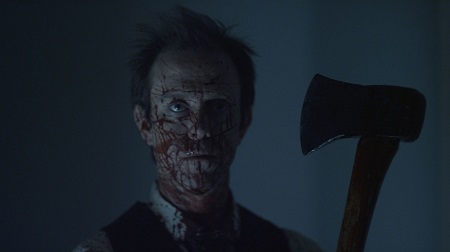 This proves to be a mistake, the trio not just coming under assault from a cadre of spirits looking to use them as vessels, but also from Connor (Riley Bodenstab) and Rob (Kellan Rhude), two of their fellow high school classmates who hold various grudges against all three of them. History is repeating itself, and if Caleb, Denny and Jess aren’t able to look in the mirror and remember who it is looking back at them, the threesome will become tragic bloody pieces living inside a horrific mystery only those who have been to Hell and back could ever hope to solve.

Inspired by a real unsolved mystery, The Axe Murders of Villisca is a somewhat interesting horror opus that, while hardly original, showcases some solid visual imagination and should also be commended for its narrative economy. With refreshing speed director Tony E. Valenzuela, who crafted the story with Kevin Abrams, and screenwriter Owen Egerton let the viewer in on Caleb’s tragic history, Denny’s familial pain and Jess’ wounded psyche over a sudden move from Chicago to small town Iowa that’s been augmented by a drunken moment of sexual stupidity. Additionally, the filmmakers do a decent job of recounting past events, most notably as things concern Reverend Kelly and the two Stillanger sisters, allowing for the ghostly possessions to come have more credibility than they otherwise might have had.

As nice as all that is, sad to say, Valenzuela’s feature-length debut isn’t very good. None of the characters are interesting, and while the three leads are reasonably appealing, they don’t get a chance to make the sort of impression that could help the movie matter. Additionally, there is a noticeable lack of energy, which is terribly odd for a motion picture that doesn’t even run for 80 minutes, a rudimentary by-the-numbers ambiance to things that’s boringly tedious. The truth behind the spirits and their respective abilities is never entirely clear, and while a certain trick going on with all the covered up mirrors in the house is interesting, that doesn’t make it original.

In regards to the elements revolving around Bodenstab and Rhude, those are just plain terrible. These two thugs feel like they’ve appeared out of a grade-Z low budget shocker of a bygone era, and even trying to give consideration to the setting the clichés are so overwhelmingly over the top they come perilously close to being ludicrous. More, the pair aren’t even utilized all that well, their journey to the house happening more because it needs to more than it feels like the movie has constructed a plausible reason for them to make the journey. Worse, there’s no payoff to their inclusion, and even a supposed twist involving Rhude is basic and predictable, while the ascension of Bodenstab as a major villain has all the impact of a tickling feather trying to illicit giggles out of a block of granite. 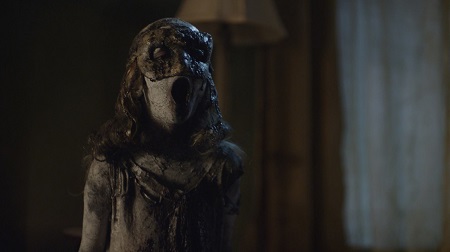 I really do like the visuals, cinematographer Jeffrey Waldron (Transpecos) doing a fine job of making the most of the house’s expansive, richly textured interiors. As hackneyed and as unoriginal as the central story might be, Valenzuela shows a knack for generating tension, the atmosphere of dread and despair that permeates things, especially early on, is generally palpable no matter how absurd or stupid things become. The makeup effects are also excellent, the ones involving the children particularly so, the creep factor of their appearances, especially as things progress towards to climax, deliciously high.

If only the movie were, you know, good. Watching it is more of a chore than it is a pleasure, and even if there are moments of excellence, that doesn’t make the actual enjoyment factor high. The whole thing feels as if it is stuck in second gear for the majority of the running time, the sheer avalanche of derivative content destroying all the stuff I was impressed with and liked in its belligerently unsympathetic rampage down the cinematic horror hill. The Axe Murders of Villisca never comes alive, and as such no matter how much potential as a filmmaker I think Valenzuela might possess, watching this film proves to be nothing more than a serious waste of time. 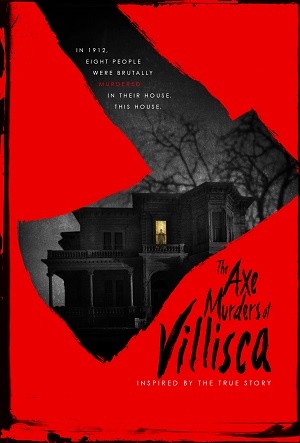