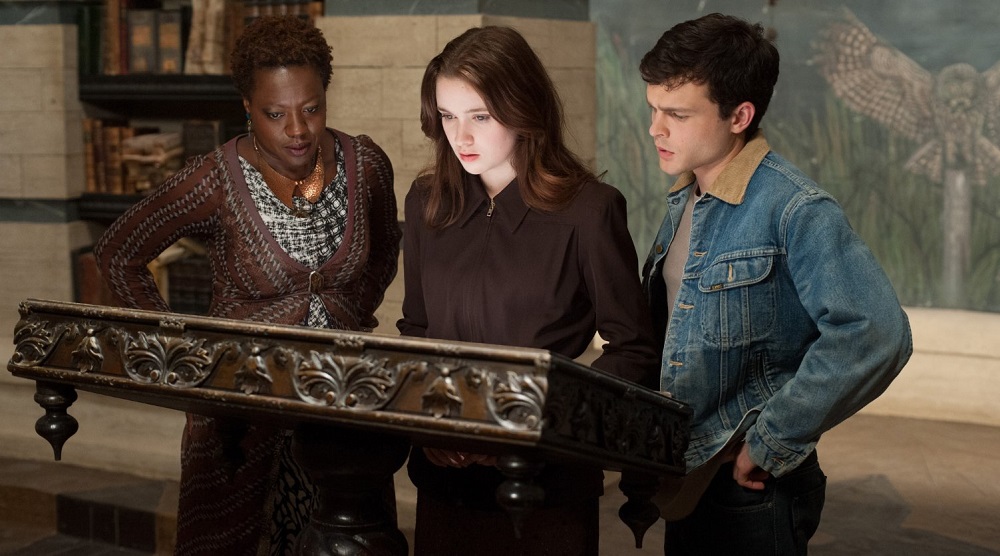 Beautiful Creatures is not the second coming of Twilight. Those expecting the same superficial romantic platitudes, the same winsomely tiring meanderings and the annoyingly sophomoric puppy love longings will need to look elsewhere to fulfill their wannabe tween girl longings. While both films are based on popular young adult supernatural novels, while each story is filled with magic, desire and copious amount of teenage angst, the reality is that the two film versions couldn’t be more different, and for my part at least that is a very good thing indeed. 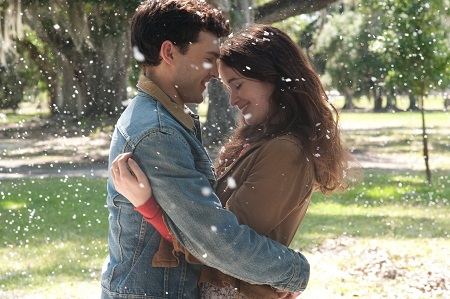 As scripted and directed by Oscar nominee Richard LaGravenese (The Fisher King, The Bridges of Madison County), this first entry in the hugely successful series of novels by Kami Garcia and Margaret Stohl is shockingly entertaining, filled with interesting characters and nicely fleshed out scenarios that captured my full attention. Better, its central romance between a wide-eyed 17-year-old boy, Ethan Wate (Alden Ehrenreich), and the mysterious, not-quite-16 object of his affections Lena Duchannes (Alice Englert) is marvelously well realized, each character far more multidimensional than I anticipated they’d be.

The plot sounds like something out of a bad CW pitch meeting. Set in the deeply religious and extremely secluded township of Gatlin, South Carolina, Ethan is a High School Senior who can’t wait to escape what he sees as the social constraints holding him back both intellectually and emotionally. He’s given a major wakeup call when Lena arrives, and although many of his classmates urge him to avoid the girl like the plague, he’s drawn to her in ways he can’t completely comprehend.

One thing leads to another and soon the pair, much to the displeasure of Lena’s reclusive uncle Macon Ravenwood (Jeremy Irons), enter into a romance, each discovering a kind of comforting protection when they are with one another they didn’t even realize they needed before they’d become acquainted. But Lena has a secret: She’s got supernatural powers. Some might even call her a witch (although she prefers the term ‘Caster’), and on her sixteenth birthday she’s going to see her powers given over to either the Light or the Dark, her fear that the evil end of that spectrum will overwhelm her making the youngster an emotional mess.

Throw in a seemingly all-knowing librarian Amma (Viola Davis) who has been helping to care for Ethan ever since his mother died in a mysterious fire a year earlier, the conservative Bible-thumping Mrs. Lincoln (Emma Thompson) who accuses Macon and his niece of being devil worshipers while hiding secrets of her own, and the untimely arrival of Lena’s Dark Caster cousin Ridley (Emmy Rossum) who giddily revels in sin, the core components required for supernatural teen-fueled melodramatic soap opera are all in place. Yet somehow LaGravenese balances these elements with ease, making the pieces fit together in a way I can’t say I’ve seen since Joss Whedon introduced Buffy to Angel. It’s fun and, even better, it’s smart, one component fueling the other making the film supremely enjoyable.

It’s not perfect, many of the supporting players, most notably Ethan’s classmates (Thomas Mann, Zoey Deutch and Tiffany Boone) and the remaining members of the Duchannes/Ravenwood clan (played by all-star character actors like Margo Martindale, Eileen Atkins and Kyle Gallner) are given a decided little to do, while the storm-filled finale ends up being nothing more than a ton of bombast building to little in the way of impact. The movie can also be a bit too cute, Richard Sherman’s (Gods and Monsters) colorful production design a bit obvious in a Tim Burton-esque gothic over the top sort of way a notable example of this. 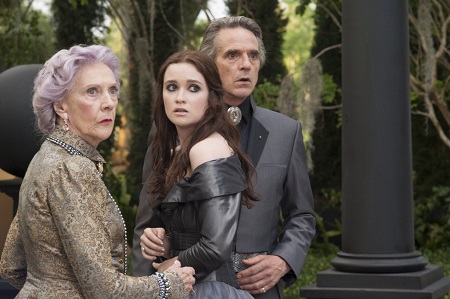 But the central casting is spot-on (Ehrenreich and Englert sparkle as the young lovers, Irons slurps up his big moments with an infectious grin, Davis could anchor this kind of stuff in her sleep, Rossum slinks through her scenes like a serpentine angel of chaos and Thompson is simply glorious) and the main emotional threads are beautifully honest and authentic so many of the film’s inherent shortcomings don’t end up mattering that much. I’d forgotten how careful and caring LaGravenese could be as a screenwriter when he set his mind to it (the malodorous taste of P.S. I Love You is still lingering in my mouth five-plus years after the fact), his handling of this material a beguiling reminder I’m blissfully happy about.

Beautiful Creatures isn’t perfect, and there are certainly elements that could be improved upon if the film ends up generating future installments. But it gets far more right than it does wrong, the movie achieving a poignant ebullience that’s bewitching. Ethan and Lena’s story is one I couldn’t help but become enamored with, and here’s hoping box office receipts are strong enough we can watch their love affair continue to blossom as their magical adventures continue to develop. 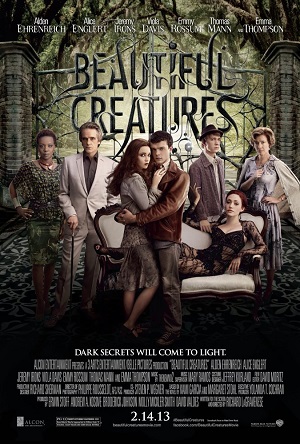