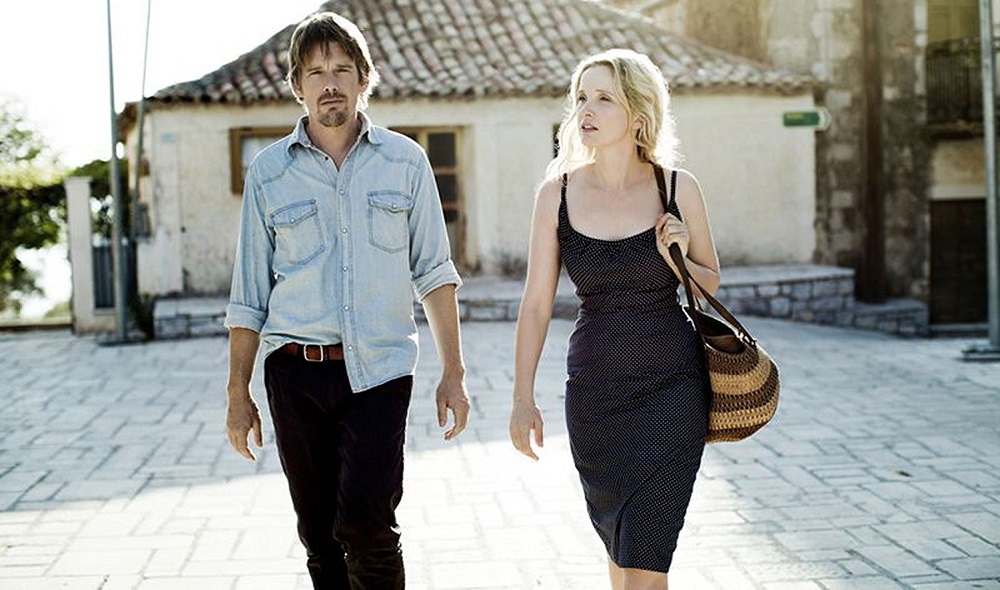 I don’t know where to begin. I loved Before Sunrise all those years ago, found it to be an incredibly joyful trifle of young people finding love that spoke to me a heck of a lot more than it arguably had any right to. Then came Before Sunset, a film set nine years later where our beloved characters reconnected on the streets of Paris coming to new revelations about their lives. That movie was darn near transformative, filled with insights and emotions that took me by complete surprise and had me rising to my feet in euphoric glee, the sequel so undeniably awesome it ended up sixth on my list of the Top 50 Films 2000 – 2009. 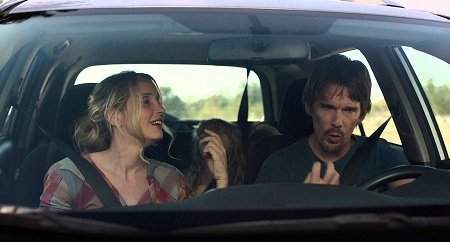 These things don’t happen. You don’t make tiny little character-driven independent comedic romantic dramas tinged with actual honest dialogues and debates nine years apart and expect them to be, not just good, but for all intents and purposes instant classics. It’s one of those small miracles of cinematic karma where the stars aligned and everything comes together with euphoric precision, and as such director Richard Linklater and stars Ethan Hawke and Julie Delpy deserved every ounce of praise they’ve received for both motion pictures.

But it couldn’t happen again, not for a third time, not nine years later once again. In movies, in cinema, the third time is rarely a charm, the successes so rare and far between it’s almost a given that part threes are consistently given a shorter shrift no matter what their pedigree. It’s one of those things that just isn’t done, at least not often, and because of that it was relatively hard to expect Before Midnight to rise to the same heights as either of its predecessors.

And yet it does. Magnificently. Wondrously. With passion and power and promise and so many other “P” words that I can’t think of right at this very second but know I would fill this review with in a heartbeat if I felt they were relevant. The truth is that Before Midnight might, emphasis on the “might” because I still need to see it another half-dozen times to be certain, be even better than either Before Sunrise or Before Sunset. Considering I feel that second film is one of the top ten features of the first decade of the 21st century, this isn’t a statement I make lightly.

Jesse (Hawke) and Celine (Delpy) are in Greece for the summer. They’ve recently said goodbye to Jesse’s son from his first wedding Hank (Seamus Davey-Fitzpatrick), his sudden absence making them reassess their life and their relationship in ways they’d only thought about previously in passing. They are gifted a night alone by their friends who are also staying at the villa of expat writer Patrick (Walter Lassally), the two heading into the town for a quiet dinner and a romantic evening at an extravagant high-priced hotel resort.

That’s it. There’s not a lot more. As plots go, that’s as monumental as it gets. But what they talk about? What they discuss? How glorious it all is! How wondrous! This is the kind of thought-provoking dialogue we all dream about having but so often seldom do. More than that, they talk about these things in ways that don’t feel like hyperbole, don’t feel like fatuous intellectually extreme gobbledygook. These discussions are honest, authentic, illuminating and true. Better, they’re entertaining, engineering laughs, tears, shocks, awes and so many other emotions running through them all here in this review is nigh impossible.

What’s more, what they’re dealing with, how they’re talking about their relationship, it is exactly the type of conversations that Jesse and Celine should be having. They’ve spent almost two decades having their lives intersect and revolve around one another. In that time they’ve started careers, entered into other relationships, even marriages, before somehow finding their way back into one another’s arms, producing two beautiful twin girls in the process. They are at a new sort of crossroads, one that could actually lead to the end of their relationship or potentially signify the start of something new and extraordinary. It’s all a great big mystery. 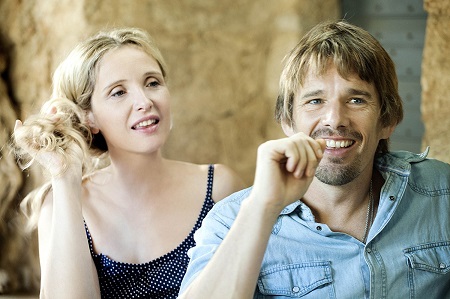 What Linklater, Hawke and Delpy have done, the three of them once again working in unique and dexterous tandem, boggles my mind. The way the movie moves, how it weaves all of its pieces together, the way it honestly and authentically brings out the best, worst and everything in-between going on between the two is nothing short of a miracle. It’s heady but accessible, weighty yet fun, and from walks amidst the Grecian ruins to hotel room bedside chats that morph from playfully amorous to risible disgust, anyone who’s ever been in any form of long-term relationship will relate to for every single second of what the duo are talking about and dealing with.

You can talk about how this saga has evolved over the last two decades, how the yarn Jesse and Celine have been spinning about relationships and the conversations people have at various points in their lives speak with such gently unrefined eloquence. You can talk about the care and nurturing Linklater, Hawke and Delpy have put into each of these features, how they make sure to do the characters and their journey subtly intoxicating justice, making it all accessible for an audience of any gender, sexual orientation or age. You can talk about a lot of things, but the only one that’s necessity is to admit that, one film to the next, this trilogy has proven to be an amazing cinematic achievement second to none. Before Midnight, like its predecessors, is a masterpiece, and I have a feeling I’ll be holding it near and dear to my heart for the rest of my life. 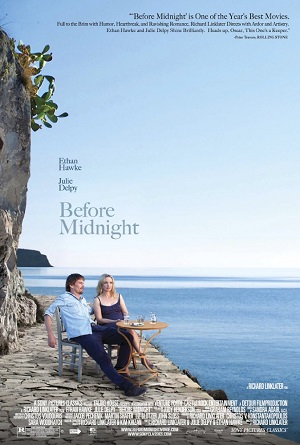