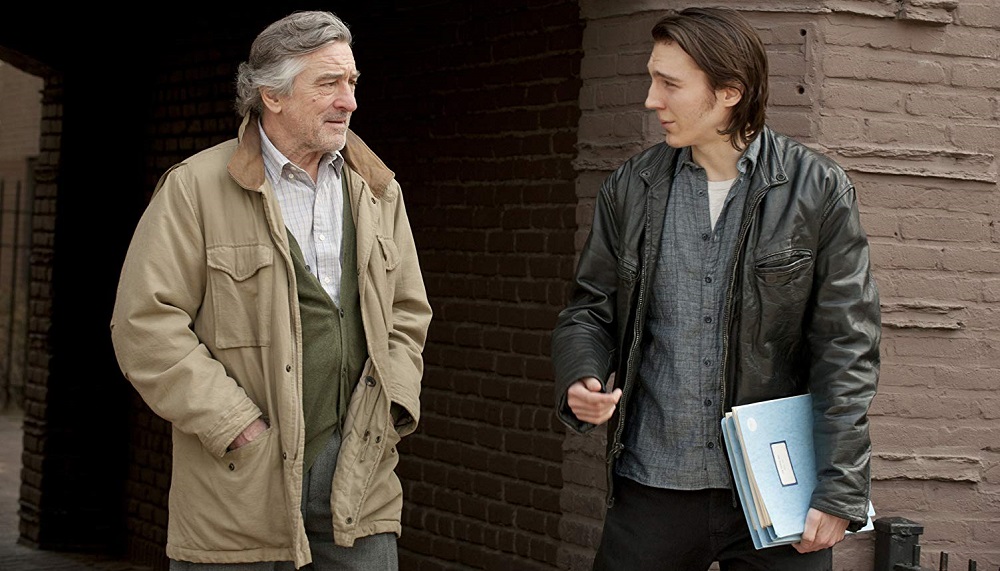 Nick Flynn (Paul Dano) doesn’t know his father Jonathan (Robert De Niro). Not that he really cares to, the man leaving he and his mom (Julianne Moore) high and dry decades ago thanks to a combination of a penal incarceration and the drinking of numerous bottles of Vodka. The young man doesn’t believe, or at the very least doesn’t want to believe, that they have anything in common, and as far as he’s concerned it’s for the best the guy isn’t a part of his life. 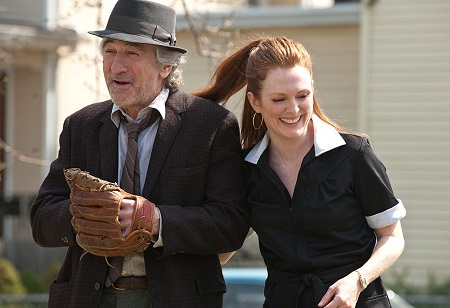 Egged on by Denise (Olivia Thirlby), a friend of a friend with whom he quickly becomes intimately involved with, Nick gets a job working at a local New York homeless shelter, ingratiating himself with the rest of the staff including head-man Captain (Wes Studi) and former addict turned front desk receptionist Joy (Lili Taylor). But things spiral out of control as Jonathan walks through the shelter’s front door, father and son suddenly confronted with one another as old demons sprout forth to do battle thanks to this reunion.

Based on the memoir by Nick Flynn (Another Bullshit Night in Suck City: A Memoir), writer/director Paul Weitz’s (In Good Company) Being Flynn understands the crazy indescribable lunacy that it is to be a professional writer. The hubris, the self-infatuation, all of it mixed with a sense of doubt, a frustrating blend of indecision and fright that is as conflicting as it is natural. A writer believes in their abilities, believes they are the best at what they do but at the same time are terrified of revealing so much of themselves they’ll be proven an obvious fraud. It’s something filmmakers have been waxing poetic about for generations, the saga of the disillusioned put-upon writer a staple of cinema since the advent of the moving picture.

It’s the rest of the stuff where Being Flynn frustrates. The relationship between Nick and Jonathan, the way they respond to one another, all of it doesn’t feel nearly as genuine as I wanted it to. For as intimate, personal, lived-in and fully experienced as their relationship might be, for whatever reason it did not resonate with me like I kept hoping it would. So much of the melodrama felt pulled from other, better movies (Wonder Boys, The Lost Weekend, even Weitz’s own About a Boy), the clichés pilling up to the point where they diluted the impact of the other honestly realized emotions that were energetically percolating throughout so much of the rest of the story.

Save one or two scenes where he can’t help but go enthusiastically over-the-top, I still loved De Niro in this. Lately it has been so rare that the actor finds a character worthy of his talents, one where he doesn’t feel the need to phone in his performance or rely upon ticks and traits that have almost made him a caricature of his Oscar-winning past (Everybody’s Fine and Stone being notable exceptions). His command of Jonathan, his delusions of grandeur as he proclaims himself to be a literary titan, the little hints of darkness and tragedy that gleam through his eyes, all of it combines to craft a tragic figure who can’t help but be awe-inspiring.

On the flipside, I’m not sure what I make of Dano. Like just about everyone I adored him in Little Miss Sunshine, felt his performance was one of the best things in an already excellent film. He was also good in There Will Be Blood, but that movie was more about Daniel Day Lewis’ dominating presence and the direction of Paul Thomas Anderson than it was anything else, so I’m not exactly sure I can single him out one way or the other. 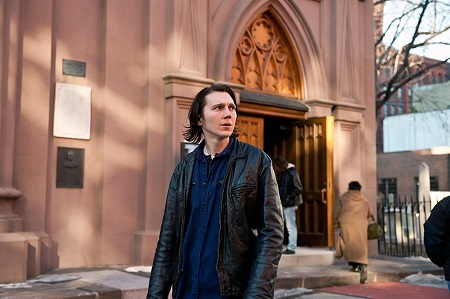 Here, however, I sort of felt the same way about his Nick Flynn as I did about the characters he’s portrayed in The Extra Man, Meek’s Cutoff and the more or less execrable Gigantic. His performances intrigue and disaffect me in almost equal measure, and I can’t always get a handle on why this so often tends to be the case when he’s been cast as one of the leads. I don’t feel near the same when he’s just part of the ensemble (Knight and Day, Cowboys & Aliens). I almost always seem to like him then. But in this film as Nick, there were times I related to him and others where I wanted to get as far away from the guy as possible, and by the time the story concluded I almost didn’t care whether he dealt with his daddy and addiction issues and got on with his life or not.

All of which makes Being Flynn something of an oddity. Yet when Weitz gets things right, when the emotions are true and the motivations feel genuine, I couldn’t take my eyes off of the screen. I could relate to the Flynns, could understand their internal battles probably much better than I should admit. Even with my reservations this is a movie I know I’ll see again. More than that, I want to see it again. It’s captured a corner of my imagination, and for all my mixed feelings that’s a trait I’ll happily celebrate now and far into the foreseeable future. 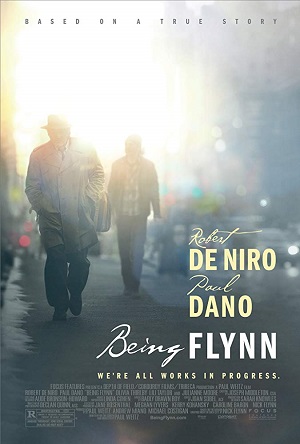