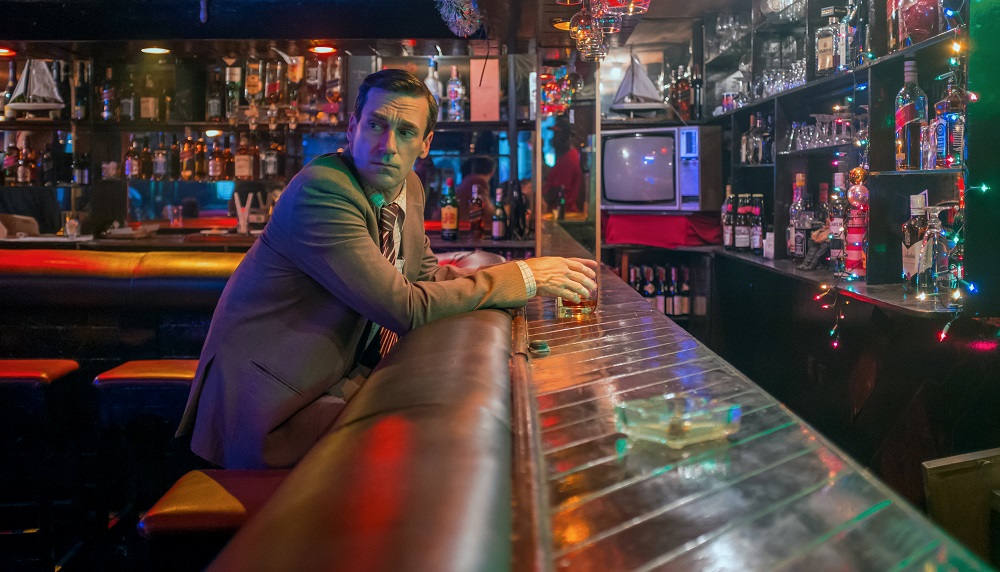 Beirut. 1982. It’s been ten years since former U.S. diplomat Mason Skiles (Jon Hamm) was witness to senseless tragedy. Now working as a corporate negotiator, he has allowed himself to become nothing less than a chain-smoking functioning alcoholic, and while his mind is as sharp as ever, his desire to do much more than the bare minimum isn’t strong. But now he’s back in Beirut, and he’s not so much of a drunk to realize the “cultural attaché,” Sandy Crowder (Rosamund Pike), assigned to escort him around the bombed-out city is actually a covert CIA analyst who must be working for his former best friend and diplomatic coworker Cal Riley (Mark Pellegrino). 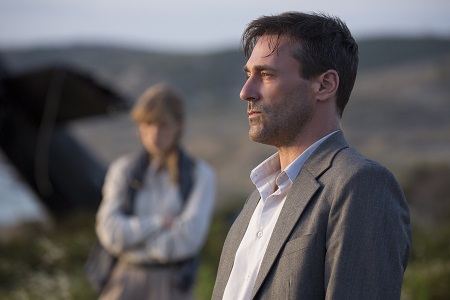 It soon becomes clear why Mason was summoned. CIA and Embassy officials Donald Gaines (Dean Norris), Gary Ruzak (Shea Whigham) and Ambassador Frank Whalen (Larry Pine) need him for a job, and it’s one he’s been asked for personally. Terrorists have taken Cal hostage, and their price for his return is the release of their leader Abu Rajal (Hicham Ouraqa) whom they believe is secretly being held by the Israelis. Mason understands the international implications of what this swap would mean for maintaining peace in the Middle East. At the same time, estranged or not he’s also equally motivated to find a way to save his friend’s life. It’s a quandary, and Mason is going to need all his faculties in working order if he’s going to come up with a plan that will send all parties away from the negotiating table happy and ensures Cal goes back to his wife and family alive.

The espionage thriller Beirut is not based on a true story. Writer Tony Gilroy (Michael Clayton, Rogue One: A Star Wars Story) has fashioned his hot-button tale utilizing real places and incidents for inspiration even if the narrative itself is a fictional one. Yet Gilroy’s script overflows in authenticity. Much like his work on The Bourne Identity and three of its subsequent sequels (but notably not Jason Bourne, and it showed), there is a level of tactile validity that runs through the entire story from start to finish. Like all the best fictional spy melodramas, truth must course through them in order for their crazy twists and turns to resonate. That is happily the case here.

What’s great is how Gilroy utilizes so many different genre clichés and yet still finds ways to make them feel fresh. Mason is a burnout. He’s a drunk. He’s disheveled and has trouble putting the pieces of his life together into a finished puzzle. But while his brain might be a little weakened to all this misuse, that doesn’t mean it can’t be sharpened into something intellectually lethal if he’s suitably motivated. Gilroy gives Mason those reasons. Not just because he’s driven to help an old friend, but also because there’s joy to be found in suddenly feeling useful and valuable once again. Additionally, there’s another personal reason relating back to the tragedy a decade prior which makes his sit up at attention, a realization as to the part he helped play in Beirut’s current situation that supplies him with extra impetuous to get the job done that might not have been there otherwise.

For Brad Anderson, the film is a triumphant return to form reminding me just how strong a filmmaker the Next Stop Wonderland, Session 9, The Machinist and Transsiberian director can be. He doesn’t sensationalize the material, balancing all the different political and moralistic elements in a way that’s suitably compelling. What’s even better is that he allows audience members their freedom to make up their own individual minds as to what the lessons born out of this chaos, deception, turmoil and bloodshed end up being. This allows the inherent tension driving things forward to feel achingly personal, and by the time Mason started laying the groundwork for his final plan of attack I almost felt like I was just as emotionally invested in the outcome as he was.

Hamm is superb. He’s like a 1980s version of a 1940s cynical American expatriate like the ones Humphrey Bogart used to play to such perfection, guys who put up a tough, drunken façade but underneath it all were still heroes willing to do whatever it took, no matter how nasty, to ensure the day was saved. Hamm saunters through the film with a world-weary bravado that’s sadly understandable, the personal familial losses Mason endured during his original tenure in Beirut indisputably beyond the pale. But Hamm refuses to pity his character, doesn’t allow him to descend into a state of maudlin melancholy that might have made him insufferable. Instead, there remains a roguish charm sparkling in those otherwise beleaguered eyes, and watching the actor transform that little twinkle into a determined fiery blaze is nothing short of magic. 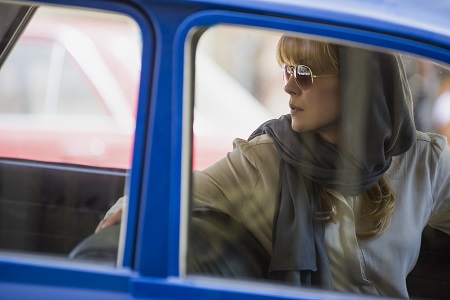 The rest of the cast does what they can, but most of them are playing archetypes and caricatures, not fully fleshed out human beings worthy of much in the way of attention. Whigham has a few nice back and forth comedic moments with Hamm that are noteworthy, while Pellegrino has one terrific scene on a military runway where Cal watches Mason walk away for what might be the last time that’s sublime. Pike also has a handful of strong individual moments, but sadly none of them add up to much, Sandy so ill-defined some of her character’s actions feel more born of narrative necessity than they frustratingly do anything else.

But the movie works, sometimes brilliantly. Gilroy’s script nails so many of the key elements it’s hard for me to be all that angry that it isn’t perfect, while Anderson directs with confidence, refusing to accelerate the pace or toss in an extra action sequence just for the sake of doing so. Instead, the pair let suspense build gradually, putting their primary character front and center for the audience to focus upon, each and every one of this man’s shortcomings and insecurities on naked display for them to see. As such, watching Mason do his thing as he uses his wits and his intelligence to bring his friend home is undeniably tense, Beirut a handsomely mounted Middle Eastern Bridge of Spies I almost couldn’t help but enjoy. 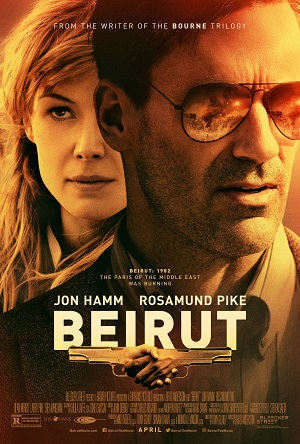