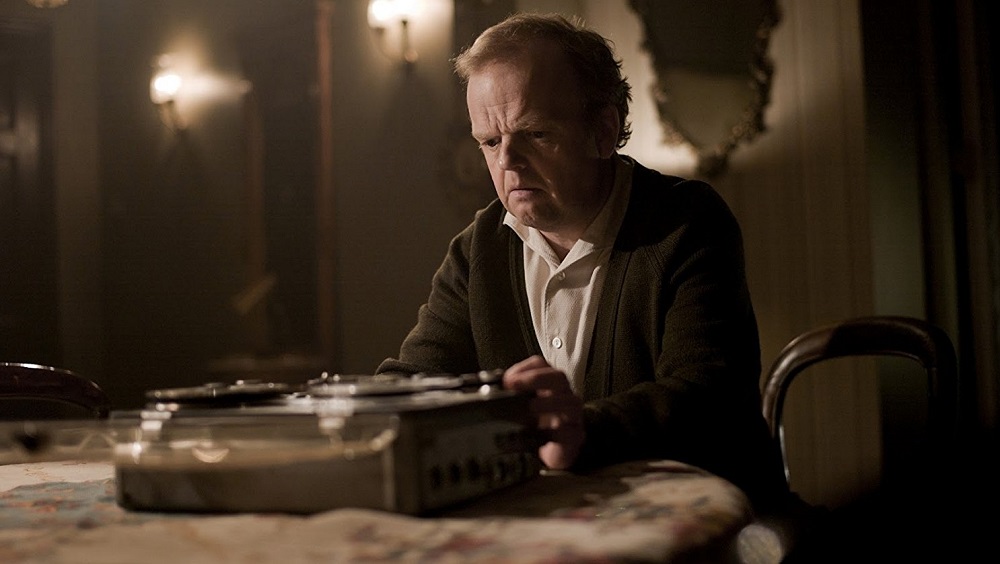 Renowned British sound engineer Gilderoy (Toby Jones) didn’t know what he was in for when he agreed to come to Italy to work on a film with the working title “The Equestrian Vortex.” With a background in nature documentaries, he thought he was going to be crafting the sounds for a movie of somewhat similar ilk. But the film, an Italian Gialo popular with the masses, a horror film filled with all types of sexually-charged depravity, is anything but what he’s familiar with, the images on the screen he’s tasked with given voice to slowly tearing him emotionally apart. 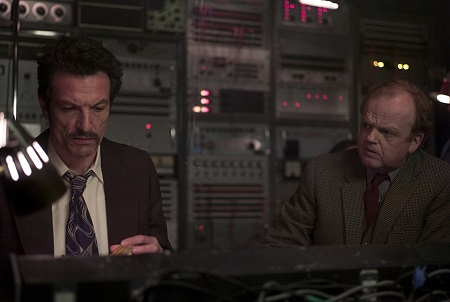 It’s hard to describe writer/director Peter Strickland’s (Katalin Varga) highly unusual sonic horror film Berberian Sound Studio save to say it’s brilliantly original. Equally terrifying and mystifying, the movie is a cerebral puzzle box where sound is the chief weapon of mental imbalance, the job of creating fake ones signifying all sorts of deathly bone-splitting misery unleashing a freaky, unsettlingly uncomforting toll. It doesn’t always make a ton of sense and that’s by design, Strickland’s construction a bona fide brain teaser that means to screw with your perception of reality in every way it can.

And that’s awesome. Watching Gilderoy slowly devolve into a manic mess is unexplainably disconcerting. He’s a man out of touch with what he’s used to, surrounded by people who confound him, tackling bureaucracies he doesn’t understand crafting unique sonic soundscapes for a movie he finds abhorrent, all while forced to deal with ever-escalating oddities completely outside his control. It’s sublime nonsense. At the same time, it’s oddly personal, the spell being cast one beyond all rational comprehension.

The genius of what Strickland’s done is that he uses the very skills Gilderoy is so gifted at utilizing against the very audience who is watching a movie about that very subject, sound design. We never see the actual horror flick he is creating sounds for, never get a glimpse of the images he is so obviously disturbed by. Instead, all we see is how Gilderoy crafts this terror-filled operetta, cabbages and watermelons being obliterated and pounded to emulate the decapitations and dismemberments talked about by the producer Francesco (Cosimo Fusco) and his womanizing director Santini (Antonio Mancino) in so much antiseptic, gory detail. It’s a glorious trick, the aural sleight of hand bordering on ingenious, Strickland effortlessly guiding things towards their conclusion. 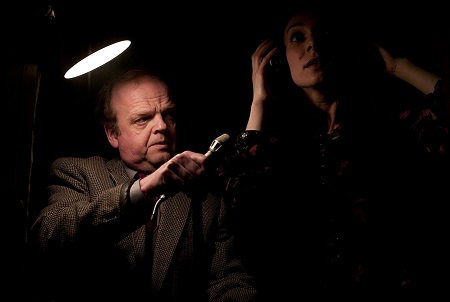 But then it gets even weirder. Gilderoy becomes lost, entranced so completely by what has been transpiring he seemingly loops inside the very movie he has been making, the Gialo in question no longer “The Equestrian Vortex” but the composing of its sound design by a supposedly timid, tight-lipped, buttoned-up Englishman. It’s as if there is a movie within the movie within the movie, keeping up where Strickland is heading an improbable impossibility that tests the very fabric of a viewer’s intellectual acumen.

I’ve watched Berberian Sound Studio three times and I’m still not entirely certain I’ve got it all figured out. At this point, I’m fairly certain I’m not supposed to. Superbly acted by the criminally underrated Jones, featuring a rather awesome sound design of its own (as if it could have afforded not to have had one considering the subject matter) and sporting a Goblin-esque score from an outfit called Broadcast that’s as pretty awesome, Strickland’s latest isn’t really a horror film yet in all ways that count its still pretty terrifying. It’s one of 2013’s most making it one of most sublimely unconventional oddities, and without question is worthy of being experienced sooner rather than later. 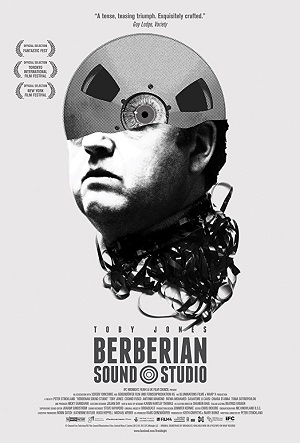