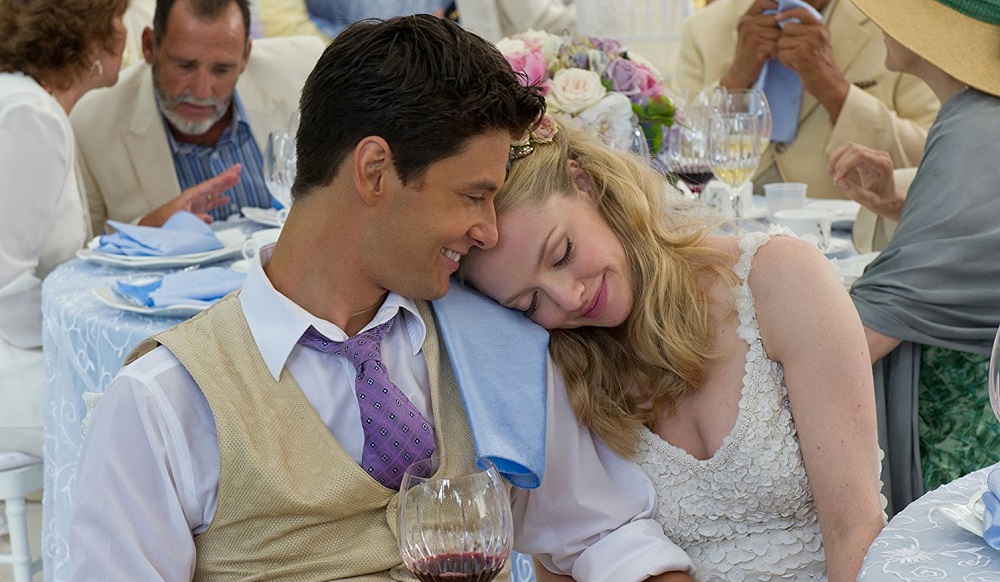 Star-Studded Wedding Not Worth the RSVP

Alejandro (Ben Barnes) is getting married to his childhood sweetheart Missy (Amanda Seyfried). The adopted son of Don (Robert De Niro) and Ellie (Diane Keaton), divorced now for close to a decade, he’s happy the pair are reuniting for his nuptials, the whole family, including older siblings Lyla (Katherine Heigl) and Jared (Topher Grace), reuniting for the first time in years at the clan’s lakeside home for the ceremony. 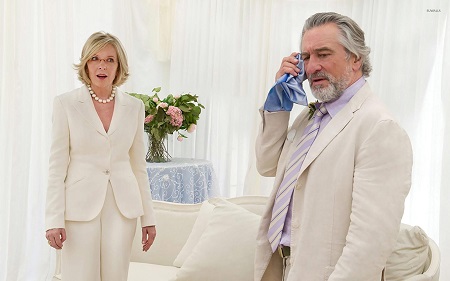 But there’s a problem. Alejandro’s birth mother Madonna (Patricia Rae) is coming for the wedding. As a devout Catholic, the young man does not think his adopted parent’s divorce will sit well with her. With that in mind, much to the chagrin of his father’s longtime companion Bebe (Susan Sarandon), he convinces Don and Ellie to pretend they’re still wed until after Madonna has left, thinking this small deception will allow for relatively peaceful ceremony devoid of drama.

He’s wrong, of course, this bit of subterfuge just the tip of the iceberg as far as the comedy The Big Wedding is concerned. Based on the French farce Mon frère se marie, this Hollywood remake written and directed by Justin Zackham (he wrote Rob Reiner’s The Bucket List) is a bit of a tonal nightmare, and the only reason it proves to be even slightly bearable is due in large part to the obvious talents of its star-studded cast. Attempting to walk a fine line between sweetly sentimental and sexually crass, the film is an maudlin bit of sitcom-level treacle that never rises above the facile tendencies of its obnoxiously obtuse narrative, and as such even with a few honest laughs is beyond the realm of anything I could possibly recommend others watch for themselves.

Sitting in the theatre, not knowing the movie was indeed a remake, a fellow critic and I commented about halfway through that all this had the feel of something French director Francis Veber (Les compères, The Dinner Game) would have come up with two or three decades ago. There is a freeze-dried nature to the complications facing Alejandro, Don, Ellie and the rest of the clan that is unavoidable, making the resulting interactions between family members and their guests all the more tiredly noxious because of it.

But then there is that cast, and for as horrific as the plotting might be and as absurd as the majority of the dramatic elements are, each actor gives far more of themselves to the project that on the surface feels even slightly necessary. Heigl hasn’t been this likable in ages, at least since Knocked Up, while De Niro slips into the role of the family’s chief cad with likable grace. He has great verbal bouts with both Keaton and Sarandon, each actress making the most of the hackneyed nature of their characters with an effortless ease that keeps their respective dignities intact. Grace manages to knock a few of the script’s choicer lines out against the outfield wall for a series of solid doubles, while Robin Williams pops in playing the township’s sarcastic priest making the most of a character who in lesser hands would have been a risibly noxious afterthought and precious little else. 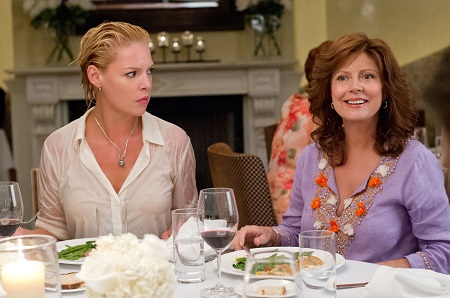 At the same time, Barnes and Seyfried (who needs to stop taking these kinds of roles, she’s played the bubbly bride in bad comedies far too often now) have little chemistry, the selfish nature of Alejandro’s request making it hard to like the boy no matter how enticing his smile might be. Rae is wasted in a relatively thankless part, as is Ana Ayora, the young firebrand stranded playing the sexually adventures little sister of the groom anxious to be freed from her virginity. Also given the short shrift are Christine Ebersole and David Rasche portraying the bride’s cluelessly racist parents, neither of them given near enough to work with to allow their comedic radiance to break through and overcome the moderately terrible dialogue they’re forced to spout.

I’d be lying if I said I hated The Big Wedding entirely, because at no time during the 90 minutes it ran did I feel bored or wanted to bolt from my theatre seat. Not that I was ever entertained by Zackham’s film, and truth be told had the majority of the cast not given it their best efforts I doubt there would be anything of merit to talk about. This is one festive event I easily could have done without, and as engagement parties go leaving this film at the altar all alone isn’t all that bad an idea. 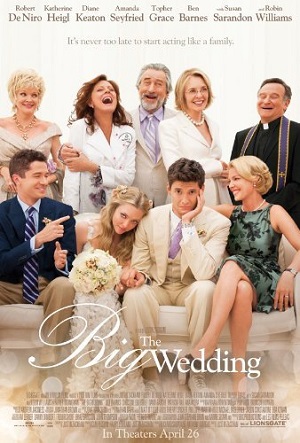