Allen’s Jasmine a Fiery Showcase for a Blistering Blanchett

I’m not going to say Woody Allen’s latest comedic concoction Blue Jasmine is anything close to resembling perfection. A number of its insights are obvious, its attacks on bourgeoisie snobbery and societal malaise amongst the wealthy nothing new, and while the knife is out and the cuts are noticeable, the satirical observations don’t draw near as much blood as they have in a number of the filmmaker’s previous works. Things don’t connect with near as much blissful perfection as they did in the legendary writer/director’s most recent triumph, Midnight in Paris, while past winners like Match Point, Mighty Aphrodite and Crimes and Misdemeanors covered somewhat (emphasis on “somewhat”) similar material in the process packing more of an emotional wallop than this one does. 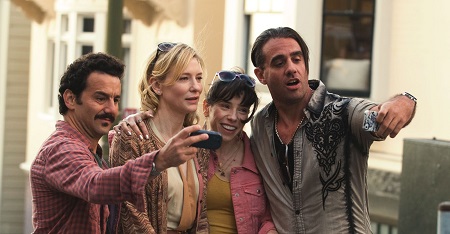 All the same, Blue Jasmine is essential Woody, the filmmaker taking no prisoners and pulling few punches as he tells the story of a former New York socialite, the titular Jasmine (Cate Blanchett), brought low after her Wall Street tycoon husband Hal (Alec Baldwin) loses their fortune and is sent to prison for investor fraud. Heading to San Francisco to live with her more earthbound sister Ginger (Sally Hawkins), she reinvents herself by making a number of the same materialistic mistakes she did when she was married, thus sending her life, as well as that of her sibling’s, into mercurial chaos.

It’s a simple setup, the scenario allowing Allen to wax poetic about today’s cultural imbalances as he sees them, commenting on everything from social media to snooty upper class privileges in the process. He zeros in on so many nasty aspects of human nature spending time with Jasmine can be taxing, her constant prattling about this and that and them and how wonderful it was to have “all that money” getting on my nerves on more than one occasion.

But that’s the point. Jasmine’s inability to see beyond her own nose is what has led her to the precipice of disaster. She has become obsessed with the façade, has embraced the mirage, the fact the rug has been pulled completely out from underneath her not stopping the woman from constructing a new persona she’s positive men of a certain type (i.e. wealthy) will flock to. It also hasn’t stopped her from passing judgment on her own sister, doing her best to convince Ginger that her latest beau, Chili (Bobby Cannavale), is nothing more than a working class loser, her constant barrage of insults and snide comments slowly sowing seeds that could potentially blossom into something tragically devastating.

The cast is universally terrific, Allen crafting an eclectic ensemble that includes more than just Baldwin, Hawkins and Cannavale, actors Andrew Dice Clay, Michael Stuhlbarg, Alden Ehrenreich, Louis C.K., Tammy Blanchard and Peter Sarsgaard bringing their eclectic and wildly disparate talents to the mix. Hawkins is the obvious standout, being the secondary central player this is hardly a surprise, but Clay, Cannavale and especially Sarsgaard each have some incredible moments, while a climactic scene between Ehrenreich and Blanchett is incredible. All deliver, each having at least one moment to bring their characters to life and make Allen’s themes resonate a little bit more than they otherwise would have, each actor lowering the boom when required while also adding a modicum of levity just when it’s needed the most. 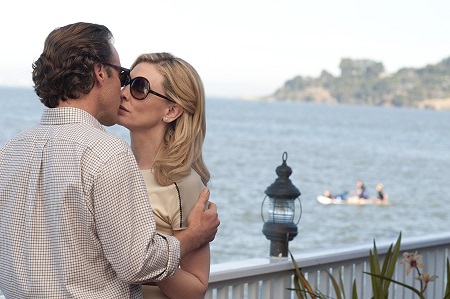 The reason to see this movie, however, and why it will be garnering Oscar talk come next February (and while it’s certain a Best Actress nomination is guaranteed), has everything to do with Blanchett and Blanchett alone. This isn’t a performance so much as it is a revelation, the actress a show-stopping marvel. The Oscar-winner goes places I can’t say with any certainty that she’s been before, her Jasmine a no-holds-barred whirligig of selfish emotional excess that’s extraordinary. I never knew what she was going to do, what she was going to say, which neuroses would rise to the surface or when a modicum of honest, authentic tenderness would transpire between Blanchett and Hawkins. This is an uncompromising and heartrending portrait of narcissism run amok that held me spellbound, the character a polarizing and tragic figure whose descent into madness is nothing less than a heartbreaking certainty.

As for the rest of Blue Jasmine, much of it comes close to rising to Blanchett’s level only to never quite get there. Additionally, while I did find the last image to be superb, Allen ending things on such an astonishingly cynical note I was honestly a little shell-shocked, I imagine general audience are going to be in for a bitter surprise as there are no easy outs for Jasmine in Allen’s acidic worldview. The movie is a good one, sometimes great, and even if nothing here is new or profound, the director is still making statements I think just about everyone could use to take note of. 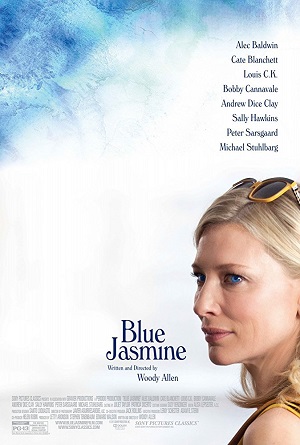