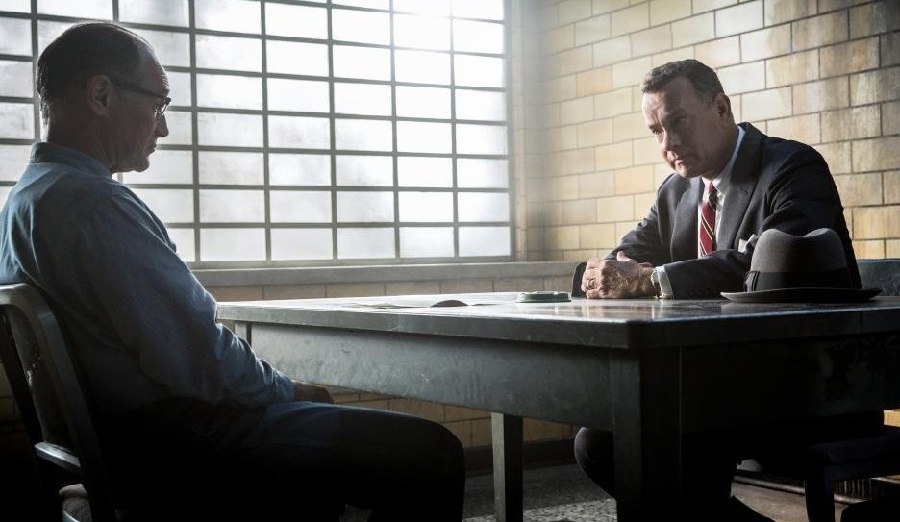 “We have to have the conversations our governments can’t.” 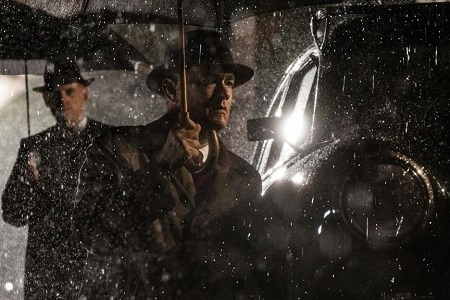 “With the Cold War raging, the FBI has arrested Rudolf Abel (Mark Rylance) as a Russian spy. Wanting to show the world that American justice is equal for everyone no matter what the crime, the Justice Department, with the assistance of his fatherly boss Thomas Waters, Jr. (Alan Alda), urges esteemed Brooklyn lawyer James B. Donovan (Tom Hanks) to defend the accused to the best of his abilities. While his wife Mary (Amy Ryan) would rather he’d decline, the patriotic jurist sees it as his duty to take on the case, realizing that by doing so he’ll likely become the second most hated man in the country, the first being the client he’s now agreed to represent.

Inspired by real events, Steven Spielberg’s Bridge of Spies is a handsomely mounted, remarkably entertaining procedural that’s as compelling as it is informative. While not quite soaring to the same, instantly classic heights as the filmmaker’s last historical endeavor, Lincoln, this is without a doubt one of the storied director’s best films in over a decade, at least since the double-whammy of Minority Report and Catch Me If You Can, probably since his criminally underrated A.I.: Artificial Intelligence. It is an invigorating, old school drama made with the same care and attention to detail Stanley Kramer brought to films like Judgment at Nuremberg, Inherit the Wind and The Defiant Ones, showing a measured touch that in many ways is extraordinary.

Unsurprisingly, on a technical front the movie is aces across the board. Veteran Spielberg contributors cinematographer Janusz Kaminski (Schindler’s List) and editor Michael Kahn (Close Encounters of the Third Kind) are each at the top of their respective games, while new collaborators costume designer Kasia Walicka-Maimone (Moonrise Kingdom) and production designer Adam Stockhausen (The Grand Budapest Hotel) do a spectacular job helping the director give this Cold War world life. Only composer Thomas Newman (Side Effects) comes up short, his music never achieving liftoff, the music instead sounding as if he’s attempting his best John Williams imitation instead of allowing his own Oscar-winning instincts to lead him in a personal, and likely more effective, direction. 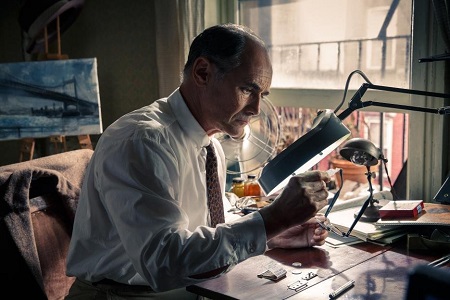 There are a handful of other, relatively minor annoyances, not the least of which is the way the script hangs Ryan’s loving wife out to dry with precious little to do other than pine for the safety of her husband, but these problems do not matter nearly as much as they could have in lesser hands. Spielberg is in fine form with Bridge of Spies, his handling of the material confidently self-assured and magnetic. A stunning procedural, this is an intimate, engagingly personal thriller that held me spellbound first moment to last, building to a suitably tense climax upon the film’s titular location that’s as appropriate as it is divine.”

Bridge of Spies was nominated for six Academy Awards including Best Picture. It’s hard to say it doesn’t deserve a single one of them (save maybe the one for Best Original Score, as I’m not a huge fan of Newman’s music for the film), and re-watching again at home I was struck just how emotionally involving all of this Cold War wheeling and dealing proves to be. Spielberg has directed another winner, proving once again he’s still one of the most talented and vital American filmmakers working today.

All four featurettes are very good, each featuring interviews with cast, crew and even some of the real life individuals depicted inside the film itself. Terrific, highly informative stuff.

Steven Spielberg’s Bridge of Spies holds up remarkably well on subsequent viewing, both Mark Rylance (who is nominated for an Oscar) and Tom Hanks turning in virtuoso performances as the two men central to all the Cold War antics that transpire. This Blu-ray presentation is close to perfect, and as such comes very highly recommended. 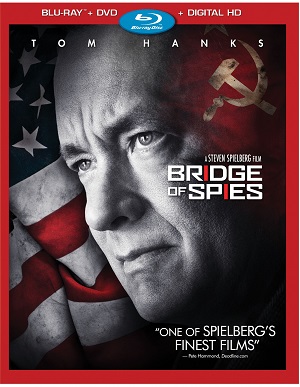