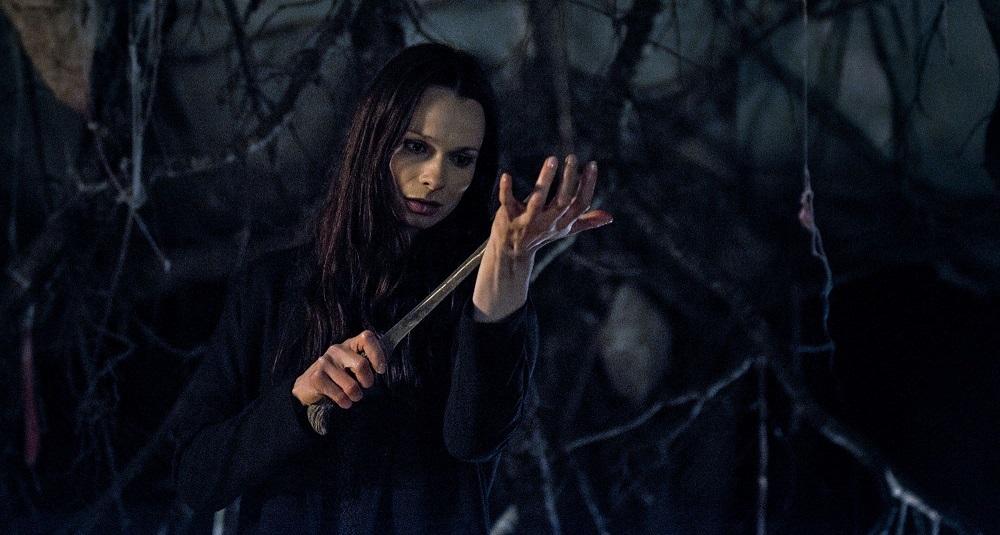 Faith (Naomi Battrick) feels as if her world is falling to pieces. Bullied at school, things aren’t all that much better at home, her chef father Sean (Sam Hazeldine) in the midst of a losing battle against leukemia. Things take something of a positive turn, though, when the new field hockey coach Sissy Young (Anna Walton) promotes the teen to the Varsity squad. More, she claims she can stop the bullying and, more importantly, save her dying daddy’s life. 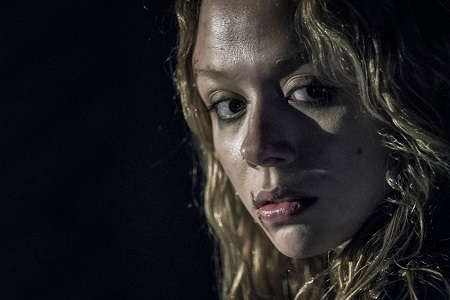 How? Sissy’s a witch, the leader of an extremely old coven living in a magnificent gothic mansion where a powerful subterranean cherry tree grows granting her access to all the powers of the underworld. She’ll save Sean, make him cancer free. She just wants one thing. She wants 15-year-old virgin Faith to give birth to a child.

Not just any child, of course, and it doesn’t take much in the ways of smarts to realize things are going to get very Rosemary’s Baby, very fast for poor Faith if she takes Sissy up on her offer. But that’s just how director David Keating’s latest supernatural chiller Cherry Tree rolls, his handling of Brendan McCarthy’s script owing as much to that 1968 Roman Polanski classic as it does to a litany of disparate horror chestnuts ranging from The Exorcist, to The Evil Dead, to The Vampire Lovers, to The Brood, to Suspiria. Thing is, unlike the pair’s last collaboration, 2010’s rather sublime Wake Wood, it almost feels as if the duo is making this one up as they go along, the resulting film as silly as it is brain dead, making it 2016’s first official dud coming from a pair of filmmakers I honestly expected more from.

It isn’t a total loss by any stretch of the imagination. The makeup effects, especially the creature designs seen during the gore-filled climax, are outstanding, calling to mind Clive Barker’s Nightbreed and Guillermo del Toro’s Pan’s Labyrinth. Walton, also, potentially could have been a sensational villainous, the way she saunters and slinks through the film having an uncomfortably hypnotic quality that creepily got under my skin. As for the blood and guts, there are a couple of sequences that got even my hardened, seen-it-all heart to beat a little faster than normal, a scene where a bunch of centipedes decide to do their best “angry molesting tree” impersonation exceedingly icky. 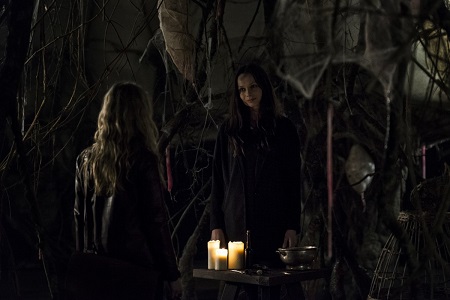 But it’s just all so dumb. More, it never makes any sense, Sissy’s machinations so randomly conceived and executed, making heads or tails of them is close to impossible. On top of that, why Faith would be intrigued by her coach’s proposal is obvious, but how things come to pass is so unrelentingly dopey, stifling laughter as she descends deeper and deeper into a never-ending rabbit hole becomes increasingly difficult as events progress. When a best friend goes late night grocery shopping covered in the fresh blood of a birthing gone awry I’d about lost all patience with the film, but then it just gets even sillier and more absurd from there. By the time a long-dead boy toy is resurrected as a bloodthirsty demonic killer my eyes had rolled so far back into my head I was all but blind, no longer caring what was going to happen to Faith or if Sissy was going to become Satan’s most powerful concubine.

I’m usually partial to the kind of gruesome delights Keating and McCarthy were attempting to compose for me here, and in a better motion picture I can say with relative certainty Walton would be one heck of mesmerizing nemesis. But, for all its technical prowess, this is an anemic, nonsensical horror opus that seldom goes anywhere of interest, everything building to a terribly unsatisfying conclusion that’s forgettable and bland. In other words, Cherry Tree is the pits, and there’s little more to say other than that. 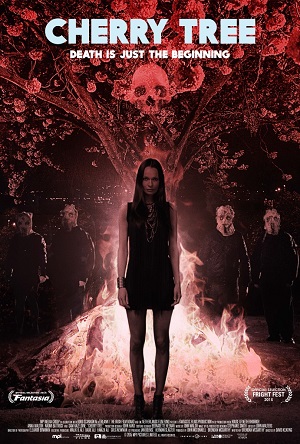