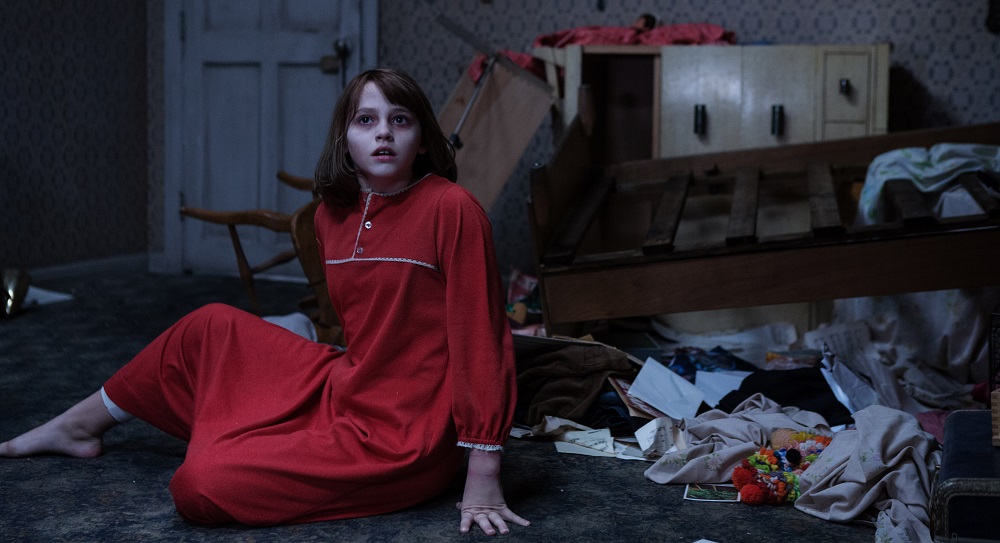 After investigating a case of the paranormal on Long Island in Amityville that would become famous the world over, Ed (Patrick Wilson) and Lorraine Warren (Vera Farmiga) have agreed to take a break from ghost hunting for the Catholic Church. Lorraine has had a vision, has made a connection with a demonic figure she is certain is a clue signifying her beloved husband’s death, and as such she feels it is time for the both of them to call it quits.

In Enfield, a small township in England, single mother Peggy Hodgson (Frances O’Connor) and her four children are under assault. There is something in their home, an entity that claims to be the 72-year-old former resident of their home, a man who had a heart attack and died there many years prior. The one most affected is youngest daughter Janet (Madison Wolfe), the spirit using her as a vessel to deliver its ultimatums and unleash whatever chaos it can. But there is more going on, something even more malevolent behind the scenes, and at the urging of the Church the Warrens come out of their self-imposed seclusion to learn whether or not the Hodgson’s claims of a supernatural assault are genuine or are instead nothing more than an elaborate hoax.

Once again based on a supposedly true case of the paranormal witnessed by the Ed and Lorraine Warren, The Conjuring 2 reunites all the major players behind the surprise 2013 hit The Conjuring, including director  and co-writer James Wan, fellow screenwriters Carey and Chad Hayes, composer Joseph Bishara, editor Kirk M. Morri and production designer Julie Berghoff. New to the team are an additional screenwriter, David Johnson (Orphan), and Oscar-nominated cinematographer Don Burgess (Forrest Gump), the latter’s imprint on the proceedings not to be undervalued or underestimated.

Make no mistake; The Conjuring is the best film Wan has ever had a hand in creating. It showcased him at his absolute best, the Saw and Insidious impresario never giving into his baser tendencies towards sensationalism or pointless comedy, instead crafting a concise, chilling and altogether sensational story of possession that, while not doing anything different or new, managed to scare the bejesus out of most who saw it in its initial run all the same.

It isn’t going to surprise anyone that this second story revolving around Ed and Lorraine doesn’t have quite the same impact as its predecessor. Additionally, at over twenty minutes longer, it has the nasty habit of repeating a handful of its scares multiple times, pounding home the point that the situation for Peggy and her children is a serious one long after that fact has been made more than crystal clear. There are a handful extraneous characters who, while there during the actual 1977 case itself, aren’t useful here, a skeptical paranormal researcher played with detached aloofness by Run Lola Run and The Bourne Identity star Franka Potente particularly so.

More than that, though, the success of the first film, as well as last year’s Furious 7, had obviously given Wan a lot more freedom to do whatever the heck he wants to. As such, where he allowed his actors to do almost all of the heavy lifting in The Conjuring, notably an award-worthy turn by Lili Taylor that was never given the recognition it deserved, here he gets obsessed with painting a lot of nonsensical visuals utilizing some rather shaky CGI effects. The last 10 minutes are a frenzied muddle that aren’t nearly as effective as they should be, the solution to the problems facing both the Warrens and the Hodgsons never connecting on the emotional level they need to in order to pack the desired punch.

Not to say The Conjuring 2 isn’t worthwhile. Just the opposite. Wilson and especially Farmiga are, once again, excellent as Ed and Lorraine. Not only is their healthy, deeply loving marriage presented in a way we seldom see in major motion pictures, but the sparse simplicity in the way it is depicted makes it even more affecting. This allows moments between the two, whether they be personal or much more, shall we say, sinister in nature, to sparkle and come alive, the passions connecting them always apparent no matter how extreme or unsettled events might become.

Then there is the important matter, and that’s the scare quotient. This sequel might be too long, it might repeat itself at times, but gosh darn it all if that doesn’t mean it is any less tense or suspenseful. Wan has become a master at generating cold, calculated thrills, engineering them with a confident precision that is exhilarating. There is a sequence in the Warren’s home involving a painting that is a thing of chilling beauty, while a sequence involving poor little Janet as she finds herself looking at a world turned upside down had me sitting on the edge of my seat. Bishara’s score augments things magnificently, while Burgess’ camerawork is unnerving in ways that seldom call attention to itself, the images having a smoothly seductive allure that are uncomfortably breathtaking.

The Conjuring 2 could be better, there’s no denying that. It’s too long and gets too frenzied as it reaches its climax, never digging as deeply under the skin as the first film did. But Wan knows what he is doing, and more often than not this sequel offers up enough in the way of thrills and chills to satisfy. Even with my reservations, I liked this films, at times a whole heck of a lot, and if the filmmaker feels the need to explore more of the many case files sitting in the Warren’s archive I for one cannot wait to see which story they choose to tell next. 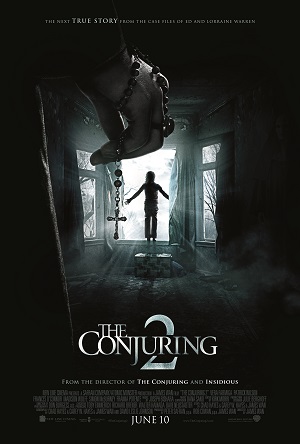