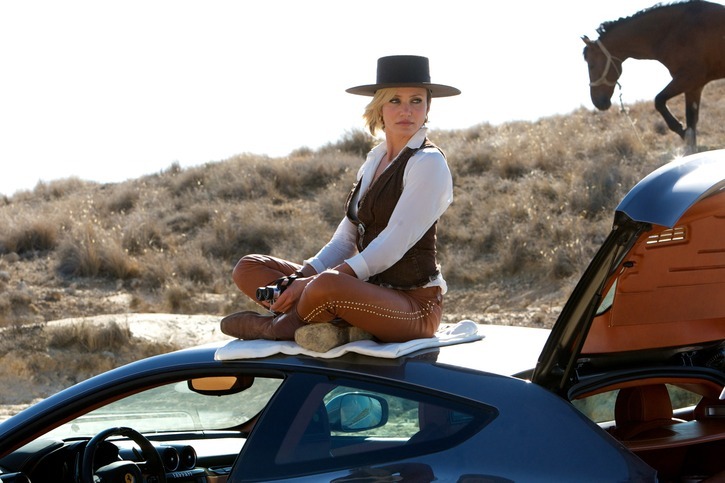 A successful New Mexico lawyer (Michael Fassbender) with the beautiful and beguiling Laura (Penélope Cruz). For whatever reason, maybe it’s to pay for the type of engagement ring he feels this amazing woman is worth, maybe he’s behind in his debts, maybe he just needs more excitement, he has entered into a business deal with Reiner (Javier Bardem), a club owner who moonlights as major importer of illegal narcotics for a powerful Mexican cartel. It’s a one-time thing, in and out, nothing more, the counselor certain he can put down the cash, make a substantial payday and, when it’s all over, walk away clean and still remain friends with his shadow world associates. 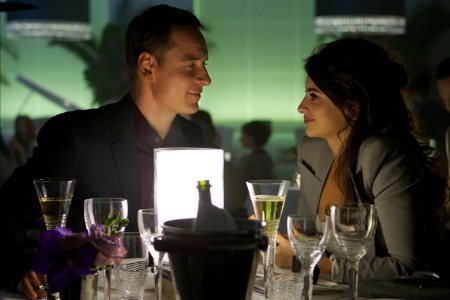 As to be expected, nothing ends up going to plan, director Ridley Scott’s (Alien, Gladiator) collaboration with noted author Cormac McCarthy (No Country for Old Men, The Road) on his first original screenplay The Counselor a violent, tragically inhuman social commentary where no one gets away clean.  This is a dark, deeply depressive drama, one that goes out of its way to unsettle the viewer at every turn the narrative appearing to be going in one direction when in all actuality it’s been going someplace else entirely. These are people who think they know what they are doing, certain the decisions they’re making are the right ones but aren’t prepared for the repercussions when things go awry. Even the innocent are scarred beyond repair, in many ways the audience most of all.

In other words, this is one great, thought-provoking motion picture sure to send the unprepared around the bend. Much like 2012’s Killing Them Softly, which also happened to feature Brad Pitt in a key role as this film does, the less said on that front the better, Scott’s and McCarthy’s opus is a prickly morality play masquerading as a thriller, proudly wearing its convictions making it a point to hammer its points home with merciless didacticism. It isn’t, quite obviously, for the fate of heart, and I have  a feeling it will sadly meet with the same sort of fate at the box office as that unjustly maligned Andrew Dominik stunner received last November.

Pity, because this is as ballsy and as go-for-broke a big budget studio financed effort as any you’re likely to see. No punches are pulled, no wrists left un-slit, the blood flowing freely and completely the moment the worm turns and the sands shift in directions away from those planned by the counselor or his allies. Sure subtlety gets thrown out the window, while anyone who has watched No Country for Old Men will probably be able to figure out early on who the movie is really about and what it is they’re actually up to, but somehow that doesn’t lessen the impact or the power a single stitch. The final scenes are electrifying, and while the coda is hardly warm or fuzzy, or really much of an ending (as nothing truly comes to a conclusion), that’s par for the course and, ultimately, the point of what it is McCarthy is talking about.

The performances are universally aces. Fassbender is in oily, smoothly smarmy Shame-like form but then starts diving into something a bit more fractious and uncertain as the rug is pulled out from underneath him, and even though the world he’s playing in is alien his frailties feel relatable all the same. As for Bardem, he chews scenery with spindly relish, making it impossible to get a firm grasp on exactly who Reiner is, what he knows or just how confident he truly is in the success of his latest business opportunity. Pitt is also excellent, and even though his dialogue is a bit on-the-nose (spelling out many of the film’s more obvious themes) he delivers his lines with an impactful pragmatism his fellow players in their scheme should have taken better notice of.

But it is the women who steal the show. Rosie Perez’s pops up in a key supporting role and while her appearance is brief the impact her scenes had upon me as a viewer were massive. For Cruz, I’m not sure she’s even been this magnetic, this nakedly raw, in any of her previous English-speaking performances, a scene between her and Fassbender when a certain question is popped a stunning tour de force.

Then there is Cameron Diaz. I want to talk about her, want to reveal all of the aspects and layers coursing through her portrait of shadowy seductress Malkina. Thing is, if I do, if I probe into her serpentine nature, then many of the key slights-of-hand inherent in McCarthy’s script would be ruined, and that’s simply not a thing I want weighing on my conscience. Rest assured, her work is a blazing firestorm of malice, cunning, intelligence and vitriol, and in the end is an exquisite reminder of the actress’ immeasurable talents ranking up there with her best performances found in the likes of Vanilla Sky (which, coincidentally, also featured Cruz) and  Being John Malkovich.

Scott directs with his typical elegant confidence, allowing cinematographer Dariusz Wolski (Prometheus) to craft painterly, glossily textured images of sex, violence and heartbreak we’ve come to expect from the filmmaker. These visuals are juxtaposed against Daniel Pemberton’s (The Awakening) elegantly Latin-tinged score, Scott weaving everything together with fittingly precise flair wholly suited to the material. The Counselor doesn’t go down easy, and it certainly isn’t uplifting, but that doesn’t make it any less great, the film a pointed reminder that greed isn’t pretty and the even the smallest of missteps can have the bloodiest of consequences. 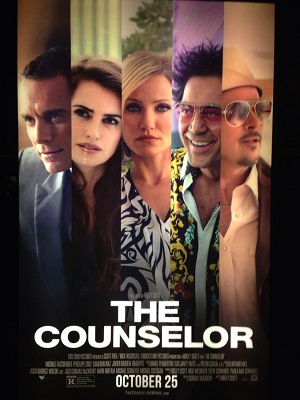