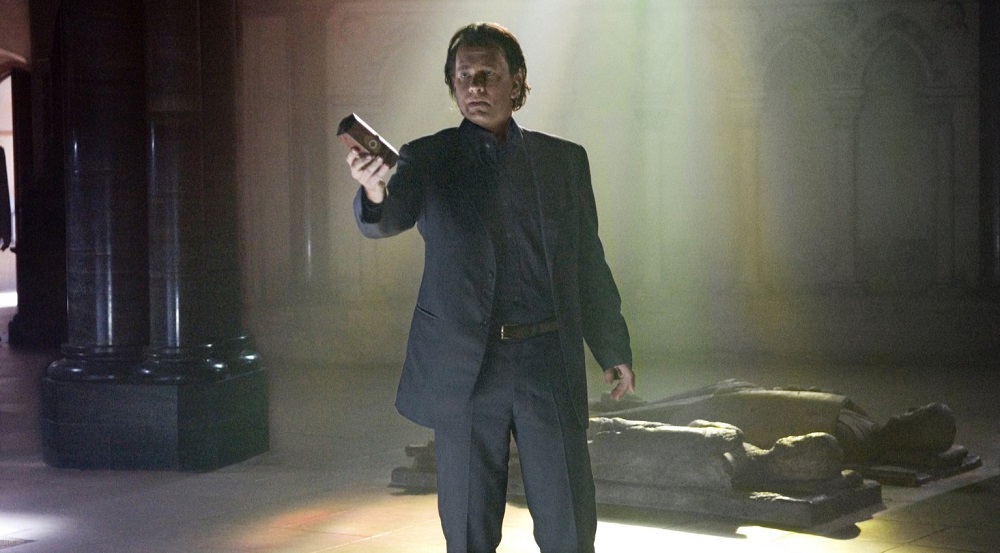 “Well, here’s the question: A living descendent of Jesus Christ – would she destroy faith? Or would she renew it? So again I say, what matters is what you believe.”

Here’s what I wrote about this one in my original theatrical review way back in 2006: 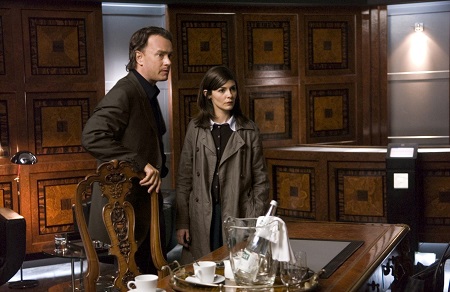 “First off, Ron Howard’s The Da Vinci Code, an adaptation of Dan Brown’s wildly successful novel, is nowhere near as awful as those reports out of Cannes made it appear. There isn’t any reason to boo, nothing to hiss at, no reason to stand up and walk out in disgust because it’s so terrible. This film isn’t the worst thing you’re ever going to see, not by a long shot, and the beating Howard and actor Tom Hanks are taking over it from other critics seems to me, at least on the surface, more than a bit unfair.

Not that it’s any good. At over 150 minutes, this controversial imagining of the secret life of Jesus Christ is a ponderous, self-serious pseudo puzzle box whose mysteries are readily apparent to a wary audience a mile away. While I appreciate the fact the filmmakers do not shy away from the book’s central conceit (Jesus was mortal, married to Mary Magdalene and had a daughter), Howard and screenwriter Akiva Goldsman treat it with so much earnest didactic respect the whole thing ends up coming off like a particularly boring Sunday sermon. The reality is that the scenario should be a bit of pop entertainment fluff, a fast and furious mystery whose twists and turns are revealed with enthusiastic glee and not with pompous solemnity.

Ian McKellan grasps this. Popping up about an hour in as noted British religious theologian and Holy Grail fanatic Sir Leigh Teabing he brings this affair to zesty, robust life almost by his lonesome. This is one of the year’s great portrayals, the brilliant actor digging into his character with such relish it becomes a complete joy watching him work. He makes a simple request for tea sound like the most interesting query on the face of the earth, and when he commands, ‘Witness the biggest cover-up in human history!’ a person can’t help bit sit upright in their theater seat in rapt attention waiting to hear what said cover-up is.

If only everyone else shared his bemused flippant intensity. For the first time in ages I did not like Tom Hanks. He’s dry and stiff as Harvard religious symbols expert Robert Langdon. Langdon is supposedly the Indiana Jones or Jack Ryan of religious scholars. Thrust into a murder investigation with biblical implications, the man’s faith is challenged as the actual truth of historical events is laid bare thanks to a series of cryptic clues hidden across Europe and involving the great painter Leonardo Da Vinci. Unfortunately, Hanks is flat, almost stone-faced throughout, and the deeper Langdon fell inside the mystery the less he seemed to care about trying to solve it.

The rest of the cast is fine if unremarkable. Audrey Tautou makes a decent female lead, her character (police officer Sophie Neveu) helping Langdon navigate the wild corners of the puzzle while danger and suspicion (and her own secret) follows them every step of the way. That danger comes in the form of dogged French detective Captain Fache (Jean Reno) and mysterious Monk Silas (Paul Bettany). Both actors may be stuck playing one dimensional characters, yet that doesn’t stop either from trying to make the most of the situation. Bettany, in particular, manages to invest a great deal of murderously conflicted pathos into Silas, his demise realizing the breadth of his betrayal surprisingly touching.

As for the plot itself, forgive me if I really don’t feel the need to dive into it. By now, everyone and their grandmother has read Brown’s astoundingly popular book and, if you haven’t, you’ve more than likely heard about it ad nausea. In the spirit of honesty, I haven’t read it in its entirety. Not for lack of trying, mind you, but because it was so horrendous I just couldn’t get past the first sixty or so pages. Too bad, because the central thrust is a fun one, and even if it has started a bit of a religious uproar a little controversy that leads to discussion and debate never hurt anyone.

Certainly the film is an improvement over the novel, but by the time things reached their wildly silly conclusion I can’t really say that’s something the filmmakers should take too much joy in. Howard and Goldsman make this tale so serious, so ponderously sincere the simple fun of watching an intriguing mystery revealed piece by intricate piece evaporates before it has a chance to begin. Worse, they continually rip off and bring to mind better, far more entertaining movies like Indiana Jones and the Last Crusade, The Last Temptation of Christ and North by Northwest. The director also shows a fondness for flashbacks, and other than a truly jarring car crash (which is stunning) the majority are far too silly, slowing down an already ponderously paced film to a seat-numbing stop. 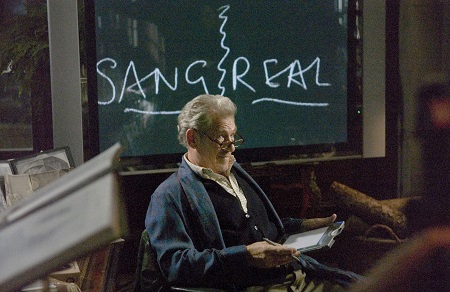 Pity, because I do think there is an engaging thriller begging to be released inside The Da Vinci Code. If it had been a good hour shorter and treated with less didactic gravity I believe this could have been a twisty (and twisted) summertime delight. But it’s not, and while fans of the book will probably end up entertained the rest of us can’t help but scratch our heads and wonder what all the fuss was about.”

My opinion of The Da Vinci Code has not improved over the last decade. If anything, watching it again I realized I was much too kind back in 2006, this movie a badly paced misfire that’s almost impossible to sit through start to finish. It just isn’t very good, and the fact it has now spawned two sequels over a ten year period is kind of astonishing if you ask me.

All of the supplements from the previous editions are included here on a separate disc (labeled “Legacy Supplements”) save for the extended cut of the film that was released on Blu-ray back in 2009. The Audio Commentary is also ported over. New extras here include:

Launching a Legacy with A First Look at Inferno (4:26) – Really short promotional featurette for Inferno. Not a lot to see here.

Extended Cut Scenes (35:27) – All of the scenes from the extended version offered up as deleted and extended material (as they always should have been).

I gave The Da Vinci Code a second chance. I shouldn’t have. That said, Sony’s 4K restoration is impressive, and the fact the studio has wisely gone back to the theatrical cut of the film and not that agonizingly terrible extended  version is cause for celebration. This is a solid disc, one fans are certain to love far more than I do. 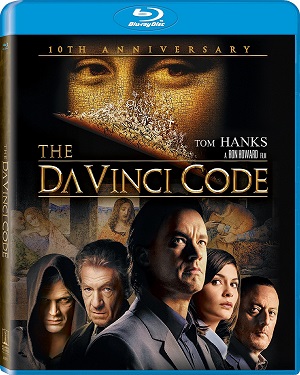