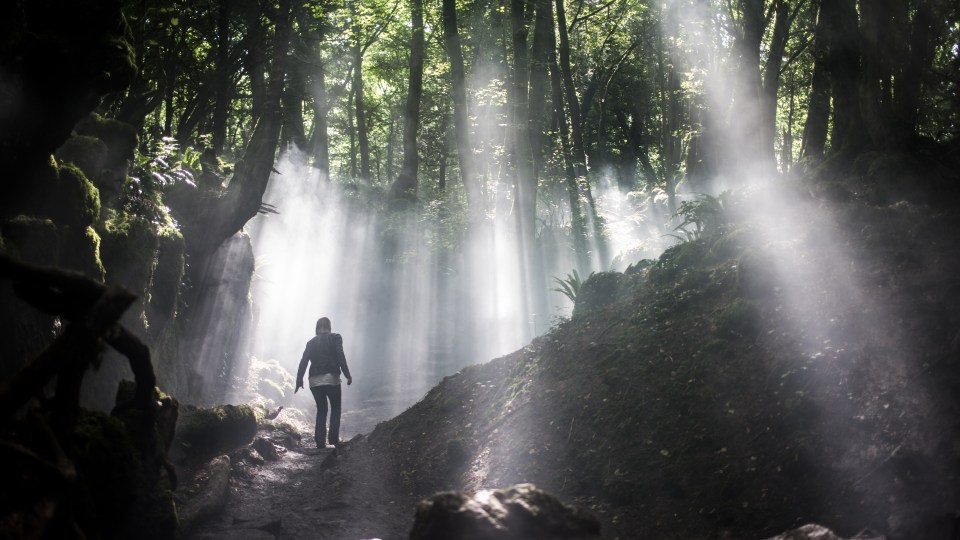 After nine years of battling addiction and other personal demons, American-born sculptor Jess (Katee Sackhoff) has returned to London clean, sober and filled with the hope of reentering the life of her now teenage daughter Chloe (Lucy Boynton). While the youngster is understandably wary about reconnecting with her mother, disturbing current events make reconciliation not so much desirable but a necessity. 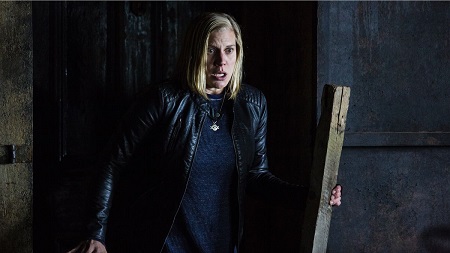 Chloe believes a supernatural force is stalking her, looking to do her harm because she partook in some silly midnight dare. While Jess is initially incredulous that things are exactly as they’ve been described, her disbelief doesn’t make her desire to do right by her child any less substantial. Together, they will battle an evil force that defies rational understanding, crossing planes of existence that will test them both like nothing ever has before.

Don’t Knock Twice is a handsomely mounted supernatural thriller with its fair share of enjoyable thrills and chills. It is also a little too routine as far as its core components are concerned, many of its primary tricks and twists telegraphed long before they happen. Director Caradog W. James (The Machine) plays around with Howl screenwriters Mark Huckerby and Nick Ostler’s latest concoction as best he can, and his emphasis on Jess’ internal emotional struggle is laudable, but overall the movie is undone by its tired over-familiarity, everything building to a pointless last second reveal that’s as unfortunate as it is tedious.

What’s funny is that, even with major issues affecting the horror portions, there’s still a lot about this movie that I really like, most notably the relationship between Jess and Chloe. The fact that Huckerby and Ostler don’t pander to the audience, don’t spell everything out, that’s a good thing. Even better, James asks his two actresses to play things fairly close to the chest, both doing a good job of not revealing more about their respective pasts than is necessary. As a family drama about an estranged mother and daughter attempting to reconnect under impossibly tragic circumstances, much of this works quite well, and I admittedly began to wonder what the story might have been like had the filmmakers went the full Tennessee Williams route and omitted all of the supernatural demonic nonsense.

That’s honestly where this thriller comes up regrettably short. The mythology surrounding the primary evil, ostensibly the demonic spirit of a woman killed for being a witch (even though no proof existed she was one) who now haunts and kills any silly enough to knock twice on the door to her former home, is lazy and unconvincing. The script combines elements of various Japanese thrillers (like Ju-On), Dario Argento’s best works (like Suspiria) and American creep-fests like Candyman but unfortunately doesn’t do anything interesting with this material. Instead, it is haphazardly presented and emotionally undercooked, and even when things descend into full dimension-hoping chaos I can’t say my pulse ever rose to any measurable degree.

It all looks terrific, however, and much like he showcased with the criminally underrated (and barely seen) sci-fi drama The Machine, James’ visual chops are impressively superior. Richard Campling’s (Age of Heroes) production design and Alex Woodward’s art direction are standout attributes that help the film craft a suitably eerie ambiance. Cinematographer Adam Frisch navigates things with classy, confident grace, the images he creates casting a suitably ominous spell. All of that is coupled with a terrific performance from Sackhoff, the actress crafting a strong, intelligent heroine who utilizes her insecurities and personal setbacks as fuel to keep her engine revving in order to see her daughter doesn’t become food for an undead adversary eager to feast on her soul.

All of which makes Don’t Knock Twice a frustrating mixed bag. The two key performances are good, and the actual human drama between the main characters proves to be a compelling foundation worth building upon. But the actual horror and thriller aspects just don’t gel together with any of the other elements, making James’ latest genre effort a movie I respect multiple elements of even if I can’t say I enjoyed near as much as I can’t help but wish I did. 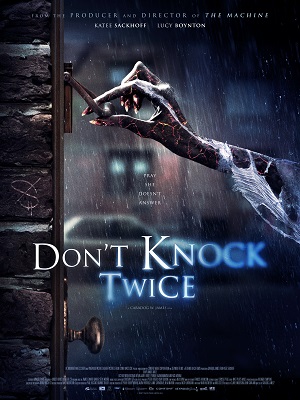