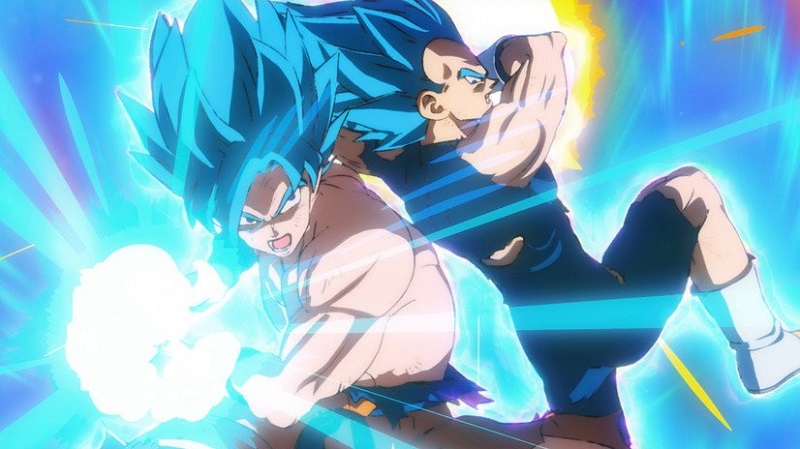 In retrospect, watching Dragon Ball Super: Broly wasn’t the greatest idea I’ve ever had. I have no idea what happens in the Dragon Ball universe. I am not familiar with any of the stories associated with it. I have never seen any of the other 19 films in the popular anime series that have been released over the past three-plus decades. But after this one unexpectedly made a massive $25-million at the domestic box office last week I felt like I needed to see what all the fuss was about. After all, a movie should be able to stand on its own outside of its predecessors, so it seemed to me jumping in for my first Dragon Ball experience here shouldn’t have been too much of a problem. 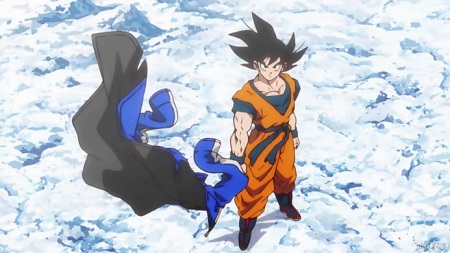 So I think I could follow what was going on, but that’s only because Dragon Ball Super: Broly utilizes so many traditional fantasy, superhero, comic book and Greek Mythology storytelling tropes that I was already familiar with. Because of this I believe I was able to keep up with the plot for the most part. But just barely. Even then I still had trouble knowing what was going on at any given time, screenwriter and series creator Akira Toriyama unleashing a furious overabundance of exposition with such blazing speed and efficiency it all got a little bit maddening at times. He and director Tatsuya Nagamine drop their foot on the accelerator and never let up, every second of this film’s 100-minutes rushing by in the proverbial blink of an eye.

There’s like three origin stories, each involving the survivors of a race of powerful beings known as Saiyans. Before their planet is serendipitously destroyed by the powerful Frieza (voiced by Christopher Ayres), future warrior and all-around nice guy Goku (Seán Schemmel) is sent to Earth by his parents in order to hopefully live in peace. At the same time, Prince Vegeta (Christopher R. Sabat) was also away from their home planet, out on a mission of conquest where he ignored Frieza’s message to return not knowing that if he’d done so he’d have been killed with the rest of the Saiyans. Later, he would join Goku on Earth, the pair developing a brotherly love-hate relationship as they continually trained to protect those they love from destruction.

Meanwhile, years before any of that happened, Saiyan military leader Paragus (Dameon Clarke) disobeyed a direct order from his commander, Vegeta’s father, to allow his only child to be sent to the desolate and dangerous planet of Vampa as the tools utilized to measure his future powers theorize his abilities will be too massive to control. The angry parent steals a ship and follows his son to Vampa, and in his haste accidentally crash-lands on the planet. Naming him Broly (Vic Mignogna), he raises him to be the ultimate fighter, Paragus’ most fervent dream one that involves seeing his boy defeat Vegeta in single combat.

From there the film races forward into the future, and through a rather nonsensical series of events Frieza manages to orchestrate a confrontation between Broly, Goku and Vegeta in the isolated Antarctic nothingness where they’ll be free to ravage and destroy with little fear of causing any collateral damage. The final forty or so minutes is one long battle between the threesome, first Vegeta versus Broly, then Goku versus Broly, and finally the two Earth-residing heroes joining forces to work together to stop their fellow Saiyan before he inadvertently destroys the entire planet. There’s also this thing about seven magical items known as Dragon Balls that I’m certain fans of the series will know way more about than I do, while a pair of kind-hearted intergalactic scavengers (I think that’s what they are; I’m honestly unsure) named Cheelai (Erica Lindbeck) and Lemo (Bruce Carey) end up playing an important role in the story’s eventual outcome as well.

There’s a lot to keep up with, and there are a plethora of additional characters who appear at various points who are obviously important to the ongoing series but won’t make any sort of impact on a newcomer whatsoever and will only help to confuse things even more than they already are. Additionally, considering this is the twentieth film in the franchise it isn’t a surprise that there is no real ending, just a big gigantic climax that sets up whatever is supposed to come next as far as Goku and Vegeta’s ongoing adventures are concerned. It’s all nothing more than an episode in a feature-length animated serial, each narrative building to a cliffhanger that hints at an explosive, earth-shattering culmination to the series that will likely never come. 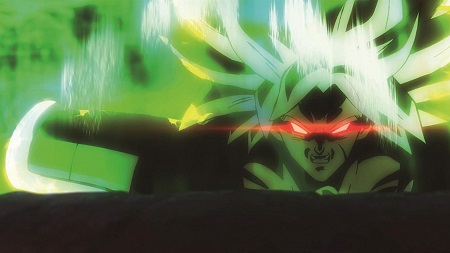 The animation bounces back and forth from being of the humdrum 1980s-style television variety to being eye-popping in its dynamic inventiveness. But it’s also often a visual blur as things rarely slow down, even the few quiet moments overflowing in whiz and supercharged with an excessive amount of bang. And yet the final confrontation in Antarctica, as ridiculous as it might be, is undeniably impressive. The animation and the camerawork are frequently extraordinary, and there is also some magnificent color work that knocked my socks off.

Listen, if I’d been a Dragon Ball fan from the beginning it’s likely I’d have enjoyed the heck out of this latest entry in the series. Talking with people who have seen quite a few of these films, I can understand why they’re so darned excited about this one. But for me, as impressive as elements are and as confidently brought to life as all of this might be, personally I’m not sure I get what all the fuss is about. In the end Dragon Ball Super: Broly gave me something of a tiny headache, and because of that I’m pretty positive that when the twenty-first chapter sees a domestic theatrical release I’m probably not going to be asking to get a look at it no matter how many countless millions it ends up raking in at the box office. 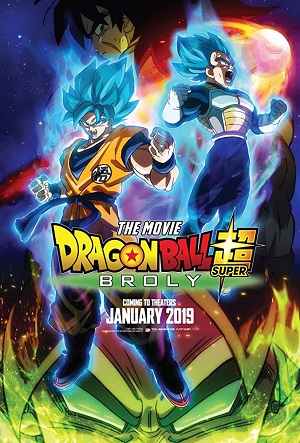