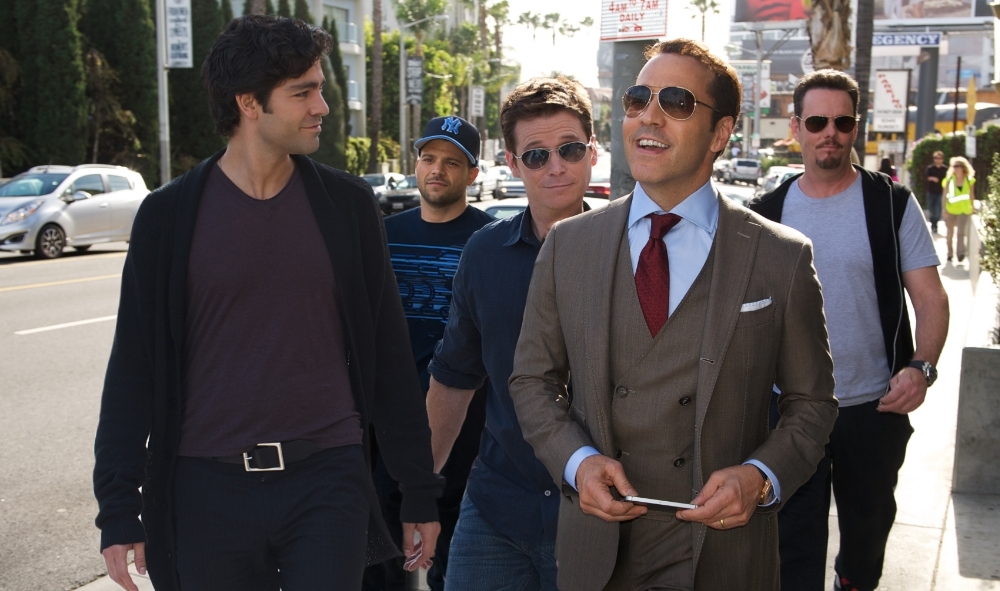 Big Screen Entourage Much Ado About Nothing

Vincent agrees, does so without even looking at the script, willing to sign onto the project based solely on Ari’s enthusiasm for it. The only caveat? He wants to direct, and whatever contract he signs that’s going to be the one sticking point he absolutely will not budge on a single solitary little bit. 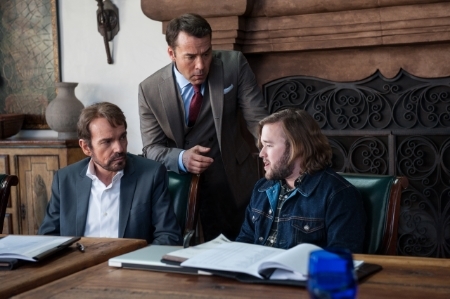 That synopsis could be considered the pre-credits teaser as far as Entourage, a feature-length motion picture following in the footsteps of the Emmy-winning HBO series that ran on the network for eight seasons, is concerned, the crux of the film taking place months later with Vince’s directorial debut nearing completion. It all revolves around money and power, the actor trying to assert his while Ari does what he can to keep control, his star actor needing more dollars to finish the project and he’s reticent to go the Texas moneymen holding the purse strings to ask for additional funds.

Running through all of this are various side stories involving Eric’s inability to keep it in his pants while he prepares to become a father alongside cute-as-a-button ex-girlfriend Sloan (Emmanuelle Chriqui), Turtle attempting to put the moves on UFC champion Ronda Rousey (playing herself) and Johnny trying to assert himself and step outside his kid brother’s shadow. There’s a lot of bro-centric back and forth between the pals, while a variety of familiar faces (including Russell Wilson, Emily Ratajkowski, Andrew Dice Clay, Tom Brady, Piers Morgan, Mark Cuban, T.I., Tameka Harris, Gary Busey, David Arquette, Rob Gronkowski, Jon Favreau, Greg Louganis, Jessica Alba, Liam Neeson, Kelsey Grammer and Pharrell Williams) make guest appearances. Some of the jokes connect, a number of them do not, the whole things structured, shot, edited and scored like three or four episodes of a television series strung together and not anything close to resembling a traditional feature-length motion picture.

In short, fans of HBO’s show will likely be pleased, producer, director, writer and creator Doug Ellin (Kissing a Fool) designing things to preach and pander to the faithful and virtually nobody else, and that’s a problem. As a movie, Entourage doesn’t stand on its own two feet. More than that, it’s so blandly thought out, its main character such a charmless black hole (there’s a reason Grenier is second-billed to Connolly) and its central dynamics so unimportant maintaining interest is exceedingly difficult. On top of that, as a Hollywood satire Ellin and co-writer Rob Weiss’ (Amongst Friends) story is toothless, its myriad of points, topics and gags so obvious for all their modern day vulgarity they’re about as profound as “See Spot Run.”

Not that I didn’t laugh. Even though I never watched the show I totally get how Piven won three Emmys and a Golden Globe for his work as Ari Gold. The guy, while not doing a single thing new since his Grosse Pointe Blank and “The Larry Sanders Show” early days, is on fire, going from manic to crazed to loving to sympathetic to monstrous at the drop of the hat. He’s glorious, dominating in a fashion the other members of the principal cast can only dream of equaling.

Dillon, in all his goofy, buffoonish glory, comes awfully close, and I did appreciate the fact the film kind of wants to concern itself with his character’s redemption in the eyes of all his naysayers. Also good, and surprisingly so, is former The Sixth Sense Oscar-nominee Haley Joel Osment, the one-time child star wonderful as the selfish, uncouth son of the Texas billionaire (played with typical irascible relish by Billy Bob Thornton) financing Vincent’s directorial debut. His wide-eyed reaction to the chaos he ends up creating for Ari and all the rest is marvelous, and I liked the way he threw himself into all his character’s smarmy shenanigans with delectable glee.

None of which makes Entourage an actual movie. Much like “Seinfeld” famously made a point about being, this theatrical extension of the HBO series is, at the end of day, about nothing, nothing at all. The whole thing is an excuse to watch good friends gallivant about, make a bunch of off-colored jokes, be a little sexist, a bit more misogynistic and see love found and lost all in the course of roughly 100 minutes. Fans of that sort of thing, and of the characters themselves, will certainly rejoice. As for everyone else, while not going to hate their time sitting in the theater, they’re certainly going to wonder what all the fuss is about because, as far as I can tell, this is much ado about – if you’ll forgive the verbal regurgitation – nothing, nothing at all. 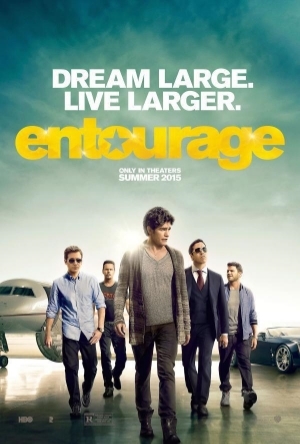