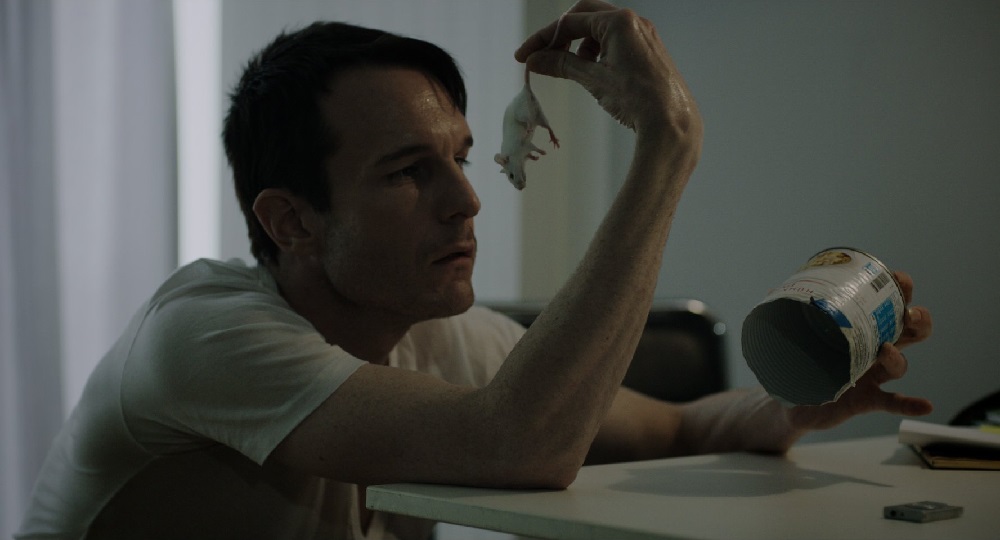 Dr. Geoff Burton (Michael Eklund) has come to Dresden, Germany to continue his groundbreaking research into the human genome, his initial findings birthed from an unspeakable tragedy revolving around the collapse of his marriage and the death of his only son. He is reunited with his former graduate student and friend Dr. Rebekka Fiedler (Karoline Herfurth), her latest discovery blowing him away, his eagerness to work alongside her on this project palpable. 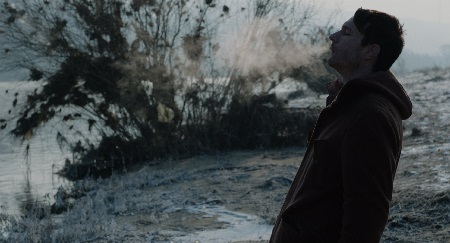 Things get call into question when Geoff learns that Dr. Jarek Novak (Tómas Lemarquis) has been stealing Rebekka’s serums. He was apparently part of the team responsible for its original discovery putting him on the scientific playing field, his access to her materials not so much allowed as it is overlooked. But the worst part of all of this? The thing Geoff finds most terrifying? The secret behind Rebekka’s discovery was born directly from his own past family tragedy, making the fact he is now accidentally infected with the same disease that apparently killed his infant son all the more horrific.

Errors of the Human Body is a down and dirty genetic thriller about the price of scientific success showcasing how one man’s obsession for advancement has clouded his judgments to the point of criminal, maybe homicidal, negligence. It shows how pain, grief and loss can infect the psyche like a disease, and when that’s coupled with an all-too-real ailment the effect it ends up having upon the human host is appallingly ruinous.

For the most part director/co-writer Eron Sheean and fellow screenwriter Shane Danielsen have managed to craft an unflinching look at hubris and regret that hits a lot of right notes, the naturalism of the emotions bubbling to the surface frightening and authentic. I was with Geoff for every step of his journey, watching his wounds expand and slowly engulf his sense of self as painful as it is moving. Where the film ultimately ends up isn’t a giant surprise yet getting there oftentimes is, the shifts in tone and the twists hidden inside the melodramatic clichés frequently evolving at the same rate as the serum attacking this scientist on a cellular level.

Things get a little silly, the overlapping imagery involving flashbacks of the birth and subsequent death of Geoff’s son, which include his ex-wife, are obnoxious, especially near the end. It does not help that the Jarek is something of a hissable miscreant right from the start, the way he slithers through the frame making his villainy obvious, erasing any sense of doubt as to whether or not he’d play a part in the genetic horrors about to be unleashed.

But Eklund is very good as the beleaguered scientist, finding layers within Geoff’s grief that are heartfelt and intriguing. Herfurth matches him note for note, and I liked the way she underplayed a great many of her scenes, giving Rebekka an emotional fragility and a naked naturalism that speak volumes. Additionally, the movie is gorgeously disquieting as far the visuals are concerned, cinematographer Anna Howard’s images as central to the feature’s success as anything else it has to offer. 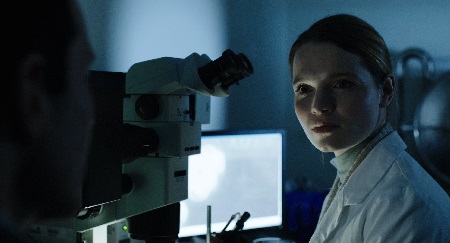 Sheean was co-writer on director Xavier Gens’s 2011 thriller The Divide, and his confident resolve to take things to their unspeakable conclusion is as apparent here as it was in that uncompromising apocalyptic chiller. He doesn’t take prisoners, refusing to walk an easy path while he lets his characters’ speak for themselves even if they might end up doing things some may not want to see depicted inside the confines of a motion picture. He handles it all marvelously, and as such I’m curious to see what Sheean might have in store for viewers next.

Errors of the Human Body doesn’t always work, pieces of it not always fitting comfortably with their cinematic counterparts. But the emotional core of this biological nightmare consistently rings true, making the DNA-fueled terrors that are being depicted all the more chilling on a personal level than they ever could have been otherwise. 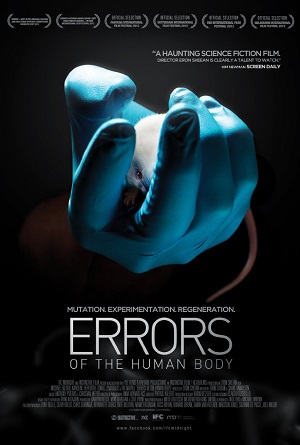