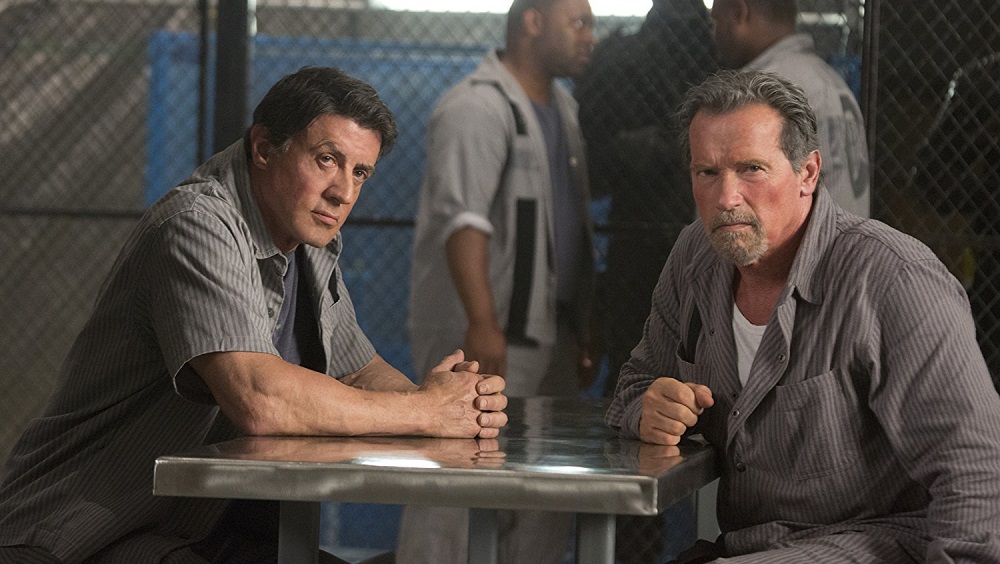 Ray Breslin (Sylvester Stallone) escapes from prisons for a living. No. Seriously. That’s his chosen profession. The former prosecutor, after a devastating trauma, has devoted his life to making sure criminals stay behind bars by guaranteeing they can’t get out of lockup once they’re incarcerated. He’s literally written the book on this, penal professionals using his insights as guidelines to make their institutions more secure. 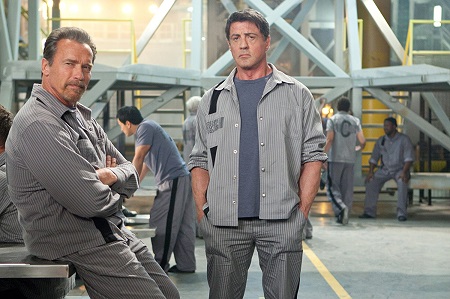 When he and his team (Amy Ryan, Vincent D’Onofrio, Curtis ’50 Cent’ Jackson) are offered $5-million by a shady C.I.A. representative (Caitriona Balfe) to infiltrate and subsequently bust out of a shadowy independent facility secretly designed to house the worst of the world’s international scum, it’s an offer too good for Ray to refuse. Thing is, the offer is a sham, the escape artist supposed to rot away in a facility built on his own theories and designs. With the sadistic warden Hobbes (Jim Caviezel) watching his every step, Ray teams up with secretive Emil Rottmayer (Arnold Schwarzenegger) to plan the escape of all escapes, and once he’s out he’s determined to find out who put him in this Plexiglas maze and why they did so.

Escape Plan is every bit as silly as it sounds. I mean, not only is Stallone a professional penal escape artist and a former high-powered attorney, he’s also something of a mix between an erstwhile MacGyver able to assemble a sextant out of the equivalent of pocket lint as well as some sort of firearms expert crossed with a mixed martial artist. Throw in 50 Cent as some sort weird, moderately thuggish computer whiz and D’Onofrio unleashing one of his patented ultra-odd accents and it immediately apparent this movie is going to be something of a ludicrous hoot.

And that’s okay. People buying a ticket probably don’t care if the plot makes a lick of sense (it doesn’t) or if the characters inhabiting the story are even moderately believable (they’re not). They’re here to see Stallone and Schwarzenegger team together to mow down hordes of bad guys with a smirk and some flair, and on that front it’s hard to imagine anyone interested in this sort of 1980’s throwback mayhem will be even moderately disappointed.

The big thing director Mikael Håfström (1408, The Rite) gets right, and the one facet Stallone’s two The Expendables flicks got wrong, is not to overly call attention to his two stars’ larger-than-life cinematic personas. Sure there are some signature sequences that call back to past glories, especially one near the end that flips an iconic Rambo: First Blood Part II moment on its ear, but overall he allows these guys to play their two characters and nothing more. This keeps the inherent jokey silliness to a surprising minimum, and because of this the action and the drama is far more effectively staged and emotionally captivating than by all accounts either element should be. 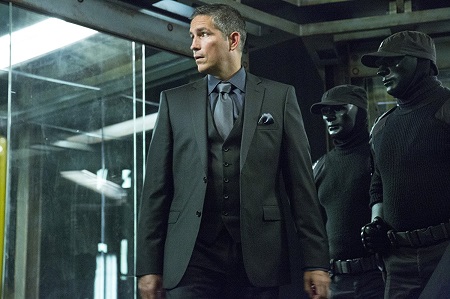 Not that Escape Plan would ever be construed as a good movie. It’s too absurd, too dumb, and most importantly way too nonsensical for that to happen. The movie is more Lock Up than Tango & Cash, more Raw Deal than Commando, and for all the smiles it generates there are equally as many groans. It doesn’t help that Caviezel’s Hobbes is as forgettable a villain as any I’ve seen this year, and as far as being menacing is concerned he’s upstaged by his second-in-command, a suitably typecast Vinnie Jones chewing up the scenery with malevolent relish.

Still, I find it incredibly hard to come down on this project with any sort of vitriol or malice. Schwarzenegger is every bit as fun to watch in this as he was in January’s The Last Stand, his bubbly, devil-may-care ebullience infectious. Håfström stages the action scenes magnificently, and while the climactic prison break doesn’t contain a single solitary surprise it still manages to produce a fair amount of B-grade suspense all the same. For all its many faults Escape Plan still manages to be an entertaining action throwback, and pardon me if I ended up enjoying the heck out of it. 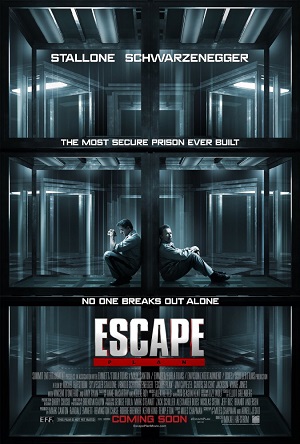