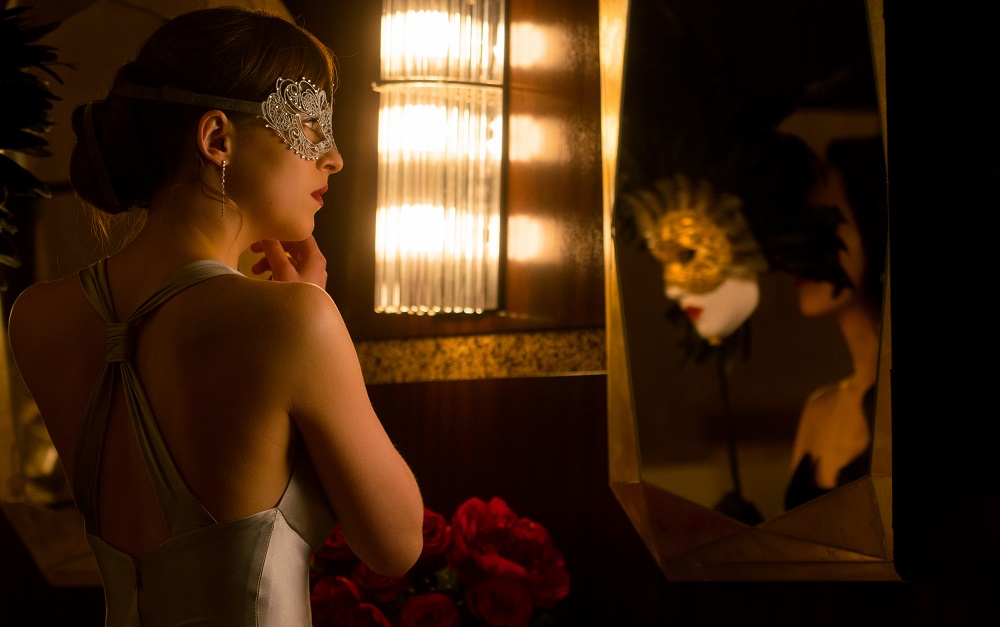 Fifty Shades Darker might be one the greatest terrible movies I’ve ever seen. The second chapter in author E.L. James’ best-selling trilogy of adult romantic fiction, this sequel follows up the events that transpired in 2015’s smash schlock hit Fifty Shades of Grey, picking things up not too long after wannabe literary editor Anastasia Steele (Dakota Johnson) broke up with her psychologically damaged Seattle billionaire boyfriend Christian Grey (Jamie Dornan). What follows is an unrelenting cavalcade of poorly thought out narrative tropes, gratuitous soft core sex, bizarre melodramatic red herrings and ghastly character transformations, the whole thing so beyond silly trying to keep a straight face while watching it is pretty much impossible. 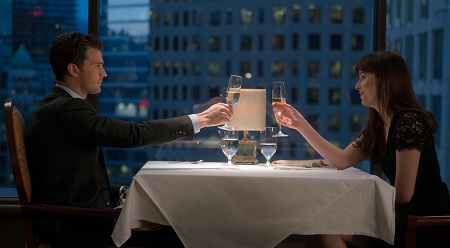 Anastasia, currently working as the assistant to vaunted editor Jack Hyde (Eric Johnson), is still doing her best to mend her broken heart over Christian. But after the two reconnect at an art gallery showcasing the photos of best friend Jose (Victor Rasuk), the duo quickly agree to rekindle their romantic courtship. This time, however, Anastasia insists there will be no rules, no masters and no submissives. More, she insists Christian be completely honest with her, no matter how painful, otherwise the young woman will walk right back out of his life, this time for good.

That’s really it as far as plot is concerned. There are some side tangents, notably one involving a former submissive of Christian’s named Leila (a wasted Bella Heathcote) that builds to one of the film’s many unintentionally laughable standout sequences. There’s also much ado about nothing concerning the young billionaire’s former sexual instructor, Elena Lincoln, portrayed by L.A. Confidential Academy Award-winner Kim Basinger. She’s basically in the movie to offer up ominous words of concern to Anastasia, a task the talented actress performs with the requisite amount of perfunctory enthusiasm. But the real glory of her appearance is the sheer delight of watching her square off against fellow Best Supporting Actress Oscar-winner Marcia Gay Harden, reprising her role as Christian’s adopted mother Grace, the pair’s climactic catfight not “Dynasty” level awesome but still amusingly terrific all the same.

At Close Range and Glengarry Glen Ross director James Foley takes over the reins from departing filmmaker Sam Taylor-Johnson, while James’ husband Niall Leonard (“Monarch of the Glen”) handles screenwriting duties this time instead of Kelly Marcel. While the latter is slavishly faithful to the source material, which isn’t exactly unexpected, the former certainly brings a masculine take to this so-called romance that’s as exploitive as it is unappealing. He stages the frequent sex scenes in a fashion so rudimentary even Zalman King would find them tedious, which admittedly is a rather surprising turn of events considering this is the same guy who made the legitimately steamy After Dark, My Sweet back in 1990.

Johnson is a star in the making, and while she’s contractually stuck slumming here in material well beneath her talents, her free-spirited whimsical enthusiasm is still worthy applause. She and Dornan still display little in the way of chemistry, and considering this is a movie filled with scene after scene of the twosome snuggling up to one another, acting naughty in elevators or boldly pronouncing loud exclamations of undying love this is a major problem. There’s just nothing in the way of zip or energy that passes between them, and while they relate to one another moderately better than they did in Fifty Shades of Grey, they don’t do so enough so to make investing emotionally in their relationship even a passing possibility. 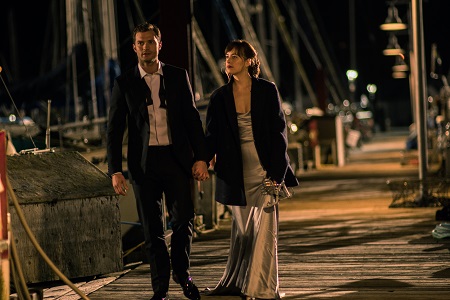 None of which begins to describe the sheer vast wasteland of loopy lunacy that ends up happening inside the confines of this movie. The volume of hysterical moments is beyond belief, some of them so patently absurd I almost started to wonder if Foley was making a clandestine parody that James, the studio and everyone else involved might not have been aware of. While I’m certain that isn’t the case, but some of this stuff truly is so stupefying in its ridiculousness I can’t even begin to put into words just how gloriously awful some moments end up proving to be, my personal favorite showcasing a happy family standing like cardboard cutouts in an elevator as if they were animatronics characters at a Chuck E. Cheese restaurant.

None of which will likely matter as far as ticket sales go. Fifty Shades of Grey was a monster hit, and even though I don’t know a single person anywhere who will admit to liking the film, I’d place a sizable bet that Fifty Shades Darker will do nearly as well as far as box office receipts are concerned. That’s not a recommendation, mind you, just a prediction, making the final joke one being played on audiences by the studio and the filmmakers, and out of all the laughs this sequel holds I’d wager it’s the only intentional one. 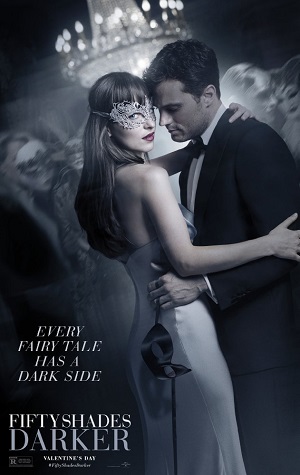