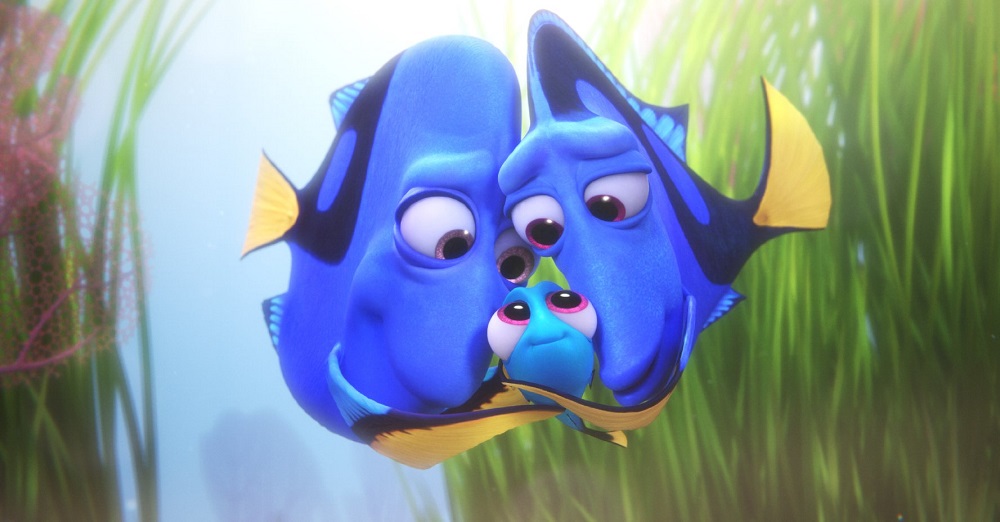 “What is so great about plans? I never had a plan! Did I plan to lose my parents? No. Did I plan to find Marlin? No. Did you and I plan to meet? Well, I don’t think we did and that’s because the best things happen by chance because that’s life and that’s you being with me out in the ocean not safe in some stupid glass box.” 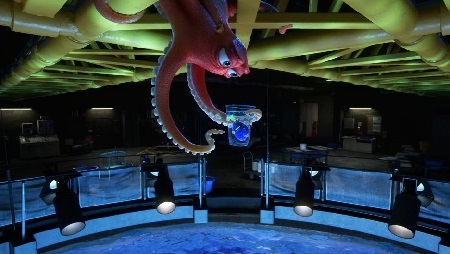 “I honestly can’t imagine a more perfect sequel than Finding Dory. Not to say it is as instantly classic or as inspirationally awe-inspiring as Finding Nemo, or to claim it should be immediately ranked within Pixar’s upper echelon of animated masterpieces. But, as a continuation of the adventure begun in its Academy Award-winning 2003 predecessor? As a thoughtful, emotionally chaste adventure that allows its central characters to evolve with authentic inspirational grace? On that front, this movie is nothing short of a miracle, returning writer/director Andrew Stanton (John Carter), his co-director Angus MacLane (Toy Story of Terror) and screenwriter Victoria Strouse (New Best Friend) delivering in a way that is as psychologically rapturous as it is thematically pure. 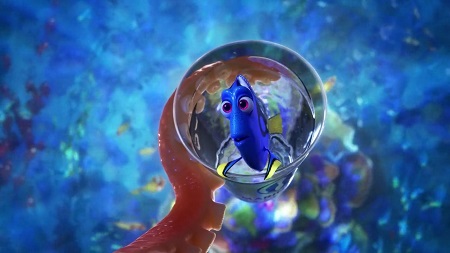 It’s doubtful anything could have compared to the marvels Finding Nemo delivered, the simple, unadorned nature of the general setup of that film not exactly lending itself to massive character-driven evolutional changes that allowed Toy Story 2 and Toy Story 3 to surpass the original. But Finding Dory doesn’t need to go beyond what the first film did, doesn’t need to reinvent its own wheel. What Stanton does is to instead remain true to his characters, never belittling them, never undercutting their personal truths, and in doing so, crafts a portrait of family and togetherness so rewarding, it’s practically priceless. In other words, much like its titular character, it keeps swimming, and in doing so teaches all of us life lessons that we likely already knew yet still could use to revisit all the same.”

There are a number of little things that I honestly didn’t notice the first time around watching Finding Dory, all of which made me realize just how wonderful this movie is, how much Stanton and company focused on all the little things in order to make sure this story had life. The one that stands out the most is how the elliptical nature of the narrative mirrors Dory’s psychological state, that by having things progress the way they do the filmmakers put the viewer in the same damaged headspace this key character is constantly in. It’s a wonderful way to give children a view on mental illness that’s both accessible and unique, adding another layer to the film making it a tiny bit more extraordinary than I initially noticed way back in June.

Piper (6:05) – Wonderful short film about a baby bird trying to work up the courage to leave the nest. Marine Life Interviews (2:04) – Fun little faux interviews with characters talking about Dory.

The Octopus That Nearly Broke Pixar (9:05) – Hank is apparently the most difficult character Pixar ever created. Who knew?

What Were We Talking About? (4:31) – How to build an entire story around a character who can’t remember what is happening one minutes to the next.

Casual Carpool (3:47) – Andrew Stanton drives around with members of his cast.

Animation & Acting (6:57) – How to deliver an animated film performance (more or less).

Deep in the Kelp (3:20) – A look at many of the real animals that inspired many of the characters who inhabit the film hosted by Disney Channel star Jenna Ortega.

Creature Features (3:02) – Key members of the cast talk about their various characters.

DISC TWO:
Behind the Scenes: Skating & Sketching with Jason Deamer (4:14)

Behind the Scenes: Finding Nemo As Told by Emoji (2:47)

Finding Dory is frankly wonderful, and while not the instant classic its predecessor was this Pixar sequel is still incredibly strong, continuing the story in ways that are engaging, smart and emotionally captivating. Disney’s Blu-ray presentation is exceptional, and as such comes highly recommended. 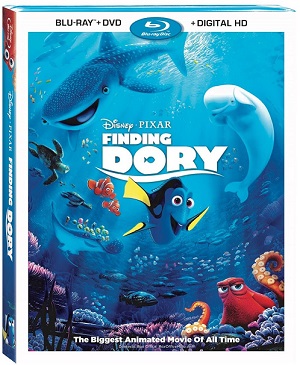