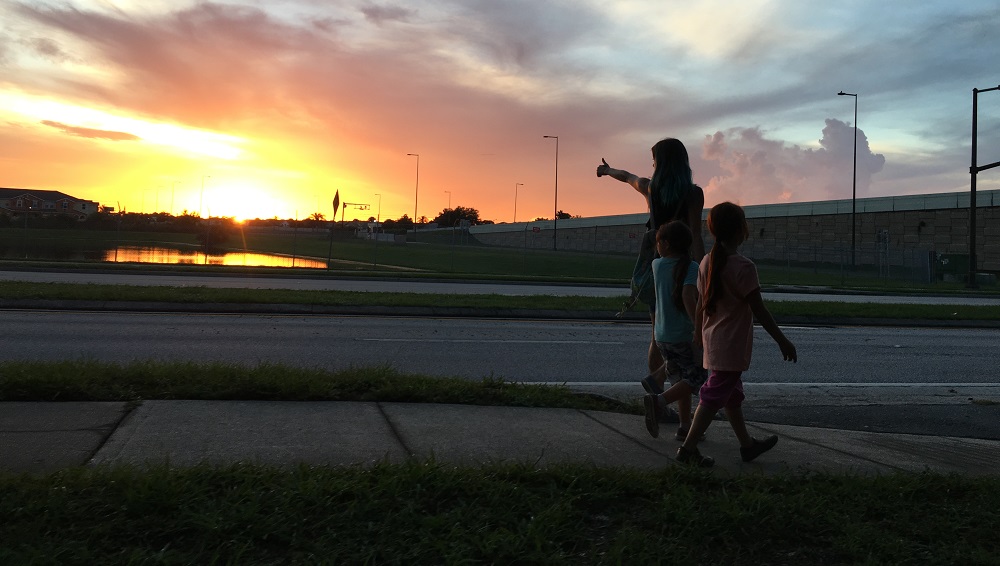 It’s hard to believe I’ll see a better motion picture than The Florida Project in 2017. Director Sean Baker’s follow up to 2015’s stunning comedy Tangerine, the movie is a funny, gut-wrenching, emotionally complex masterwork of the human condition that exudes warmth and humility in every frame. Never shying away from the stark, tragic truths always silently lurking in plain sight, there is something universal here that stops the heart right in its tracks, everything building to a single moment of selfless friendship that is as fantastical as it is breathtaking. 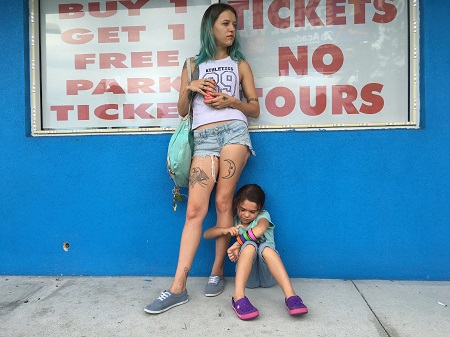 Just down the road from Disney World, a series of Florida motels dot the landscape. Inside the freshly painted The Magic Castle lives six-year-old ball of mirth and mayhem Moonee (Brooklynn Prince), her young, recently unemployed mother Halley (Bria Vinaite) coming up with a variety of creative ways to pay each week’s bill. Overseeing things is the stern if remarkably patient Bobby (Willem Dafoe), the motel manager doing his best not to get too caught up in the various types of upheaval and strife many of his residents appear to be going through. Moonee, however, is happily oblivious to a lot of this, and while she knows things aren’t as they should be, the child still finds happiness playing with her friends, especially fellow Magic Castle resident Scooty (Christopher Rivera) and the quietly inquisitive Jancey (Valeria Cotto), a little girl who just moved in at the motel next door and is living with her indomitable grandmother Stacy (Josie Olivo).

There’s not a lot more to say as far as plot goes. Baker and frequent collaborator Chris Bergoch (Starlet, Tangerine) have composed an observational scenario that allows life to just sort of happen. The majority of the movie is seen entirely through Moonee’s eyes, with little asides focusing on both Halley and Bobby sprinkled throughout. Yet this is mostly a saga of how children view the world as its given to them and how the friendships they craft can make even the most fragile of circumstances more tolerable. It is a movie that overflows in the promise of what each new dawn can bring no matter what the current situation, the stark realities of economic despair coupled with each person’s unique human frailties the dark tragedy silently waiting in the wings to pounce.

Baker walks in some familiar cinematic footsteps. Influences here range from Ken Loach’s 1969 gem Kes, Carroll Ballard’s 1979 classic The Black Stallion, François Truffaut’s timeless 1959 stunner The 400 Blows, John Boorman’s graceful 1987 drama Hope and Glory and Andrea Arnold’s 2009 marvel Fish Tank. It brings to mind Larry Clark’s Kids, Ramin Bahrani’s 99 Homes, Patricia Cardoso’s Real Women Have Curves and Richard Glatzer and Wash Westmoreland’s Quinceañera. And yet, while those comparisons and more can be made, the truth is that Baker’s latest effortlessly becomes its own idiosyncratic and unique animal as it moves forward. Moonee’s story is universal, becoming easier to relate to and increasingly more affecting as events progress. It’s excruciatingly genuine, the director never sugarcoating the reality of this world yet at the same time still finding great joy in the way children not-so-cluelessly go about trying to persevere.

Newcomers Prince and Vinaite are superb. They craft a sisterly mother-daughter bond that is undeniably genuine. The connection between the two is consistently fascinating, the way their relationship evolves as things become increasingly dire planting a lump in my throat that refused to disappear. There are some twists to their story that, while not surprising, are still brutally startling, both actresses doing a stupendous job of showing how this evolution is taking place, each in their own, imaginatively personal way. Vinaite takes a character who could have been impossible to embrace and somehow got me to care for her, and while Halley isn’t anything close to the definition of what most think of as a good mother, there is never a doubt she loves her daughter with every fiber of her being.

Then there is Dafoe. The veteran actor slips into Baker’s stripped-down minimalist world with ease, Bobby becoming a three-dimensional figure of authority and compassion as events avalanche to their upsetting termination. Whether interacting with the children like a tired curmudgeon coming close to the edge of sanity, to the way he deals with business matters relating to his hotel’s inhabitants, to little observational quirks that show just how much he cares even though he can never admit to doing so, Dafoe is masterful. He is responsible for some of the films biggest laughs as well as many of its strongest tears, his interactions with Prince absolute perfection.

Impeccably shot by cinematographer Alexis Zabe, there is a sundrenched crispness to The Florida Project I couldn’t resist. Baker seems to get that the intimate nature of the visuals only augments the emotional veracity of the story being told, all of which helps make the events that climax the film echo with even more profound confidence than they ever would have otherwise. Additionally, it makes the final scene even more suitably surreal, this delirious bit of unabashed eccentric whimsy hitting home for me in a way that had me drowning in tears while also wanting to stand up and cheer. Friendship, even when darkness descends to take its pound of flesh from the guilty and the innocent alike, can sometimes salve even the deepest wound, a second of happiness maybe the bit of hope a breaking heart needs to see them through until a new dawn can rise. 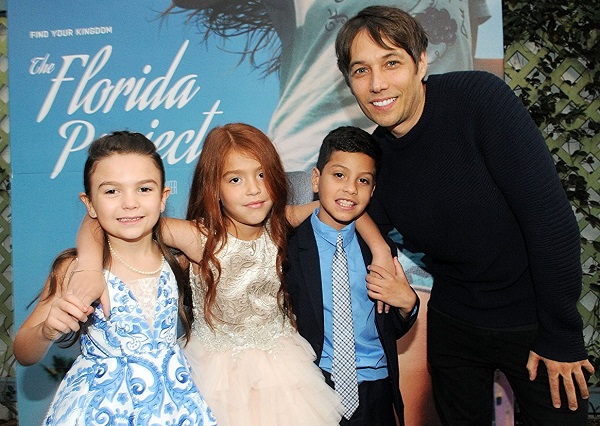 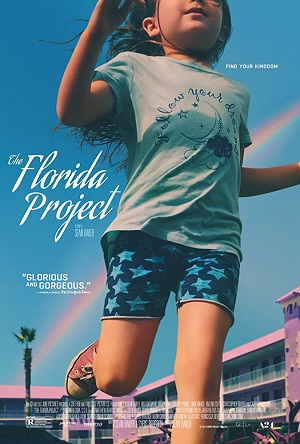