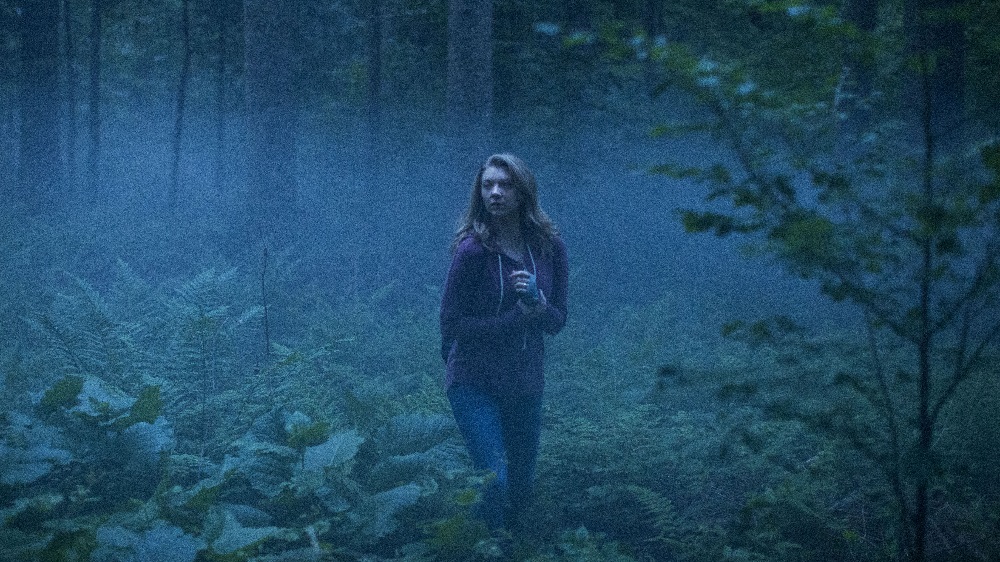 Sara Price (Natalie Dormer) knows her twin sister Jess is in trouble. While her loving husband Rob (Eoin Macken) feels this is much ado about nothing, the young woman immediately flies 6,000 miles to Japan to see what is going on. What she learns is that Jess has disappeared from the private school she teaches at, apparently heading to the Aokigahara Forest at the base of Mt. Fuji, a mysterious and secluded national park fabled to be filled with the restless spirits of those who have committed suicide within its ancient borders. 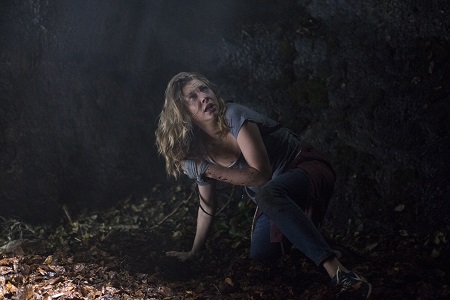 Not wanting to believe her sister would take her own life, Sara convinces expatriate travel writer Aiden (Taylor Kinney) and Aokigahara guide Michi (Yukiyoshi Ozawa) to lead her into the forest on what she hopes is a rescue mission. Finding Jess’ campsite, the driven American is certain if they just stay the night they’ll find her twin before the first rays of dawn filter through the trees. But Michi will not stay in Aokigahara when it is shrouded in darkness, lit only by the moon, and he urges the other two to leave with him, worried that when they both refuse he’ll return the next day to find them nothing more than sad additions to the forest’s ghostly graveyard.

There are a lot of terrific ideas floating around inside director Jason Zada’s feature debut The Forest, an eerie supernatural thriller set inside Japan’s hallowed Aokigahara, also known as “The Suicide Forest,” and at least during its compelling, heart-stopping first third it delivers on a great many of them. But the movie frustratingly never lives up to its potential, delivering a rushed, far too frenetic final act that’s both underwhelming and obvious, wasting a fine dual performance from “Game of Thrones” star Dormer in the process.

Part of these feelings of disappointment stem from the fact screenwriters Nick Antosca, Sarah Cornwell and Ben Ketai feel so beholden to horror tropes, never exploring far more interesting dynamics of regret and familial responsibility that frequently bubble to the surface. There’s a great human story here, one about two twins having experienced unimaginable tragedy, both choosing to battle the aftereffects of it in their own, deeply personal way. The mythology that the film crafts for the Aokigahara are perfect in this regard, allowing it to pull from Sara her pent-up frustrations and insecurities surrounding the death of her and Jess’ parents, the way she grapples with it all inherently intriguing on a deeply personal level that’s overflowing in undeniably intimate power.

While I get that this isn’t the story that Zada or his three screenwriters choose to tell, that doesn’t make the disappointment I felt that they refused to do so any less substantial. Granted, these feelings would have been heavily diluted had the scary stuff been scary or the climactic twists packed even a minor punch. Instead, plot mechanics involving the growing distrust between Sara and Aiden are much too mechanical, and it’s never altogether satisfying because the intricacies that are required in order for the two to find themselves on opposite sides of an argument are missing. More, the truth behind Jess’ disappearance comes practically out of nowhere, and while the climax cannot take place without these revelations, the fact things just sort of happen with zero explanation is understandably troublesome. 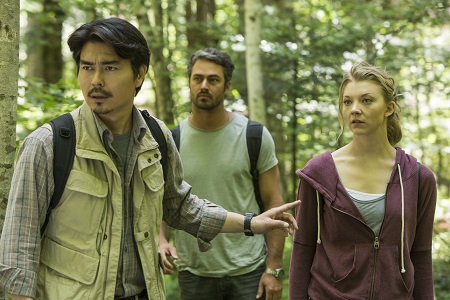 Veteran Japanese star Ozawa is excellent, however, and I could not help but feel the pain and the passion fueling his every move, Michi taking it upon himself to enter the suicide forest once a week to search for the bodies of the dead in order to hopefully help them find some semblance of peace. The film is also superbly shot by cinematographer Mattias Troelstrup (Don Verdean), Serbia’s Tara National Park standing in spectacularly for the Aokigahara. There’s also a wonderfully unsettling score from Bear McCreary (Everly) that’s ghoulishly excellent, the vibe of despair, apprehension, regret and melancholy he manages to craft omnipresent throughout.

If only The Forest wanted to be more than it is, attempted to explore the more interesting interpersonal emotional tangents it continually hints at wanting to look at yet infuriatingly never does, then maybe it could have been something glorious. Instead, the film feels more like an expertly crafted missed opportunity, a suspense opus filled with some solidly intriguing ideas that for some reason it refuses to investigate. 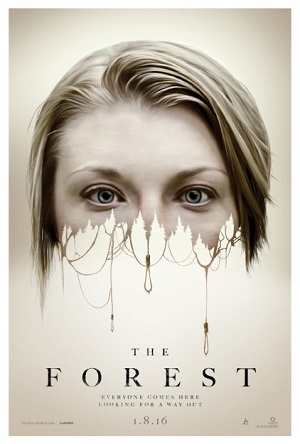