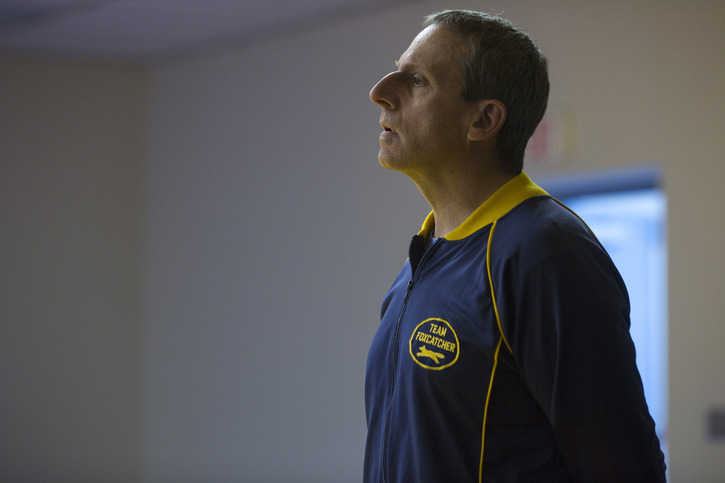 Truth is stranger than fiction in Foxcatcher, director Bennett Miller’s (Capote, Moneyball) cold, calculating and brutally uncompromising look at the dark side of the American Dream. Working from a calm, defiantly unsentimental script by E. Max Frye (Something Wild) and Dan Futterman (Capote), the movie takes a real life tragedy and makes the horrific and abhorrent lessons born from it universal in all their ugly, edifying glory.

Mark Schultz (Channing Tatum) is an Olympic Gold Medal-winning wrestler. Yet for all his success at the 1984 games he still lives in the shadow of his older brother Dave (Mark Ruffalo), also an Olympic champion, as well as a well-respected wrestling coach the U.S. National Team takes the time to listen to. While the two have an unbreakable bond, Mark can’t help but feel the lesser of the two, his confidence continually wavering as he looks for ways to step outside of his sibling’s massive shadow.

Enter eccentric heir to a massive fortune John du Pont (Steve Carell). He is obsessed with wrestling. More than that, he is equally driven to win the approval of his hardhearted mother Jean (Vanessa Redgrave) who views her son as a minor disappointment. Claiming he wants to put America first, saying he wants to see the country’s athletes reign supreme at the 1988 Olympics in Seoul, he convinces Mark to come to his estate, assemble a team of like-minded wrestlers, and train at his state-of-the-art facility at Foxcatcher Farms. Urged on by Dave, it proves to be an offer too fantastic to turn down. 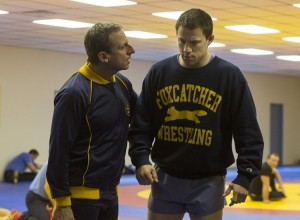 At first this relationship works wonders; and while du Pont is a little strange, he also proves to be something of a father figure for Mark, helping him build confidence off of the wrestling mat and not just on it. But he also loves playing mind games, toying with the athlete psychologically, building up his insecurities so that he becomes totally reliant upon the multimillionaire. Making things more insane, out of the blue he decides Dave must also come to Foxcatcher to be his “assistant,” making an exorbitant offer to both him and U.S. Amateur Athletics to make sure he cannot say no.

Miller focuses on these relationships with razor-sharp acuity. He uses the same observational focus that he applied to his previous two dramas, but here it feels even more searing, more rigid and more inflexible. This is a movie that is as lethal as it is ostensibly benign, with a clearly unbalanced du Pont eviscerating convention and platitude every step of the way. It slams the viewer to the ground with the same sort of fury and casual ruthlessness both Schultz brothers were known for dispatching their Olympic opponents with, not caring for a moment if it turns people off in the process of doing it.

The central trio of Carell, Tatum and Ruffalo unleash career-best performances, each giving themselves over completely to Miller’s vision, allowing them to cut right to the center of their respective characters. Tatum has never been this open, this naked with his emotions, almost as if he’s an infant trying to navigate the ways of the world trapped in an adult body he’s barely capable of controlling. As for Carell, his is a steadfast portrait of self-importance mixed with a healthy dose of self-doubt and a seemingly unending supply of insecurity, making his mind games and manipulations all the more unnerving in the process. 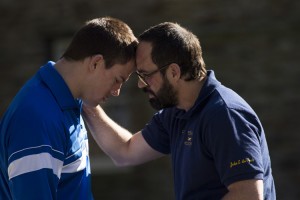 Then there is Ruffalo. On the surface, he’s got the more straight-forward role to play, the honest and upfront Dave, the kind of guy who shows you who he is right away, never apologizing for doing so. But his principled, family-first take on life does nothing to mask his intelligence, nor does it hide his ability to immediately sum up a person for who they are and potentially also who they have the possibility of someday becoming. At the same time, because of his success both on and off the wrestling mat, he believes he can handle any and all situations as they arise, and even when things start going sideways, never once does Dave believe he’s losing control. It’s a glorious performance, Ruffalo grounding things in a way that is deep, personal and always authentic, the tragedy and horrors to come becoming all the more devastating in large part thanks to his brilliance.

The movie struggles a little when it strays away from this central trio, Sienna Miller particularly wasted as Dave’s loving wife Nancy. At the same time, Foxcatcher is so mesmerizing, so consistently fascinating even its missteps don’t feel as unbalanced or as unfortunate as they otherwise might have been. As a director, Miller once again shows himself to be a steely, confidently perceptive filmmaker who knows how to bring out the best in his actors while also generating emotional responses from the viewer they might not have known were possible before watching. Make no mistake, this is one of the year’s best, and arguably most important, films; see it at once. 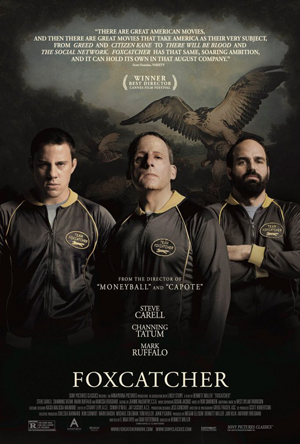