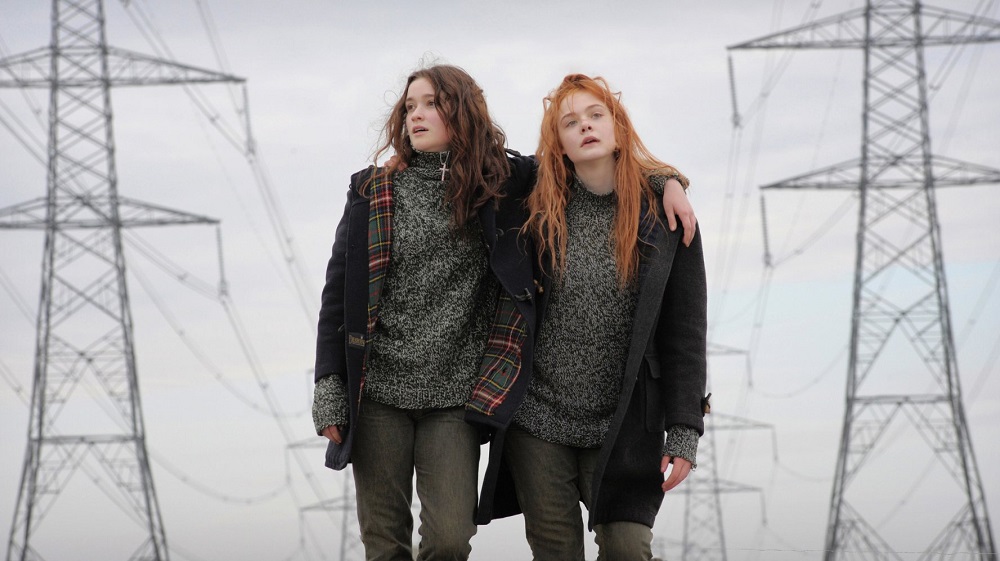 Ginger (Elle Fanning) and Rosa (Alice Englert) are inseparable. The two teens were born in the same hospital at virtually the same time just as America was dropping the bomb on Hiroshima. Now, 17 years later, the latter stuck in a broken home with a mother, Anoushka (Jodhi May), who barely speaks to her while the former resides in a bohemian netherworld with a mother, Natalie (Christina Hendricks), still stewing over what she sees as her lost chance to be a great artist, and a father, Roland (Alessandro Nivola), a free-spirited pacifist, the two girls take solace in the fact their friendship will forever remain unbreakable. 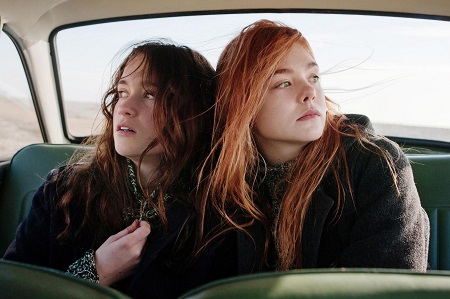 Or will it? The Cold War is heating up and the Cuban Missile Crisis has the world standing on edge, Ginger worried nuclear proliferation will be the undoing of humanity and is eager to raise her fist in protest. Rosa, on the other hand, is drawn in a different direction, not sure if solace would be better found in prayer at a church or in the arms of a young man eager to ravish her with kisses. The two are odds, especially when Natalie and Roland separate, both teens finding it necessary to spend time in the new home of Ginger’s father, their reasons for doing so as uniquely dissimilar as they are equally urgent.

There is something about the simple, raw and melodiously uncompromising frankness of writer/director Sally Potter’s Ginger & Rosa that allows it to soar above similar coming of age dramas and instantaneously become a thing of beauty. The woman behind Orlando and The Tango Lesson has outdone herself, delivering a movie that both caught me off guard and ravaged my senses completely, both at the exact same time.

Not that the movie offers up a ton that is unfamiliar. Ginger and Rosa’s stories aren’t anything we haven’t seen before, many of the travails facing these young women ones that have been encountered in numerous similar stories. It is in the way that Potter deals with each revelation, the way she handles each lady’s evolution, how she brings things to such an emotionally palpable boil, that’s what makes this movie so special, all of it coming together in a way that brought tears to my eyes and a smile to my heart with breathtakingly authentic ease.

This is Ginger’s story, to be clear, Rosa the secondary sparkplug adding to the melodrama swirling about our heroine. I loved how we see things so clearly through her eyes, making the dialogues between Natalie and Roland, her forays into differing corners of 1960’s British nightlife and her interactions with intellectualist family friends, both named Mark (Timothy Spall, Oliver Platt) all the more poignant. I liked how honestly Ginger reacts to Rosa’s changes (some might even call them betrayals) with such brittle authenticity, making her climactic boiling over responding to all her friend’s decisions intimately believable, Potter’s delicately balanced script just astonishing.

Fanning is awesome, giving a performance worthy of entering into any 2013 “best of” discussions that will happen later this year. Sadly this debate will probably not happen thanks to this film’s modest domestic prospects and the fact its distributor isn’t exactly one with a ton of industry clout. Still, the young starlet is extraordinary, finding nuances and crevices within Ginger that are magnificent. She outshines her more established costars, including a winning Annette Bening, with whom she shares more than a couple of strong scenes with, and I highly doubt I’d be reacting as strongly to the film as I am had she not been its star.

Not that I want to slight the rest of the cast. Nivola is excellent, his final scene with Fanning having a potent depth that hit me right in the gut. Both Platt and Spall make spirited work out of their rather pedestrian, maybe even a little cliché, characters, their relationship far more loving and authentic than it has any right to be. “Mad Men” favorite Hendricks is also very good, while Englert is as far removed from her fine work in Beautiful Creatures as is likely possible, proving she’s a multifaceted talent worthy of keeping an eye on. 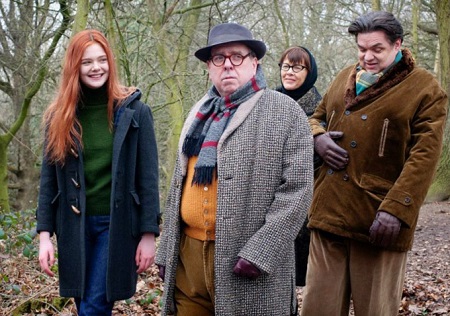 Potter’s direction is immaculate, while Robbie Ryan’s (Wuthering Heights) exquisite cinematography is as exacting as it is observationally nuanced. The director’s use of sound and music is also wonderful, all of the differing ambiances going on within Ginger’s world heightening the emotionalism of the piece in a way I could never entirely put my finger on but always knew was affecting me on a very deep level.

Ginger & Rosa is excellent. Along with Abbas Kiarostami’s Like Someone in Love and Steven Soderbergh’s Side Effects, Potter’s latest is one of the few motion pictures to hit screens in 2013 that I know deep down I’ll still be ruminating on and contemplating come December. While not covering new territory, it is still a glorious achievement of breadth and beauty anchored by a performance from Fanning that’s superb. I loved this movie, end of story, and I can’t help but hope others who take the time to see it will end up feeling the same. 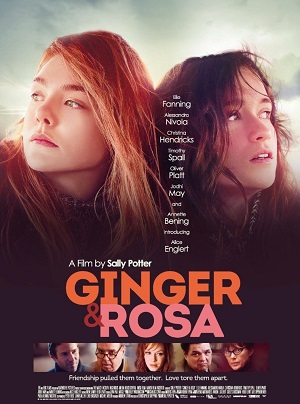