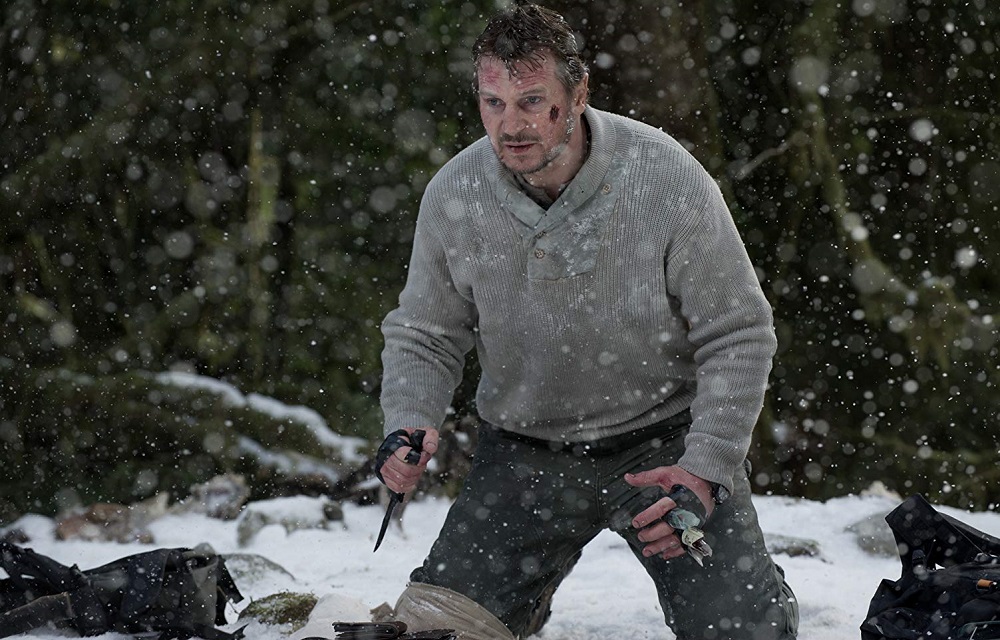 Somewhere deep in the wild winter recesses of Alaska, a plane has crashed. Oil company sniper Ottway (Liam Neeson) has survived, and out of a good fifty-plus passengers and crew only six other men can say the same. With no weapons other than a couple of knives, with barely any usable material left within the wreckage, with no way to call for help or any chance of rescue considering their remote locale, the group decide to trek into the forest hopefully head towards some semblance of civilization. 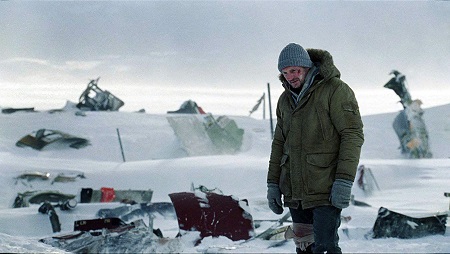 But they are not alone. A pack of hungry wolves has already fed on some of the dead, their hunger for human flesh made even more aggressive considering the crash has taken place near their den. They have Ottway’s and the rest of the group’s scent, and they will not stop until every one of them is dead and this potential threat to their pack has been eliminated.

Joe Carnahan’s The Grey is easily the filmmaker’s most intriguing, unusual and risky effort to date. Light years better than either The A-Team or Smokin’ Aces (both of which I did admittedly enjoy) yet while not reaching the same level of excellence as the director’s stupendous Narc, this movie is nonetheless a fascinating existential survivalist thriller worthy of a cheer. Never quite going where I expected it to, following convention only to shatter it later on, building to the type of ethereal, obtuse climax Stanley Kubrick, Jack London or Terrence Malick would be proud of, the movie is as bewildering as it is amazing, offering up so much food for thought it’s almost impossible to consume all Carnahan is trying to say in a single sitting.

For those looking for some sort of comparisons to similar entries in the genre, I guess the best you could say is that the film is like some sort of surreal, iconoclastic melding of Alive, The Edge and The Thin Red Line or The New World, the finished product an epic fever-dream of imagination and cliché that perplexes and amazes in almost equal measure. While the surprises involving who lives and who dies (and in what order) is never in doubt, the pulse and the pace of the tale is so unsettling, so unbalanced, that doesn’t mean near as much as it otherwise would. There is energy, creativity and inspiration to burn here, Carnahan showing he’s got far more talent and inventiveness as a filmmaker than his previous two comic book-style action efforts remotely hinted at.

The director doesn’t always have a firm grasp of where it is he wants to go. Some of Ottway’s flashbacks to his wife’s loving embrace are oddly discombobulating, while the dialogue between the sniper and his companions can oftentimes end up being a little unintentionally stiff. The wolves themselves are like some monstrous nightmare straight out of some B-grade horror movie, gigantic offshoots of the CGI creatures found in the Twilight films or in last year’s abomination Red Riding Hood. They rarely look or feel real, lessening the inherent disquieting power their frequent attacks should have possessed. 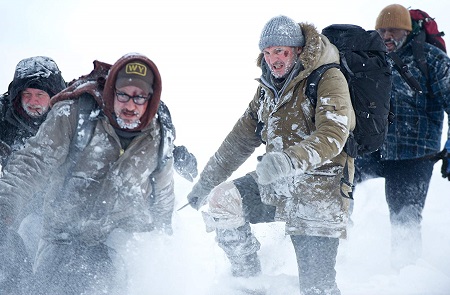 But Neeson is magnificent, showcasing an icy resolve that helps take things to a viscerally effective level that’s astonishing. Right away I couldn’t take my eyes off of him, watching his every move so important it became nearly impossible to remember who the other men were or why they were important. Sure costars Dermot Mulroney, Dallas Roberts and especially Frank Grillo have their moments, and certainly there are sequences where the entire cast work together in a sizzling symmetry that’s stunning, but in the end this is Neeson’s showcase, and without him I doubt there’d be a heck of a lot to talk about.

I’ll be curious to find out how The Grey does with a ticket-buying audience. When the movie works, it works like gangbusters, and there are numerous pieces to it I can’t stop thinking about and I saw the darn thing back during the last week of December. It is incredibly shot by Masanobu Takayanagi (Warrior) and dynamically scored by Marc Streitenfeld (Robin Hood), while the team of editors who worked on this one have simply outdone themselves. But the movie is familiar, and there are few, if any surprises, things building to a nebulous conclusion some will consider nothing more than a self-indulgent copout. Yet I still like this movie, maybe even liked it a lot, and even for all its faults Carnahan has delivered a January thriller I cannot wait to see again. 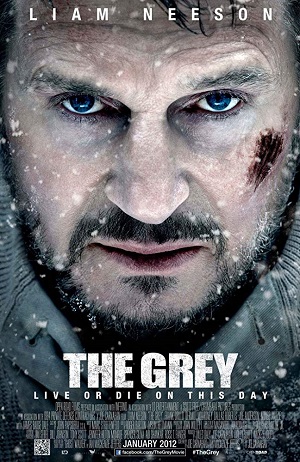