On his deathbed in Paris, Oscar Wilde (Rupert Everett) looks back on the various bits and pieces of his life. His release from prison has not resulted in the resurrection of his once great career. It has not brought him peace. Instead, it has only hastened his bankruptcy and fueled his oftentimes unbearable depression. As the days meld one into the other and each night seems to linger on longer than the one before, Wilde wonders if his former fame was nothing more than an illusion, and if those who once professed to love him only did so out of callous self-interest. 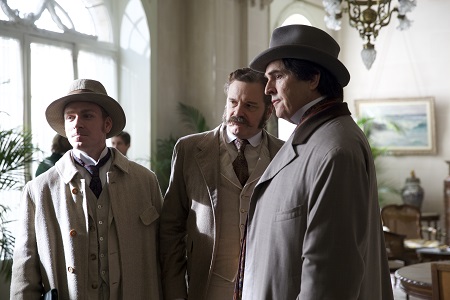 An obvious labor of love for director/writer/star Everett, The Happy Prince is as well-intentioned and as sumptuously mounted a historical drama as anything I’ve seen this year. Featuring a stellar supporting cast which includes the likes of Colin Firth, Emily Watson, Colin Morgan, Tom Wilkinson and Edwin Thomas, sporting exquisite production design courtesy of Brian Morris (Wimbledon) and a suitably mournful score from Oscar-winner Gabriel Yared (The English Patient), there’s plenty about this production to get excited about. Throw in a performance from Everett that’s as lived-in and emotionally complex as any the acclaimed actor has ever given (who is no stranger to Wilde what with his roles in An Ideal Husband and The Importance of Being Earnest for film and David Hare’s The Judas Kiss on the stage), and there’s plenty here to get excited about.

Even with that being the case, I cannot say I was quite able to embrace The Happy Prince as fully and as contentedly as I wanted to. Everett’s movie has trouble maintaining dramatic momentum. There’s an observational tediousness to the story as he has presented it that grows increasingly wearisome as events progress to their conclusion. For whatever reason, I kept feeling like the film was insistent on keeping me at arm’s length, and as such these latter days of Wilde’s life never captured my emotions in the ways I’m certain they were intended to. As deeply passionate as Everett’s performance is, as tearfully austere as the final moments of this story prove to be, I still came away more impressed with the work involved in making this motion picture a reality than I was with the actual overall finished product.

Not to say I feel Everett’s directorial debut isn’t worthy of a look. There are some superior moments here, not the least of which are any of the scenes between he and frequent collaborator Firth (who’s admittedly a little too old to be playing friend Reggie Turner; thankfully he’s so much fun to watch I can’t say the historical inaccuracy of his portrayal bothered me all that much). There is a convivial joy to their dual performances that’s transfixing, and no matter how dark or tragically depressive the material became there’s something about the sight of these two great actors working together in such relaxed tandem that’s frequently glorious. I was also taken with Morgan as Wilde’s lover Lord Alfred Bosie Douglas, the flippant pansexual tempestuousness of his performance tossing wild jolts of unhinged chaos into a movie that could honestly have used more of it. 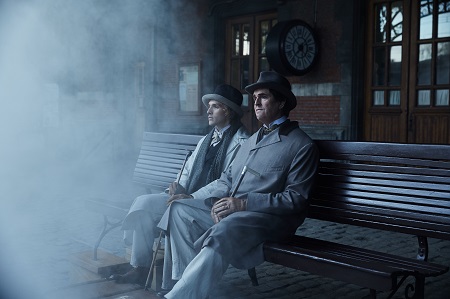 Then there is Everett. While the prosthetic makeup he ends up having to wear isn’t the best I’ve ever seen, none of that diminishes the actor’s show-stopping turn as Wilde. Everett always appears to be in control, continually has a handle on who the character is and what is going on with him at whatever point in time the story happens to be focusing on at any given second. There is a melancholic sensuality to his portrait of the sickly playwright and author I found fascinating, the actor’s passionate commitment to living every moment of the story as if it were happening right as the viewer is watching it borderline magnificent.

I’m a little frustrated that I didn’t enjoy the movie more than I ultimately did. I kept feeling like all of the insights Everett was building towards were much too obvious, and I never had the sensation that he was digging for any deeper truths that might lead me to a new understanding of Wilde that I had never contemplated before watching his film. While it looks stunning, and while many of the performances are outstanding, The Happy Prince never engaged all of my emotions, all of which sadly makes it a Wilde biopic where the wit upstages the heart and the clever isn’t nearly shrewd enough to conceal its more noticeable shortcomings. 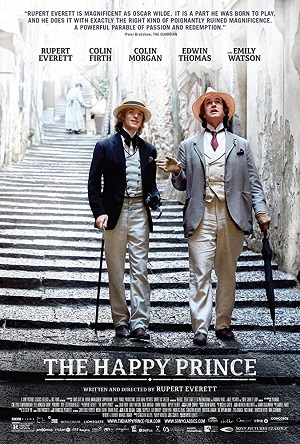