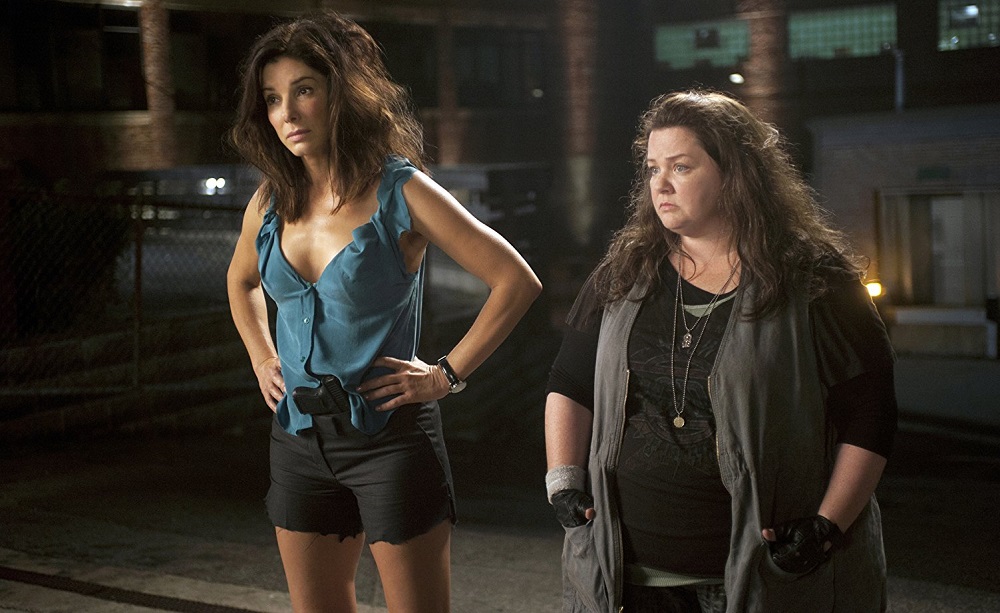 I didn’t see The Heat coming. Sure Melissa McCarthy is a fantastically talented comedian and actress, her work in Bridesmaids and on her hit television show “Mike & Molly” (as well as her inspired hosting gig on “Saturday Night Live”) speaking for themselves. As for Sandra Bullock, once upon a time the woman was a comedy titan, people forgetting just how hysterical 2000’s surprise box office hit Miss Congeniality truly was, her gloriously uninhibited performance an absolute sensation that’s undeniably fantastic. 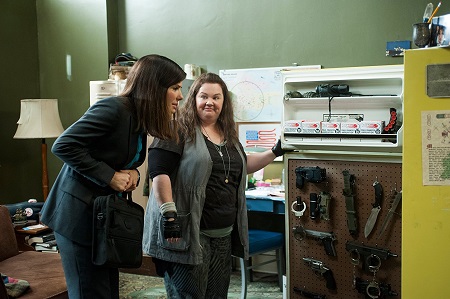 Yet with McCarthy coming off of Identity Thief, an early year success that nobody who’s seen it apparently likes, and Bullock’s post-Miss Congeniality comedic track record being anything but stellar (that film’s odiously inept 2005 sequel a definite low point), my hopes for this buddy cop comedy were decidedly low. Couple that sense of impending doom with the film’s spectacularly awful early trailers and in many ways the last thing I wanted to do early this week was sit in the theatre and watch it, and before it began I could only assume nothing short of an abysmal train wreck was about to be in the offering.

Well, you know what they say about assumptions, and after walking out of this film’s screening I don’t think I could have felt like a bigger, more foolish or self-important all-knowing film critic ass had I tried. Simple truth, The Heat isn’t just the best female buddy comedy I’ve possibly ever seen (sorry Outrageous Fortune, you’ve been replaced), but it might be one of the best buddy comedies, no gender bias, no additional descriptors, I’ve ever seen. Period. End of sentence. Nothing more to add.

Yes. You read that right. This movie could be up there with the Eddie Murphy trifecta of 48hrs., Trading Places and Beverly Hills Cop. It’s up there with Midnight Run. It’s up there with Gene Wilder and Richard Pryor at their best in Silver Streak and Stir Crazy. You can talk about it in the same breath as Stakeout, Lethal Weapon or Running Scared. Heck, I’d maybe go so far as to say that Bullock and McCarthy offer up as much chemistry, camaraderie and teamwork as the cinematic Holy Grail of buddy supremacy Paul Newman and Robert Redford exuded with such seemingly simplistic grace, and while I’d never say The Heat rises to the same classic heights of Butch Cassidy and the Sundance Kid or The Sting what the pair do here certainly merits the comparison.

Bullock and McCarthy are that terrific. Seriously. The ease with which they knock things back and forth, the grace with which they slip into their characters, the chemistry they radiate even though their personas are monumentally different, the two actresses rule over this comedy with so much confident ease the result is out of this world. They’re breathtaking, and while I guess a case could be made the movie itself runs a wee bit long (it’s just shy of two hours) I for one cannot claim as to being bored for a single solitary second.

The premise isn’t anything special. Heck, the synopsis makes the film sound like a poorly planned sequel to the Will Ferrell/Mark Wahlberg buddy cop comedy parody The Other Guys. Looking for a promotion, whip-smart New York FBI Special Agent Sarah Ashburn (Bullock) takes a rough assignment, going to Boston to track down a notorious drug lord who has managed to keep his identity a secret. She’s forced to partner with ostracized local cop Detective Shannon Mullins (McCarthy) even though her potty mouth shoot-first tactics go against everything Ashburn stands for. Initially enemies, the two slowly develop a trust that eventually morphs into full-blown friendship, their differing methods towards police work combining to make them an unstoppable duo criminals quickly learn to fear.

Like I said, it’s basic stuff, but Katie Dippold’s (TV’s “Parks and Recreation”) script is surprisingly smart, full of little ticks and quirks that instantly set it apart from the crowd. It uses the clichés inherent to the genre in a way that feels fresh while at the same time showcases a ribald fearlessness that’s wonderful. Director Paul Fieg, who shepherded McCarthy to an Oscar nomination the last time they worked together on Bridesmaids, controls things with precision, engineering each sequence with care. Missteps are rare, and seldom does a comedic beat fail to click, all of it constructed with such fizzy flair the cumulative effect it has upon the viewer is glorious.

But the biggest thing The Heat gets right is that it treats its two central protagonists as great law enforcement officers, nothing more, and certainly nothing less. While neither would be allowed to operate as they do in real life (like her male counterparts in 48hrs. or Lethal Weapon, McCarthy’s character would have been fired for any number of actions long before this movie even would have began), in this fictional environment and within the confines of this genre both women are acutely aware of the best way to go about their respective jobs, their coworkers, however begrudgingly, forced to accept that fact time and time again. What’s more, that they are women isn’t important let alone mentioned, and while Ashburn and Mullins never lose their individualistic femininity, they also aren’t forced to act or be more like the men around them in order to fit in with their mostly male coworkers. They just do their jobs. That’s it. Nothing more. Certainly nothing less, this fact alone enough to get me to shout from the rooftops just how awesome I think this movie is. 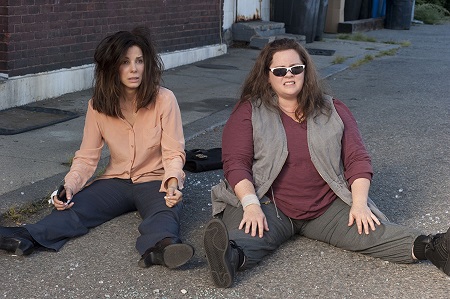 I’m being purposely vague about the interior dynamics of the plot or talking all that much about any of the supporting characters. The main reason is that to go into any of what happens in too much detail could potentially ruin the funnier bits, soften the gags and keep the viewer from laughing as boisterously as I did. Additionally, though, is the fact that for all of the script’s strengths it isn’t as if Dippold is reinventing the wheel. It’s fairly obvious where things are going. With surprises in that regard relatively few and just seems like talking them in any sort of detail is frankly unnecessary.

It’s easy to forget how great comedies like these can be when they’re in the right hands. When filmmakers treat the audience with respect, when the actors connect with their roles, when the script doesn’t follow the safe path but instead chooses to dig a little deeper, to take more chances, when all of that happens buddy capers like this one can become a joyous excursion worthy of celebration. The Heat is the crown jewel of just that sort of comedy, the laughs it generates pure, raucous and genuine. I loved this movie. More, I can’t wait to see it again. 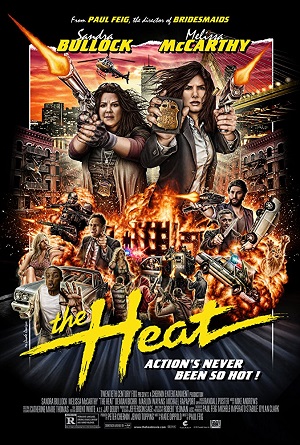