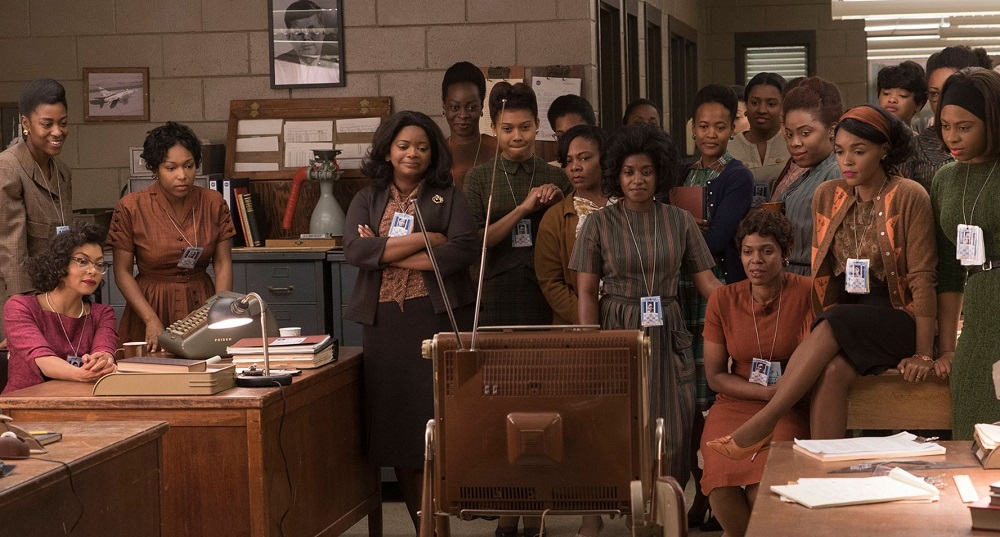 Hidden Figures is a revelation. Not just because of the story, one that had been seemingly forgotten, if not buried, for over five decades, but also because of the subtle sincerity that drives the narrative forward, the film itself an inspiring tale of intelligence, perseverance and achievement that in lesser hands easily could have become a facile melodramatic slog and not something utterly glorious. This is one of 2016’s finest achievements, and I for one hope Oscar comes calling for everyone involved with its creation in a big way. 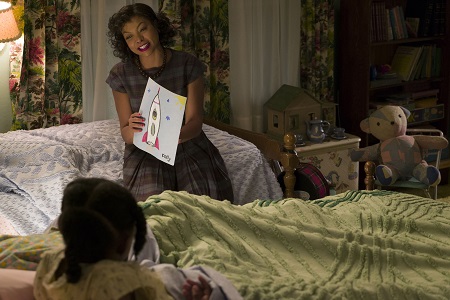 Based on the best-seller by Margot Lee Shetterly, while the script by director Theodore Melfi (St. Vincent) and Allison Schroeder has been somewhat streamlined and fictionalized in order for a concise, straight-forward story to be told, the nuts and bolts of the narrative are pulled from sadly little known historical facts. Katherine G. Johnson (Taraji P. Henson), Dorothy Vaughan (Octavia Spencer) and Mary Jackson (Janelle Monáe) are best friends and colleagues working at NASA in the “human computer” program. They’re part of the team assisting in the Friendship 7 Mission that will see John Glenn (Glen Powell) become the first American to orbit the Earth, and after that will be instrumental in helping the space agency realize President John F. Kennedy’s dream of landing a man on the moon.

Al Harrison (Kevin Costner) is the director of the Space Task Group, his team of scientists charged with making sure Glenn’s mission is an outright success. But they’re currently in need of a new human computer to assist with their math queries, and as such Johnson is tasked to their team to crunch numbers. But she’s far more experienced with complex equations and with finding answers to impenetrable conundrums than the majority of her white male co-workers expected, Harrison surmising it’s in the Space Task Group’s interest to give her a primary role. Next thing she knows, and much to his chagrin, she’s shadowing lead scientist Paul Stafford (Jim Parsons), analyzing all his numbers while helping to come up with new solutions that could make sure Glenn’s orbit goes as planned.

Harrison is a composite character, and a lot of the events surrounding the Friendship 7 Mission, the installation of a new IBM computer system at NASA and other various entanglements that Johnson, Vaughan and Jackson found themselves part of have been streamlined and condensed in order to fit inside the film’s rather efficient 127-minute running time. But Melfi and Shetterly eschew convention where they can, relying on each woman’s everyday intelligence to speak proudly for itself no matter what is going on. They don’t drown the proceedings in schmaltz but at the same time don’t didactically hammer home the horrendous segregated realities of the day. In the process, the Civil Rights battle growing inside the walls of NASA becomes all the more poignant, the naturalistic realism of making a deep, penetrating imprint I couldn’t stop thinking about long after the film had come to an end.

Johnson is the key figure, but all three women get their opportunities to shine. What’s most interesting is, even when at its most formulaic, the filmmakers find a way to make whatever actions are taking place sparkle with an electric authenticity that’s invigorating. Whether it is Vaughan immediately understanding what the installation of the IBM could mean to her crack team of human computers, to Jackson’s courtroom battle to take night school classes in a normally segregated classroom in order to become a NASA engineer, these potentially maudlin plot turns soar with a gracefully stimulating tenacity that’s inspiring.

Even so, Johnson, as she should, always remains front and center. Her triumphs aren’t just in staring down racist scientists or filling blackboards with virtuoso equations that could potentially make America’s push for the moon a reality, but also at home, the loving single mother always putting her children first no matter what else is happening. Johnson is a genius, but she’s also a human being, the delicate delight she takes in her friendship with Vaughan and Jackson, or the blushing self-doubt that sometimes overwhelms her during an unexpected courtship from warmhearted Army Colonel Jim Johnson (Mahershala Ali), all of it sparkles with realistic vibrancy.

It helps that Henson is brilliant in the role, finding just the right emotional balance as she navigates the complicated path the film follows all the way through to its rousing conclusion. She disappears completely into Jackson, her scenes with Costner having a particular electricity to them that’s just plain extraordinary. But Henson is equally wondrous in her moments with Spencer and Monáe, while her chemistry with Ali (almost certain to win the Best Supporting Actor Oscar for his turn in Moonlight) is resplendently off the charts. 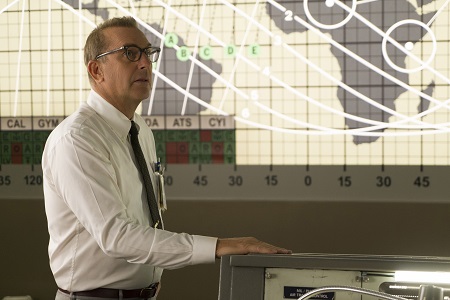 Parson’s doesn’t get a lot to do other than glower and act like a heel. Even so, Melfi and Schroeder’s script still refuses to use his insensitive priggishness in a melodramatic manner, keeping things rooted in a form of concrete realism that remains true all the way to the finish. Even when the film could understandably slip into a little bit of well-earned hero worshiping the filmmakers refuse to go there, the names authoring a document remaining true to history and not to typical cinematic convention. This makes the moment somehow even more powerful, this little second of victory still a cagey reminder that, for all these women achieved, the playing field they were competing on was hardly equal in comparison to that of their Caucasian co-workers.

But let’s not be coy or mince words: Hidden Figures is stunning. This is a story that’s, not just perfect for this time, but for all times. It is a movie certain to be looked at, treasured and discussed for a multitude of reasons, not the least of which is its breathtaking emotional virtuosity. It’s pretty much perfect, and I cannot wait for general audiences to get the opportunity to head to the theatre and learn that blissful truth for themselves. 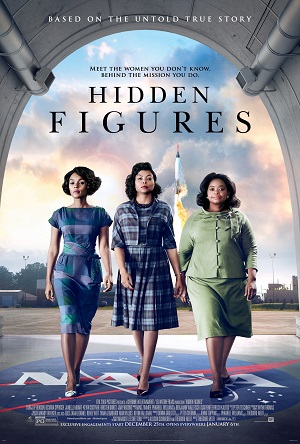